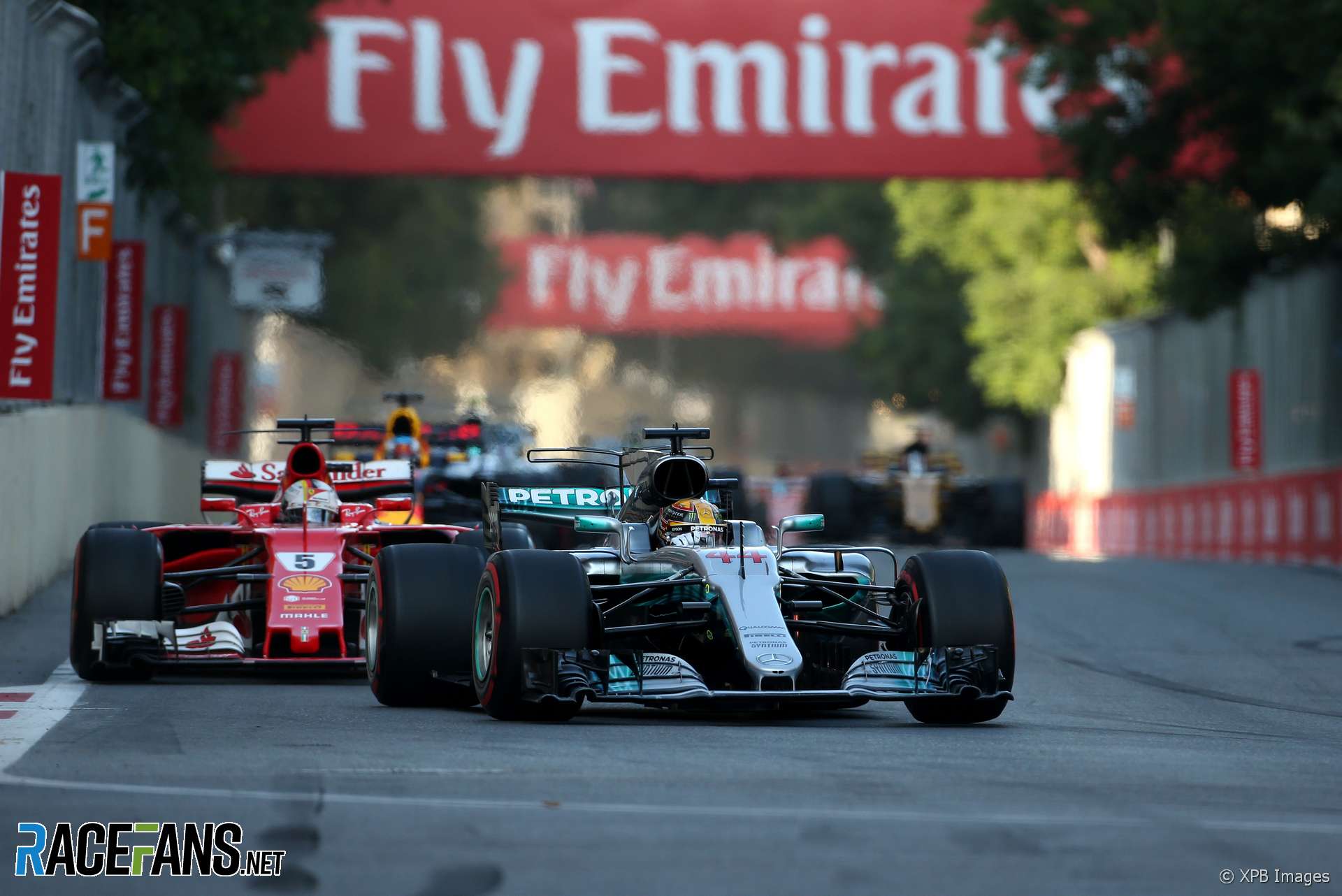 Mercedes were untouchable in qualifying for the first two F1 races on the Baku City Circuit. Has that changed in 2018?

Out of the last six races, only one has been won by Mercedes. Is this a statistical anomaly or a sign of tougher times for team which has dominated F1 since the current engine regulations arrived?

It’s likely a bit of both. Their rivals have clearly closed the gap, but equally Mercedes would have won in Australia but for an error in their race strategy calculations and they were clear contenders for victory in the other two rounds. And there’s good reason to suspect their win-less record for 2018 so far will be over by Sunday evening.

The Baku City Circuit, which is holding its third F1 race this weekend, looked like it had been designed for Mercedes when it first appeared on the calendar. Its huge straights gave them a clear performance advantage last year – recall how Lewis Hamilton edged Sebastian Vettel back into the chasing Mercedes customer teams at every restart last year before the clash between the pair.

In 2016 they were 1.2 seconds ahead in qualifying, last year it was 1.1s. But do Mercedes still have this kind of advantage? Hamilton has drawn attention to the potency of Ferrari’s power unit more than once since the season began. If the balance of power really has shifted, Baku will demonstrate it very clearly.

In China Max Verstappen discovered what happens if you try to pass Hamilton around the outside of a fast corner like turn seven. The misjudgement cost him a chance to win the race, and a subsequent clumsy move on Vettel compounded the error.

It’s been a rough start to the season for Verstappen. In Australia he spun which, as with his China mistake, meant he followed team mate Daniel Ricciardo home. In Bahrain his uncompromising attitude to racecraft cost him when he tangled with Hamilton.

Verstappen has drawn a sharp distinction between incidents where he accepted blame (note how readily he apologised to Vettel) and those where he feels he was in the right. If he finds himself in a similar situation this weekend – and Verstappen often tends to – he will be under considerable pressure to reign in his more aggressive tendencies and bank some points.

The saying ‘cautions breed cautions’ was never more true last year than in Baku, where a series of Safety Car periods led to the race being red-flagged due to the amount of debris on parts of the track. Run-off is very limited at several parts of the circuit, and the first two visits to the track taught us to expect practice will be punctuated by drivers disappearing into escape roads then slowly reversing out of them.

But while last year’s race was wall-to-wall thrills, the first visit in 2016 was a forgettable affair. Just what we’re going to see on Sunday is anyone’s guess.

It’s been a slow start to the season for Force India and Williams, both of which have major chassis upgrades planned for the race after Baku. As a result they’re unlikely to enjoy the kind of performance they had at this track last year, when both were podium contenders and Lance Stroll reached the rostrum for Williams.

How will they cope in the meantime? Williams’ excess drag is likely to make this a tough weekend for them. Force India’s problems are more a lack of load at the rear of the VJM11, which may prove more manageable at a circuit where outright straight-line speed is a greater determining factor.

Force India’s race in Baku last year was ruined when their drivers collided with each other. It ultimately made no difference to their championship position, but with points at a premium this year they cannot afford a repeat of the same this weekend.

While the two most recent races proved livelier contests than the season-opener in Melbourne, concerns remain over the difficulty of passing under the post-2017 aerodynamic regulations.

Aerodynamic tweaks to the cars for 2019 to aid passing have been proposed but have not been agreed yet. Azerbaijan is the final race before the April 30th deadline for finalising changes to next year’s technical rules.

Are you going to the Azerbaijan Grand Prix?

If you’re heading to Azerbaijan for this weekend’s race, we want to hear from you.