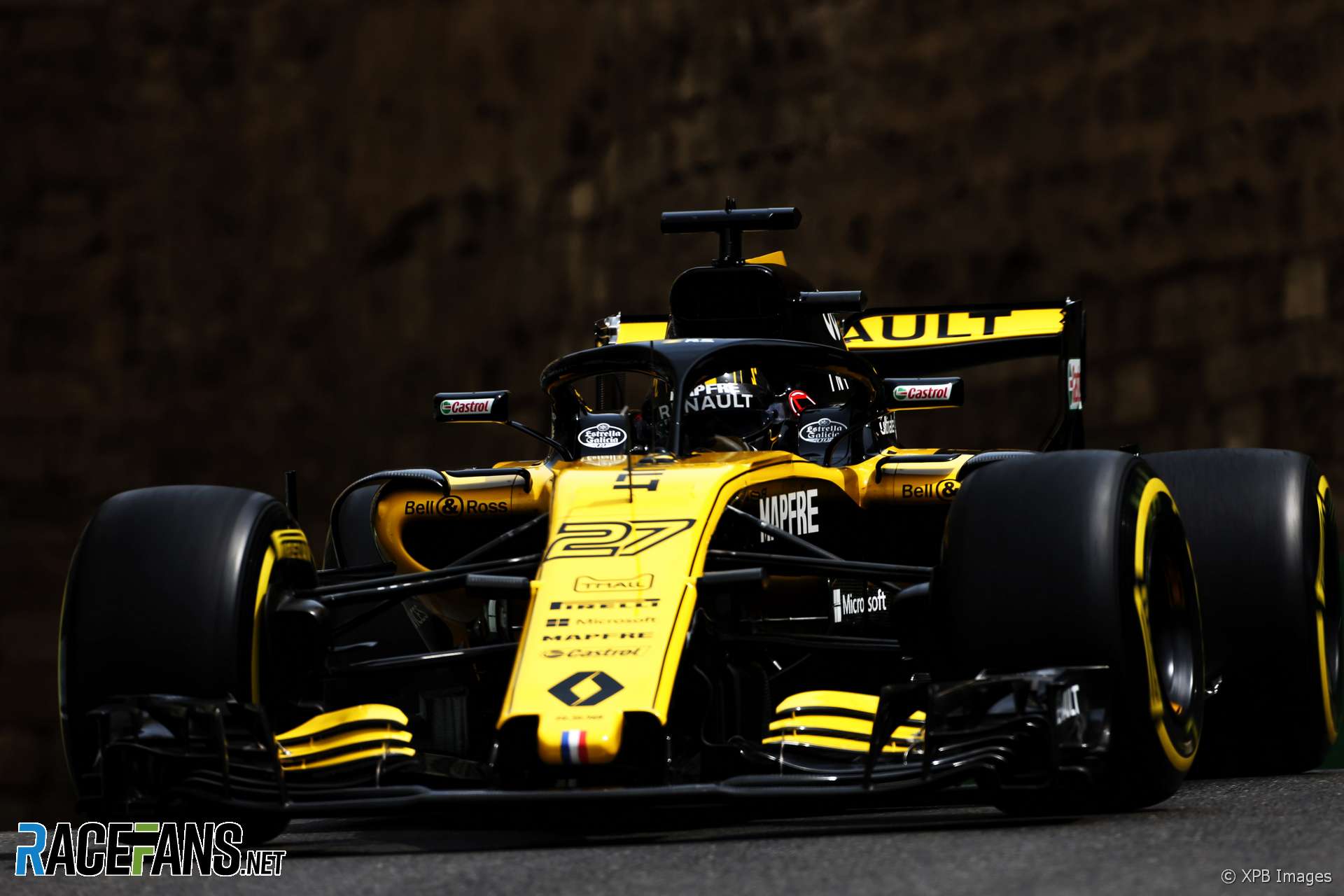 Nico Hulkenberg will be demoted five places on the grid for the Azerbaijan Grand Prix following a gearbox change on his Renault.

The Renault driver had to change his gearbox following problems in the final practice session. As he has not completed five consecutive events with his current gearbox, he will incur a penalty.

Hulkenberg ended final practice in 17th place, his running having been limited due to the gearbox problems. Renault said the team expects to complete the gearbox change in time for him to take part in qualifying.

3 comments on “Hulkenberg to take grid penalty for gearbox change”