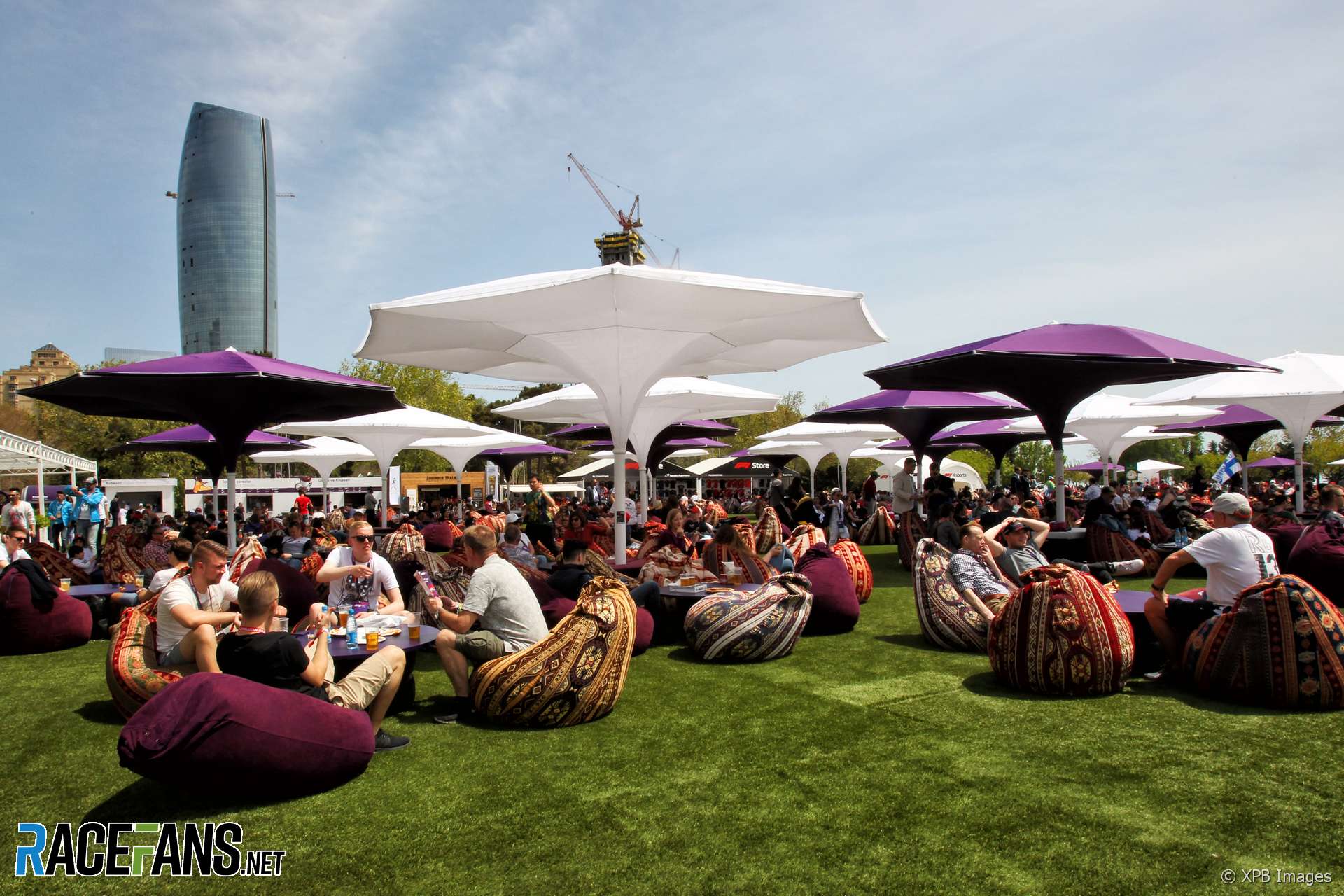 Bernie Ecclestone is back in Baku – but why? @DieterRencken reports from the F1 paddock at the Azerbaijan Grand Prix.

I wake up late-ish: the grand prix runs (largely) to European time schedules, so no need to beat the sparrows. Amazed at how quiet Baku’s streets are – Azerbaijan is a predominantly Muslim country, but has ‘Freedom of Faith’ laws and all major religions are represented.

The country adheres to western working weeks, with many convenience shops open 24/7, so there should be some early morning bustle, but even the metro station is quiet. Azerbaijan’s oil riches have facilitated renovations of many of the stately buildings that had become run-down during the Soviet era, with the building adjacent to mine currently undergoing a façade-lift.

I take breakfast in the media centre, and again it’s an adventure: apple slices drenched in cinnamon sauce, coffee flavoured sandwiches and various Turkish-style cookies, washed down with coffee potent enough to power a Boeing.

An early wander through the paddock is always rewarding: a snippet here, exchange of gossip there, revealing body language in some garages, and, above all, opportunities to check out who is talking to whom. Clusters of people usually indicate some conspiracy or other.

The big talk is the expected wind on Sunday, with some folk suggesting 80ph gusts, although the smart money is on wind speeds half that. Either way the wind is sure to affect the outcome in some way.

On my walk I see Bernie Ecclestone, nattily dressed as always, wandering about, seemingly in search an ear. Every time I see the former F1 tsar I wonder what he hopes to achieve through his (admittedly increasingly infrequent) visits to the paddock. His time has passed, yet not even his close circle seems to recognise that.

First practice starts and it is intriguing to observe how drivers push beyond the limit as they re-acquaint themselves with the circuit: wide run-offs mean they are seldom punished by walls or barriers, with most afterwards admitting to having had a brush with a wall in the twisties, but with no damage – excluding, that is, Max Verstappen. Despite a two kilometre straight, the circuit provides enough variation to provide a challenge to drivers and engineers.

Usually my favourite time slot of the weekend as it’s a chance to grill the team bosses called up by the FIA. This time the talk is more technical and somewhat guarded. Red Bull’s Paul Monaghan is joined by Mercedes’ James Allison and Pirelli’s Mario Isola – the latter’s comments differ somewhat from his usual Friday sessions.

The team members agree a return to refuelling in 2021, due to the cars having higher rev limits and increased fuel flows to compensate for a reduction in exhaust-generated energy recovery, would be undesirable. Thus F1 faces two options: increase fuel tank capacity (and thus starting weight), or limit the amount of fuel available, resulting in even more “lift-and-coast”. Catch 22.

I’m amazed at how poorly some teams plan their media sessions: two teams had both their drivers scheduled for the same time, meaning journalists managed to catch one or other but not both. In addition there are clashes galore, with up to four slots overlapping – at times at opposite ends of the paddock.

Ultimately, F1 is in the media business – and is owned by a media company – yet some teams appear to do everything possible to prevent access. A little co-ordination would not go amiss and help the sport, teams, media and, ultimately, the fans.

Head for apartment, grabbing a beef kebab en route. I’ve had better, I’ve had worse – but never cheaper: a quid for a filling meal. Catch up on BBC World News, read some and then hit the pillow around midnight.