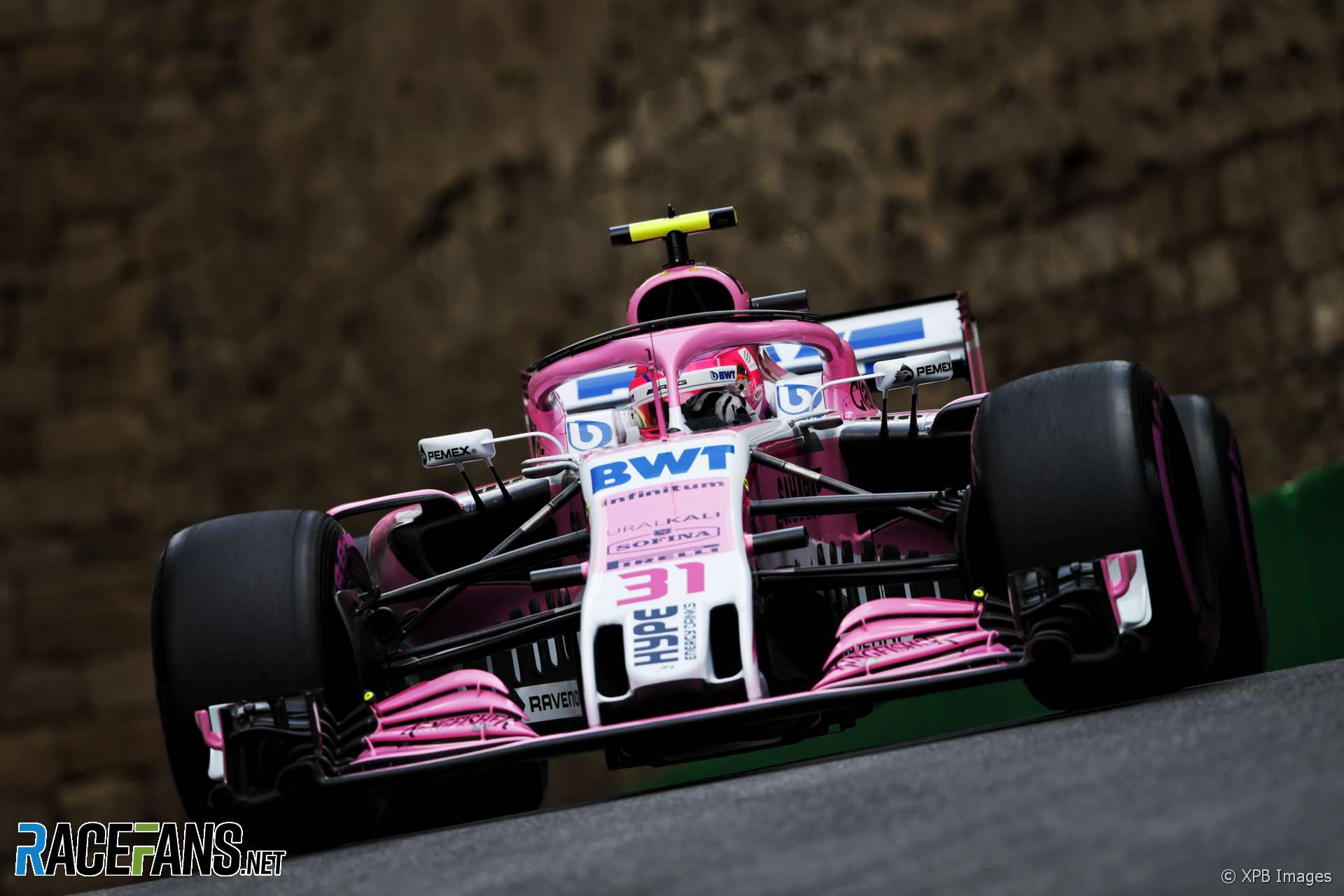 In the round-up: Toro Rosso’s Pierre Gasly says he is impressed by Force India and Williams’ sudden resurgence in Baku.

The Force India drivers headed the midfield while Williams were close to reaching Q3 – a development Gasly didn’t entirely anticipate:

I’m massively surprised with Force India and Williams. Of course we know it’s a power unit track so we expected them to be much better than on other tracks. But they made a massive step. They boost things in a way which works really well for this kind of track that we didn’t really understand.

Ricciardo: ‘I take around 100 flights a year, so I need stamina’ (The Guardian)

"My year consists of 20% driving and 80% media, marketing and travel. I take around 100 flights a year, so it requires stamina. I always push through sickness; if I woke up with a vomiting bug I would still make it on track."

Sirotkin was investigated for impeding Ericsson but was cleared by the stewards. #F1 #AzerbaijanGP

So the GPS from my track run looks like the wanderings of a drunk man.
But now steak sandwich from @AbsoluteTaste – perfect. Thanks Chef Paul! pic.twitter.com/gZQsCXMvPI

Pre qualy tunes from @Avicii . I'm smiling because his music makes me happy, still unreal that he's gone. RIP legend, you and your music will never be forgotten. #ME9 pic.twitter.com/Faq69I2DGV

Well, they would oppose it, wouldn’t they?

Should the fact that Mercedes has invested a lot in this mission control operation be a good reason not to ban it? No. That’s the same answer they give to any talk of change, but everyone knows they have the most money and spend it very freely to gain any advantage they can.

It sounds like a good cost-cutting and field-leveling move to me. The other objection I hear to change is that it will put people out of work at Ferrari and Mercedes, and to me that is very much a secondary consideration for the people responsible for managing F1.
Bridge Wilson (@Gwbridge)

17 comments on “Gasly “massively surprised” by Force India and Williams”