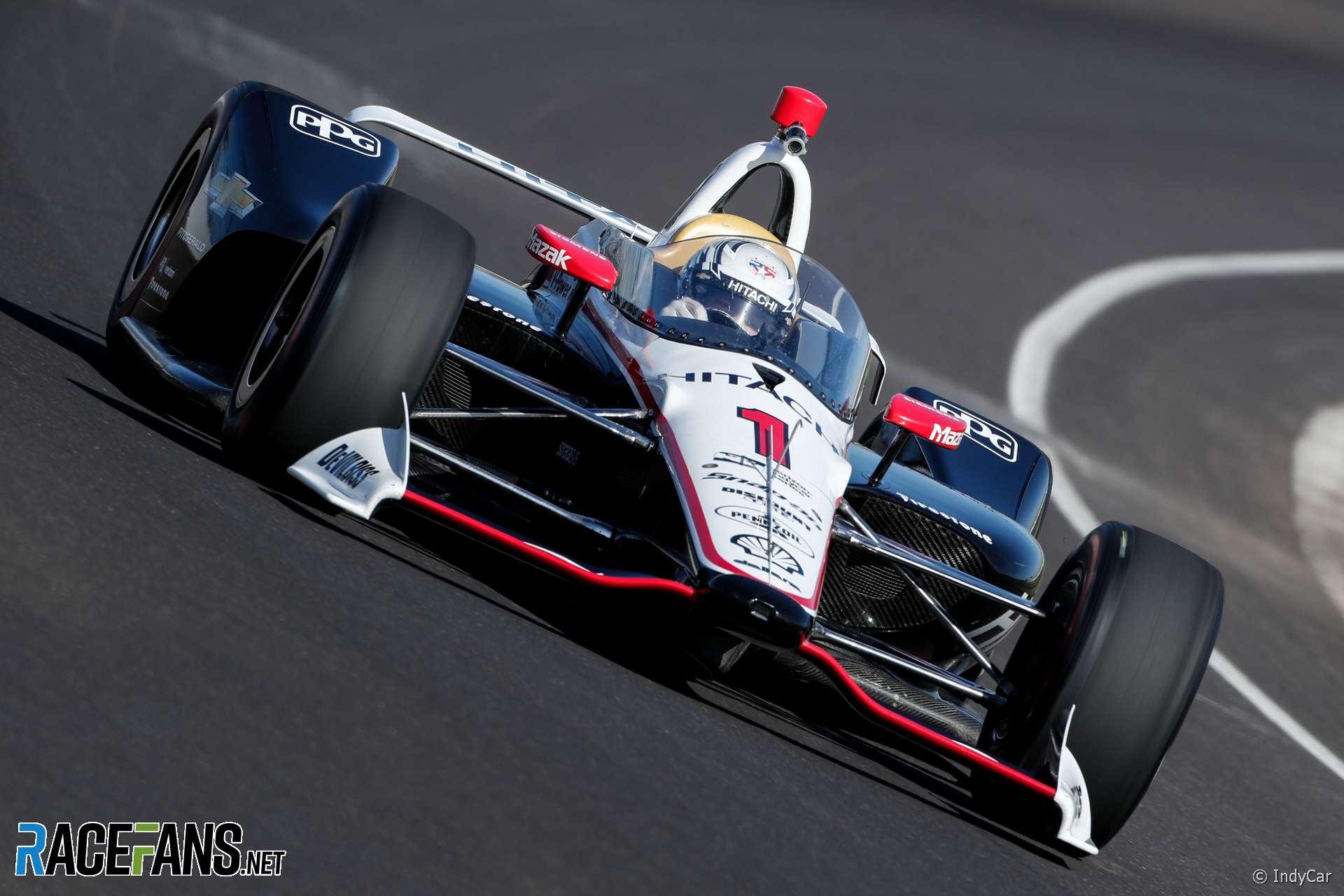 IndyCar has continued tests of the windscreen, its alternative to F1’s Halo, in testing for the Indianapolis 500 today.

Reigning champion Josef Newgarden tested the screen on his Penske. Ganassi driver Scott Dixon is the only other driver to have conducted real-world testing of the screen, in a run at IMS Raceway in Phoenix two months ago.

Penske added a vent to its car in front of the windscreen to aid driver cooling following Dixon’s feedback from his test.

Newgarden said the test was “fascinating” but said some changes are needed to improve vision through the screen.

“The most interesting thing to me was the visor changes [on the helmet]. Going from a fully-smoke visor to a clear visor was better. It helped with the visibility and the clarity.

“There’s small improvements to be made, especially with the clarity with the visors and the perception to see through it. It was easy to make it work, I didn’t have any major issues with it, and I think IndyCar did a nice job.”

Newgarden’s run with the windscreen can be seen in the video below:

24 comments on “Video and pictures: IndyCar tests windscreen at Indianapolis”