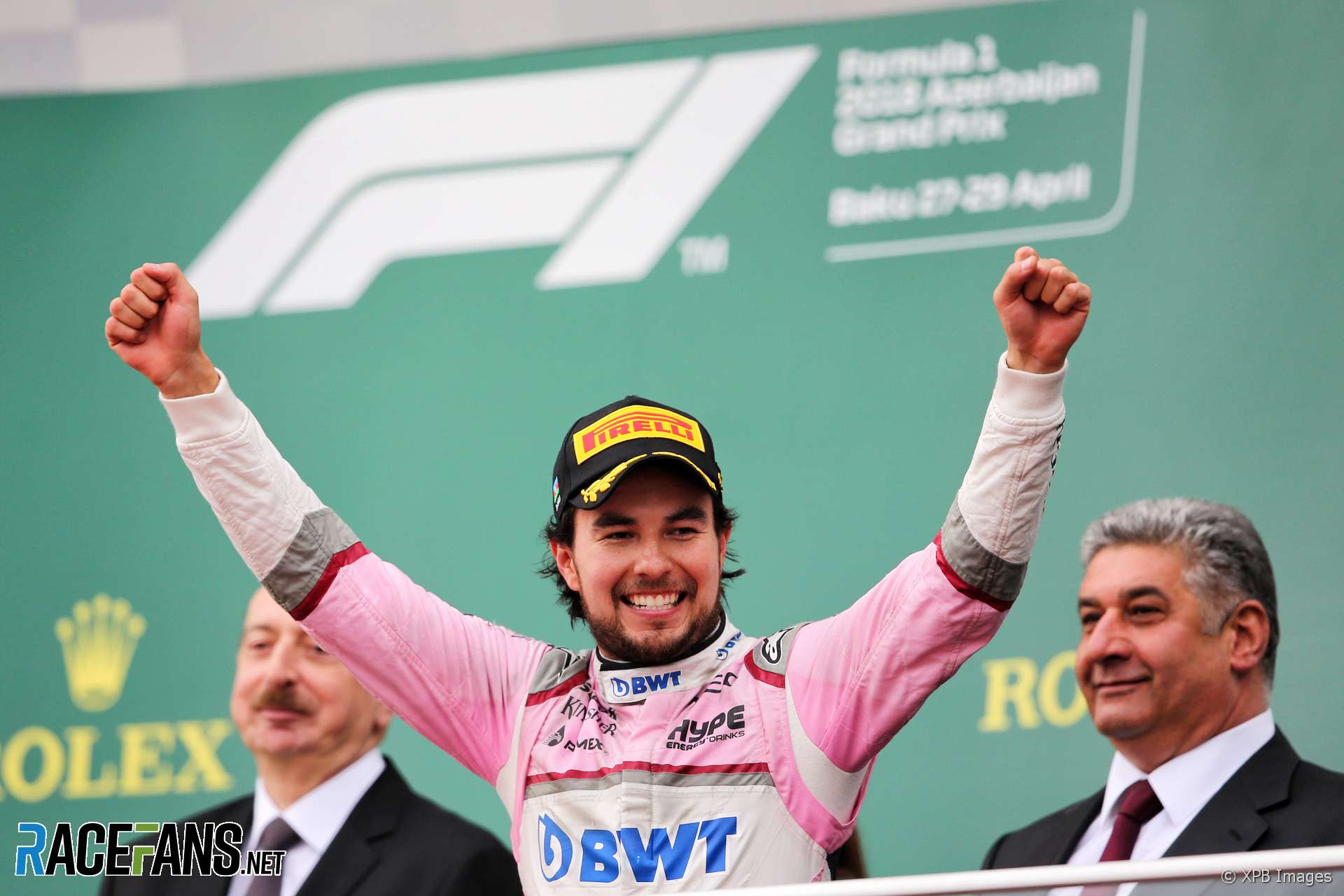 Sergio Perez scored a shock podium for Force India in the Azerbaijan Grand Prix. But he can consider himself fortunate as he was able to serve a penalty during a Safety Car period.

Having been hit by Sergey Sirotkin at the start of the race, Force India decided to bring Perez into the pits on lap two to check the damage and fit fresh tyres. The Safety Car was out at the time and on his way in Perez overtook Lance Stroll’s Williams before the first Safety Car line.

Around 40 minutes later the stewards issued Perez a five-second time penalty (plus two points on his licence) for the incident. By this time he had recovered to seventh place but had Romain Grosjean’s Haas four seconds behind him.

Perez probably would have made it to the end of the race on his tyres without pitting again, when he would have served the penalty. The five seconds would then have been added to his final race time and likely would have dropped him behind Grosjean and probably also Carlos Sainz Jnr, who was catching both of them.

But the Safety Car triggered by the Red Bull drivers’ crash changed all that. To a man, the front-runners took advantage of the opportunity to fit fresh tyres. Perez duly served his five-second time penalty and it appears he bought himself just enough time on his way into the pits to leave his pit box still ahead of Grosjean’s Haas.

Previously drivers were not allowed to serve time penalties during Safety Car periods. Jules Bianchi did this during the 2014 Monaco Grand Prix and was given a further five-second time penalty for doing so.

However the interpretation of the rules has changed since then. As FIA race director Charlie Whiting explained yesterday, drivers are now allowed to serve time penalties such as these during Safety Car periods.

“Five seconds is five seconds whatever you do. It doesn’t matter if it’s done under Safety Car or what.

“It has to be done the next time the car comes into the pits. So whether he just waits five seconds and does a tyre change, five seconds is five seconds, it doesn’t matter when it’s done.”

The upshot was Perez took the final restart in fifth place, poised to capitalise on the dramas which befell Valtteri Bottas and Sebastian Vettel to claim his first podium finish since the same race two years ago.

His result came under threat again when he was investigated by the stewards for using his DRS incorrectly during the race. Although he and two other drivers were found to have done so, they all avoided penalties, and Perez’s third place was safe.