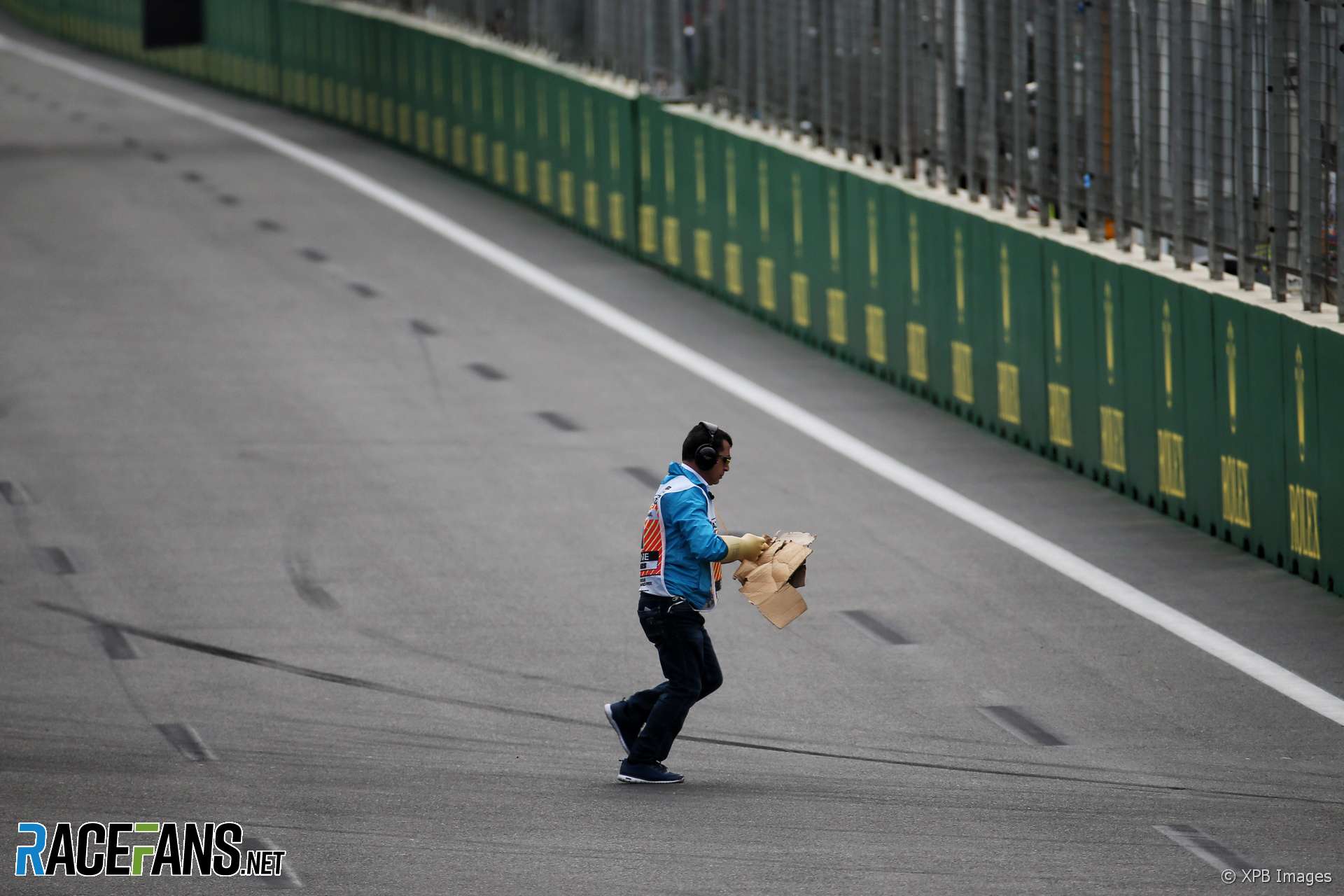 The Azerbaijan Grand Prix should have been red-flagged during the final Safety Car period to let marshals clear the track of debris, Williams driver Lance Stroll believes.

“Everywhere there was debris,” said Stroll. “Turn one, turn three, the whole track.”

He compared the situation to last year’s race in Baku which was red-flagged due to debris.

“I expected a red flag. There was way too much debris, they didn’t get the red flag out, I don’t know why.

“I thought it would’ve been better for everyone because the tyres were getting so cold, also. The Safety Car was going so slow so it probably would have made more sense to do like last year.

“Get a red flag, everyone gets new tyres, clear all the debris and we can go racing. Last year we had a very similar situation, the amount of debris on the track, it was clearly a red flag, there was no hesitation. But this time I don’t know why they kept the race going.”

Had the race been red-flagged race control would have had the option of using a standing start to resume it under new rules introduced this year.

The final Safety Car period was extended when Romain Grosjean spun into a barrier and retired. Stroll was running two cars behind him at the time.

“He just seemed to crash,” said Stroll. “I knew it was very difficult and purposefully was very cautious because I knew it was like ice under the Safety Car.”

23 comments on “Baku race should have been red-flagged – Stroll”