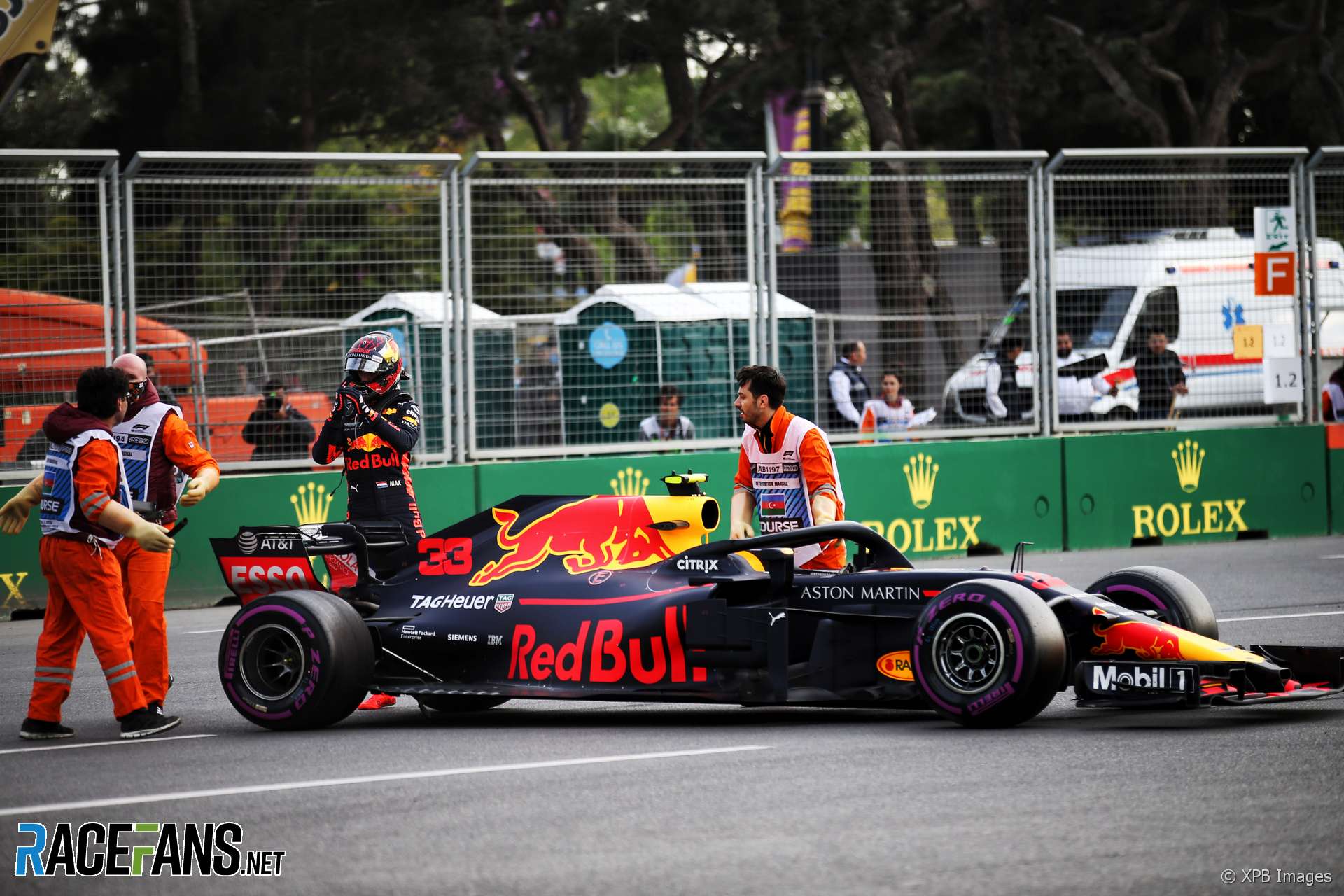 In the round-up: Sergey Sirotkin gives his verdict on the race which put both Red Bull drivers out of the Azerbaijan Grand Prix.

Sirotkin, who retired early from the race, was asked for his verdict on the collision between Max Verstappen and Daniel Ricciardo.

I saw it from onboard on Max’s camera. It didn’t look like he moved much under braking. From his point of view it looked like it was kind of correct.

We all know on the rules if you move there you cannot move back and blah, blah. It was much less of a movement than would be enough to say that he went over the limit, but enough movement to make confusion for Daniel.

Obviously in such high speed it’s also very bumpy so you can hardly see where you brake and so on. Obviously [Ricciardo] was confused right in the crucial moment before the braking, he couldn’t do anything more from there onwards.

I’m sure there will be many people who say one of them is completely responsible but in person I just think it’s a racing incident. Such a tricky track, such tricky weather, a misjudgement between both.

Just back from @BakuCityCircuit. Still can't believe a red flag wasn't thrown for Grosjean's accident. Couldn't miss the spot the next day on a track walk. pic.twitter.com/wPbDMNp8wL

A fourth-place finish on her Indianapolis 500 debut 13 years ago marked Danica Patrick out as a future star. Having left IndyCar for NASCAR at the end of 2011, she is now preparing for a one-off final bow in the race.

"As a racer he's amazing and, not that we would ever want to lose him, but I think it's criminal that he's been overlooked."

"The car will come with the lowest weight possible, and we will then run simulations to do what it takes to make Macau suitable to that car and to that power-to-weight ratio."

"The Brabham BT62 looks the part, and on paper it has the performance to match. It should appeal to those who enjoy and can afford £1m track-only hypercars. Where Brabham Automotive goes next is the big question. Will it settle for filling a track car niche, or aspire to grow into something bigger?"

Will there be a race in Miami on the 2019 F1 calendar, and what will it be like?

Miami’s climate is different from the rest of Florida’s. Miami’s climate is similar to that of the Caribbean’s whereas the rest of Florida is sort of an extreme version of the climate of the rest of the US east coast (humid sun-tropical). Also Miami is a fantastic place to have something like a Formula One grand prix – the weather is ideal in winter and with Los Angeles and New York it is the most cosmopolitan and cultured city in the entire US.

Less sophisticated places like Indianapolis and Detroit are not suitable for F1 because those cities have less appreciation for exotic stuff. And for anyone who hasn’t actually been to America- you will find that the West and East Coasts are two very different places climate and culture wise. For instance- having been to both Long Beach (Los Angeles) and Watkins Glen (New York State) and having lived on both coasts, I can attest to them being very different places. America is a cultural melting pot – that’s why it needs either two or three races.
Mfreire

38 comments on “Verstappen-Ricciardo crash was a racing incident – Sirotkin”