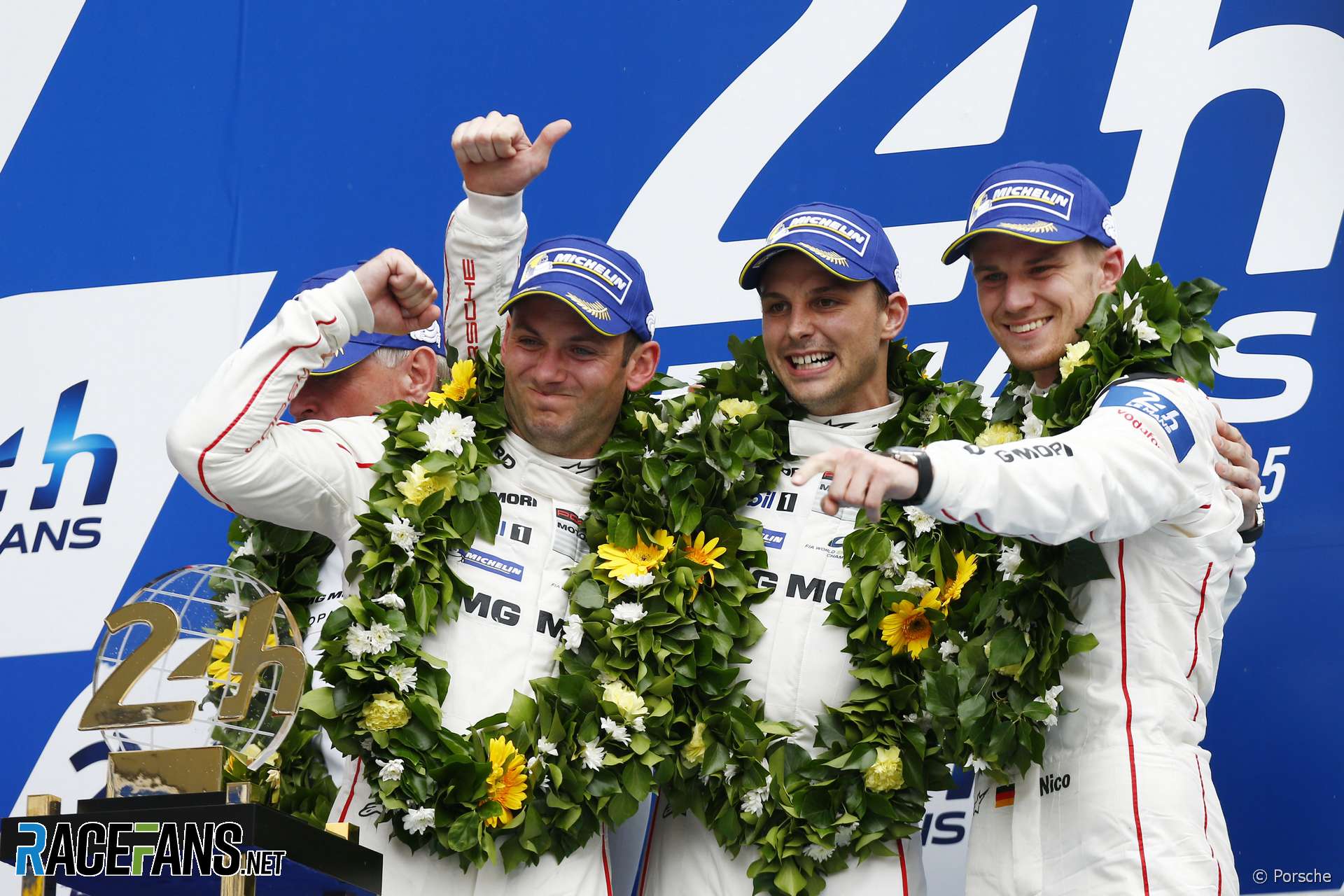 Missing out on a race-winning seat in the 2015 Le Mans 24 Hours spurred Fernando Alonso to enter this year’s race, the Toyota driver has revealed.

Alonso was in the running to drive the Porsche 919 which Nico Hulkenberg eventually took to victory in that year’s race with Earl Bamber and Nick Tandy.

“In 2015 I was so, so close to race that I regretted it for a long time, because Nico took the place and not only the place took the trophy,” Alonso explained.

After that he resolved to enter the race as soon as he could. “In ’16 I try again. In ’17 I give up a little bit because we were in a different situation. And so for ’18 I make sure that it was a possibility.”

However he said his interest in the race began several years before that first attempt to enter.

“I was always interested in the race. Antonio Garcia, who is one of my best friends, raced in a Chevrolet Corvette for many years and won Le Mans a couple of times so we were sharing the atmosphere. He was telling me how special Le Mans was so I was following the race from that time, and then in 2012-13, even more closely.

“Marc Gene won Le Mans 2009 so [I had] always an eye on the race. And then I was thinking I would like to do one time the race in the LMP1. I love the cars, the shapes, the prototypes, they look amazing. Then in 2014 I [waved] the start flag. I first touched the atmosphere of the race and I saw the cars in person for the first time.”

Today Alonso is making his first start in the World Endurance Championship at Spa in preparation for his Le Mans debut next month. Hulkenberg expects a driver of Alonso’s calibre will have no trouble settling into the series.

“I’m not aware of how much testing he has done but it took me some time to get my head around these cars because they want to be driven differently,” said Hulkenberg.

“I can only speak for myself but he’s one of the best and very experienced so if someone can do it, it’s him.”

Alonso has committed to doing the full eight-race 2018-19 WEC super season, while Hulkenberg only raced at Spa and Le Mans in 2015.

“For me it was a six-month project from start to finish,” he said. “You could see the beginning and you knew where it was ending. It was sort of more six months of doing two things that was very intense, very cool, great memories – and a good outcome.”