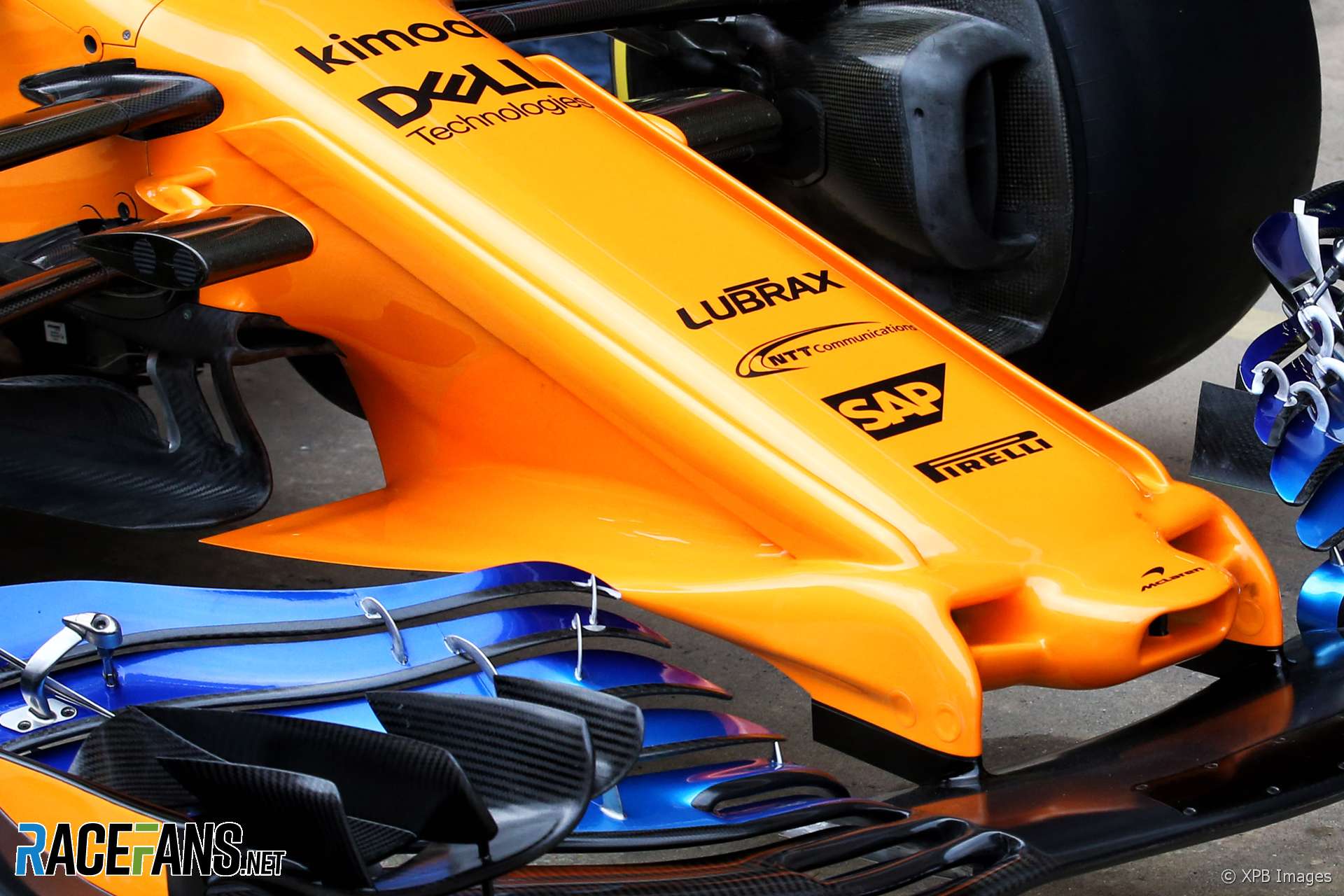 McLaren has revealed a radical new nose design for its MCL33 ahead of this weekend’s Spanish Grand Prix.

In a major departure from its previous design the new nose features a trio of vents at the front and vertical fins which extend to the onboard camera housings in front of the rear suspension. A horizontal plane sweeps out from beneath the wing.

The team is looking to make a significant step forward as Fernando Alonso estimated they are up to two seconds per lap slower than the front runners.

“If you take the first qualifyings over the year so far in Q2 times, that we [were] eliminated in all four races, we were 1.8-2.0 seconds behind. That’s my estimation, I don’t know how much they push in Q2, so maybe it is a little bit more or a little bit less, depends on the circuit.

“We have been in power-sensitive circuits so far in the first four races to I think here, Monaco, we see a different picture of different teams. They’re moving around, so hopefully McLaren is one of those that picks up a little bit of pace.

“And, as I said, Spain brings a lot of updates for all of the teams. Some of them they work better, some of them, they need a little bit more time. So, hopefully on that we can benefit somehow as well.”