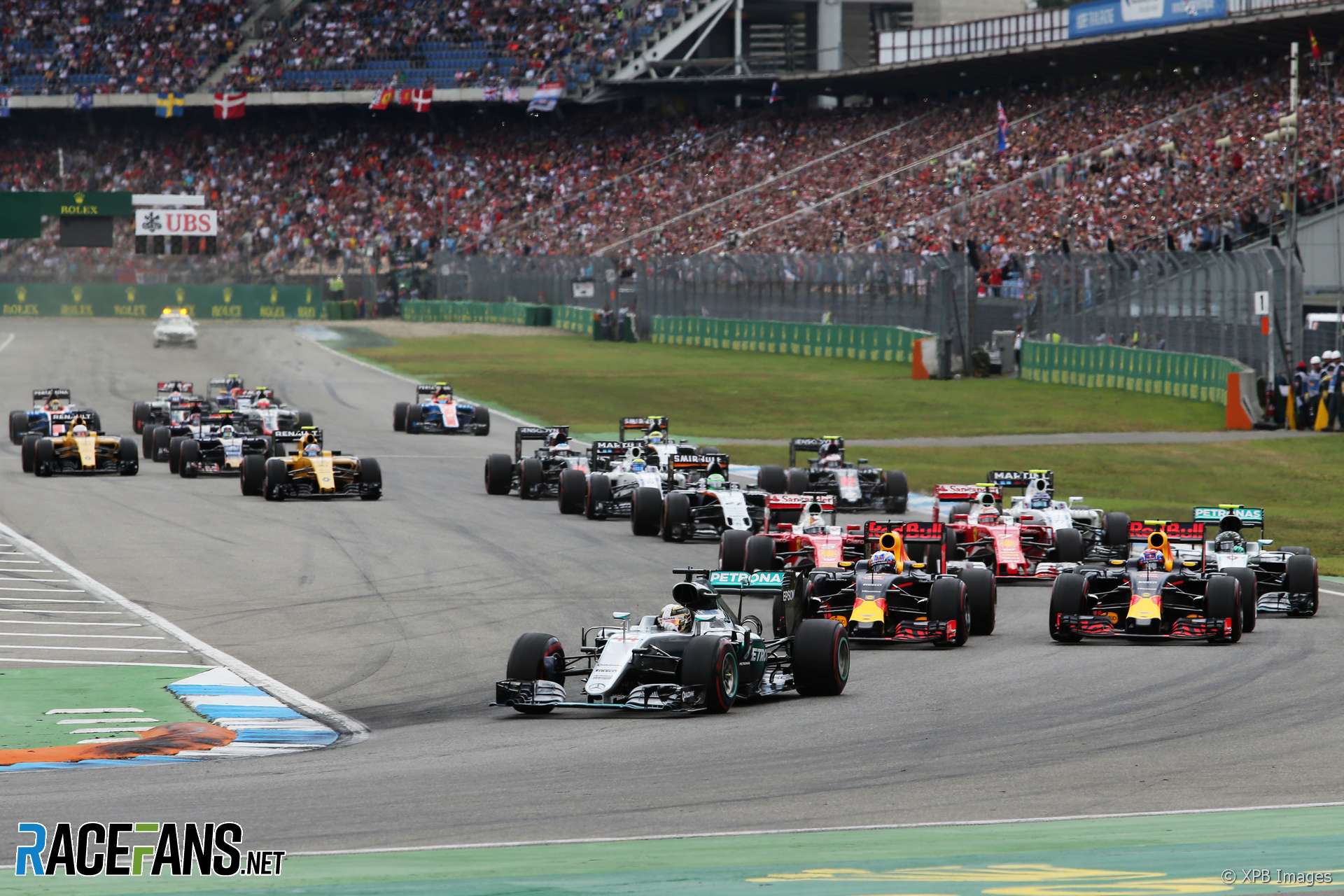 The promoter of the German Grand Prix at the Hockenheimring wants a “no risk” deal to extend its F1 race contract beyond the end of this year.

“We would like to have a contract which will take the risk from us, this is the basic point,” he said. “So we are not speaking now about the fee, we are speaking about a new contract where we definitely have no risk any more.

“Because we are a circuit which does not receive any financial support from anybody: neither from the state nor from the region nor from economic companies. We have to make and manage everything for ourselves.”

“We would be very happy to have Formula 1 in Germany, not only for us but for the fans, that’s the key point,” Teske emphasised. “But we have to change the basics.”

Teske suggested changing the business model for the race in order to reduce how much risk the Hockenheimring is exposed to. “This could be track rental, the easiest thing,” he said. “But it also be sharing of ticket income and sharing of costs.

“So this is now a question of the negotiations, how it could end up. But there are many models which could work without risk.”

With time running out to agree a deal for next season, Teske indicated Hockenheim may not hold a round on the 2019 F1 calendar.

A revival of the race-sharing deal with the Nurburgring is also on the cards, said Teske. The two tracks shared Germany’s round of the championship between 2007 and 2014, until the Nurburgring’s financial problems forced it to pull out of the deal.

“An ideal situation was if we and the Nurburgring has this alternating system,” he said. “It worked very well. We have two big and famous race tracks in Germany, Hockenheimring and Nurburgring, so definitely it would be worth having a race here and there.

“This is not a pre-condition so if it’s said it can only be one race track year by year we would agree – if the thing with the risk is clarified.”

Teske added he was more hopeful of agreeing the kind of deal the circuit wants now F1 is being run by Liberty Media.

“We don’t have a feeling if it’s realistic what we are asking for. We need to wait. At least they are listening. Now it’s up to them to go in the details and discuss with themselves how important it is.

“As I said before. I think such a system with Bernie [Ecclestone], was it realistic in the past to discuss this kind of model, I don’t know. Probably not. So it’s probably a little bit more realistic now.”