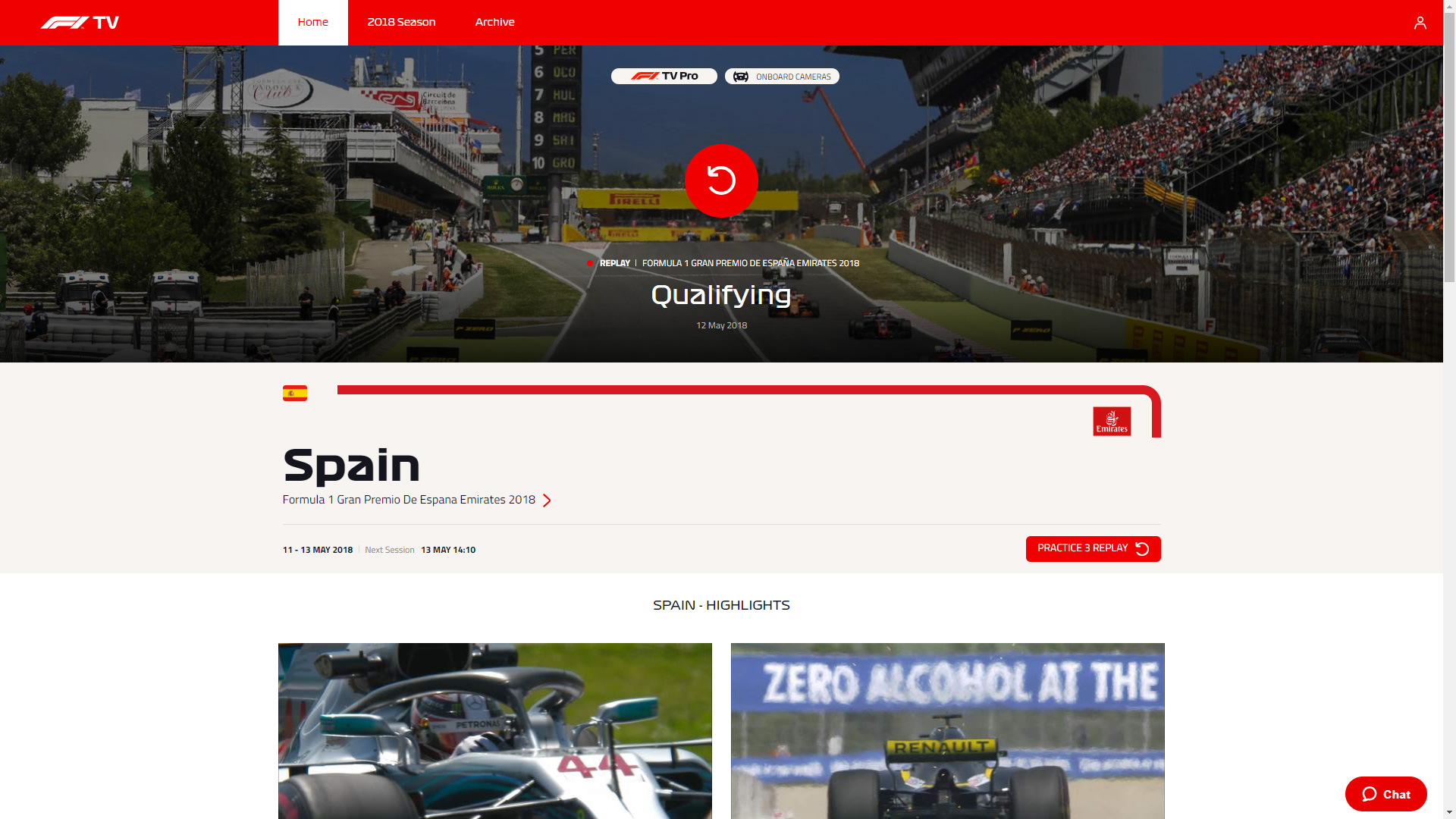 Users of Formula One Management’s new F1 TV service may receive compensation for the faults some have experienced with the service this weekend.

Several F1 TV users advised RaceFans they have experienced problems with the service when trying to follow live sessions. Poor image quality, high lag and frequenting buffering delays are among the problems which have been reported.

An F1 spokesperson told RaceFans they are “aware that certain subscribers have experienced teething issues with the F1 TV Pro service, and are working to rectify the situation.”

F1 is “also investigating ways of compensating subscribers and an official statement in this regard is expected this weekend,” the spokesperson added.

This is not the first problem F1 has experienced with its new streaming service. F1 TV was supposed to launch in time for the start of the season but was postponed until this weekend’s race so further testing could be conducted.

Live streaming of F1 race sessions via ‘F1 TV Pro’ is only available to users in a limited number of regions, such as the USA, which do not have clashing television broadcast deals in place. In other regions users are able to sign up for ‘F1 TV Access’ which gives access to historic archive material but not live F1 footage and recent sessions.

30 comments on “F1 TV users may receive compensation over faults”