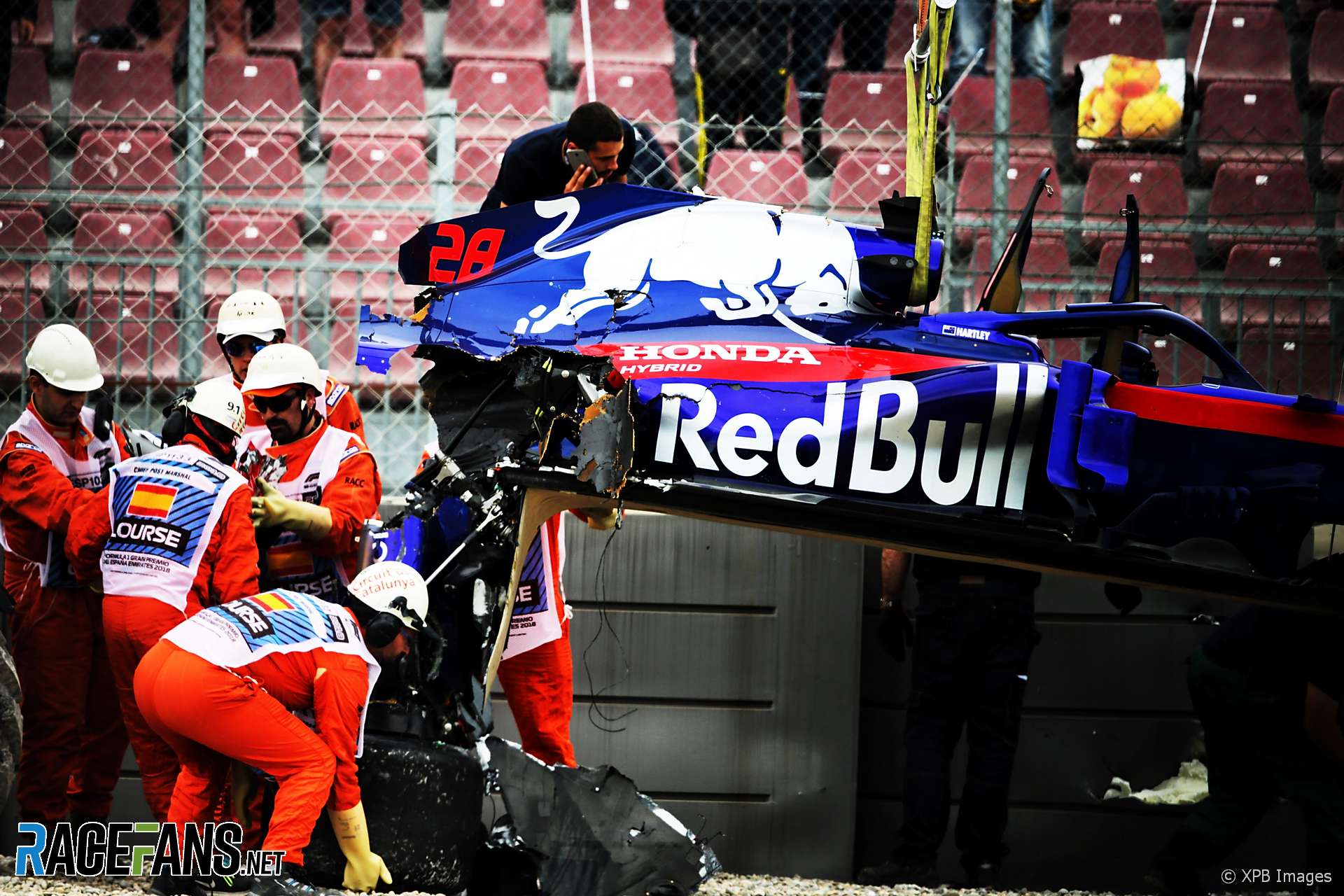 Brendon Hartley says a small error caused one of the biggest crashes of his motor racing career during practice for the Spanish Grand Prix.

The Toro Rosso driver missed qualifying after making heavy impact with the barrier in final practice. Hartley described how he lost control of his car on the kerb leading into the corner.

[xpb]”Often I use this kerb on the entry to turn nine as many others do,” he said. “This lap I used two or three centiemtres too much of it and clipped the grass – I think there was a bit of a hole there – and it spun me around very quickly on the entry of the fastest corner on the race track.

“After that I was a passenger. So a lot of damage. I know everyone’s working very hard to get the car out for tomorrow which I’m confident it will be.”

Hartley said the crash was one of the hardest hits of his career.

“I had a reasonably [big] crash in the first round of the WEC in 2016. But it wasn’t such a big impact in the end.

“Really such a big impact like that, it’s potentially the biggest one I’ve had. I don’t know the exact number but probably one of the biggest crashes I’ve had.”

“It happens in slow-motion,” he described. “It felt like the car was slowing down but I was heading backwards towards the wall. You don’t know exactly when the impact’s going to come. You brace yourself a bit but its never a lot of fun.”