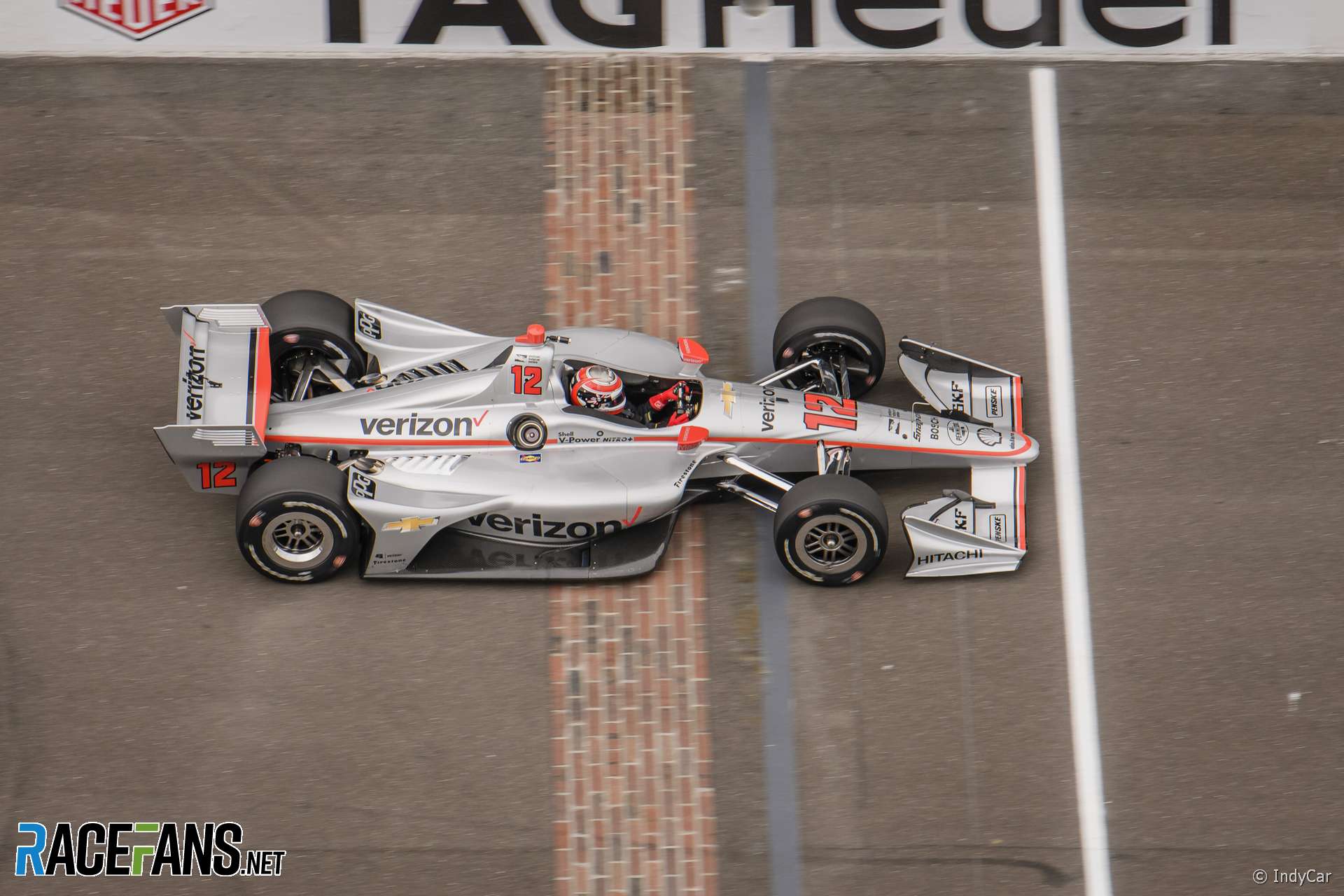 Will Power drew a line under his mixed start to the 2018 season by winning the IndyCar Grand Prix at Indianapolis from pole position.

The Penske driver had to see off a strong challenge from Robert Wickens on his way to victory. Power led home Scott Dixon, who rose from 18th on the grid in his Ganassi to take second.

The race hinged on tyre strategy, with drivers seeking to minimise their stints on the harder primary compound tyres. Power, who led from the start, briefly lost the lead to Wickens during his stint on primaries. However once the Schmidt driver’s turn to use the hard tyres came, Power easily regained the lead.

A late Safety Car period put Power’s lead in jeopardy again as Wickens came within a few centimetres of beating him out of the pits. Wickens then fell prey to Dixon, who had disposed of his primary tyres in the first stint and clawed his way back into contention thanks to some quick Ganassi pit stops.

Sebastien Bourdais put Wickens under pressure for the final podium spot but had to settle for third. Alexander Rossi was fifth after another wheel-to-wheel battle with Wickens.

On his return to IndyCar, Helio Castroneves was the second-highest Penske driver at the chequered flag, taking sixth. Team mate Simon Pagenaud was hit by Jordan King on lap one and recovered to eighth. But Josef Newgarden was only 11th after making an uncharacteristic error while trying to pass Bourdais: he clouted a kerb, spun, stalled and triggered the final Safety Car period.

Power’s victory is the 200th in IndyCar racing for Penske and his third in four years at the Indianapolis road course. But an Indianapolis 500 victory has so far eluded him – something he will endeavour to put right in two weeks’ time.