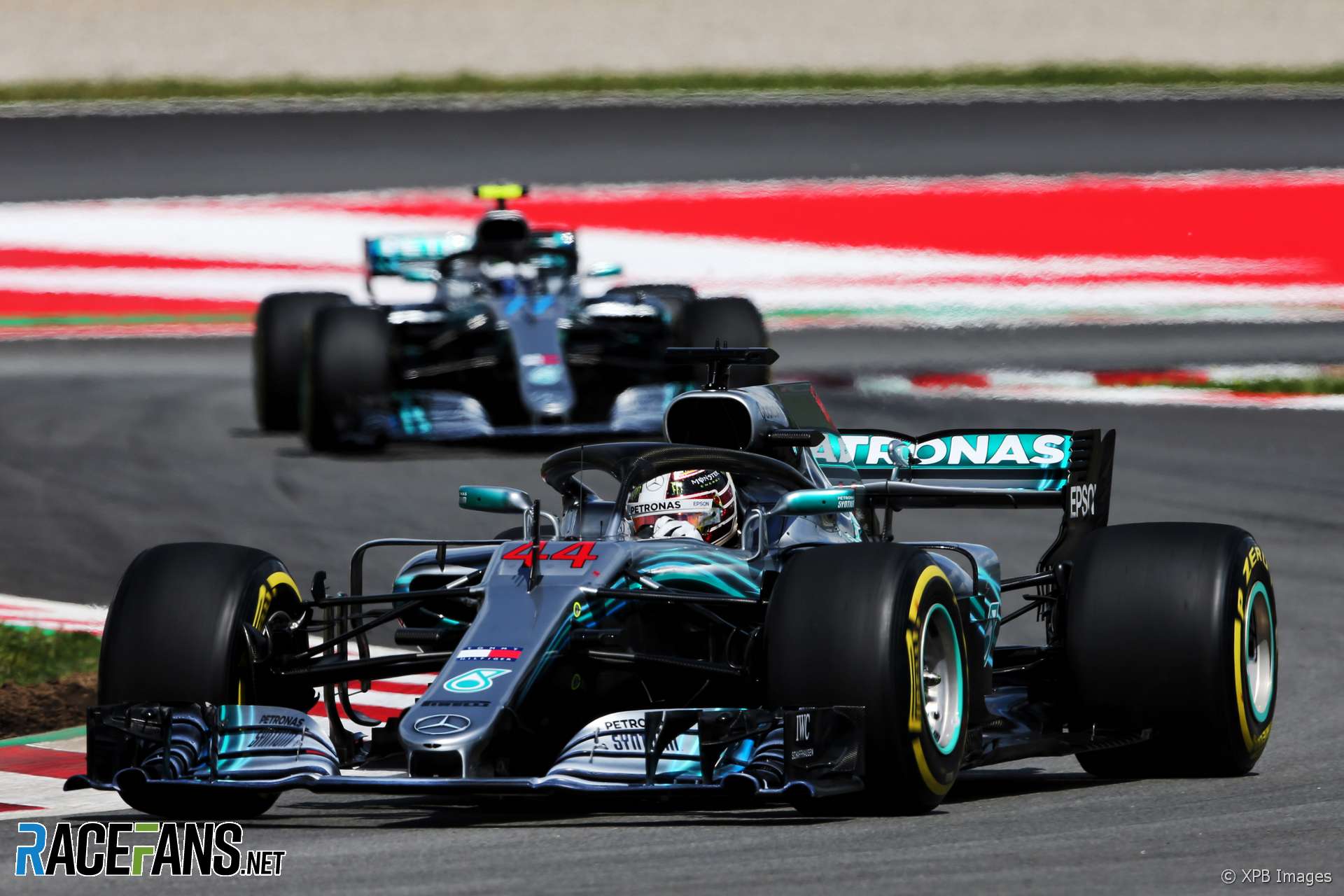 Sebastian Vettel split the Mercedes drivers early on and looked on course to hold second place after a slow pit stop cost Bottas the chance to jump the Ferrari driver. However Vettel gave up second place when he pitted during a Virtual Safety Car period later in the race.

That extra pit stop also handed Max Verstappen third place and his first podium finish of the year. Verstappen had a near-miss with Lance Stroll at the end of the VSC period, damaging his front wing, but continued to the end. Vettel closed on him suddenly at the end, finishing just seven-tenths of a second behind the Red Bull.

Fifth-placed Daniel Ricciardo was the only other driver on the lead lap at the chequered flag. Kevin Magnussen was the next driver home, far ahead of Carlos Sainz Jnr, whose had to manage a power unit glitch late in the race.

Magnussen’s team mate Grosjean went out in spectacular fashion on the first lap of the race, taking two other drivers with him. The Haas driver lost control of his car in turn three and spun back into the chasing pack where he was collected by Nico Hulkenberg and Pierre Gasly. All three were eliminated on the spot and Grosjean went to the Medical Centre for a precautionary check.

Despite being delayed at the start and the only driver to start on the unfancied super-soft tyres, Fernando Alonso recovered to take eighth place for McLaren. This was thanks in part to his quick reactions after the VSC period, which sprang him ahead of Charles Leclerc. The Sauber driver later fell to 10th behind Sergio Perez.

The remaining finishers were Lance Stroll, who was fortunate not to suffer a puncture after being hit by Verstappen, Brendon Hartley, who stopped on the pit straight after the race, Marcus Ericssin and Sergey Sirotkin. The latter had a lurid spin at turn nine following the VSC period.