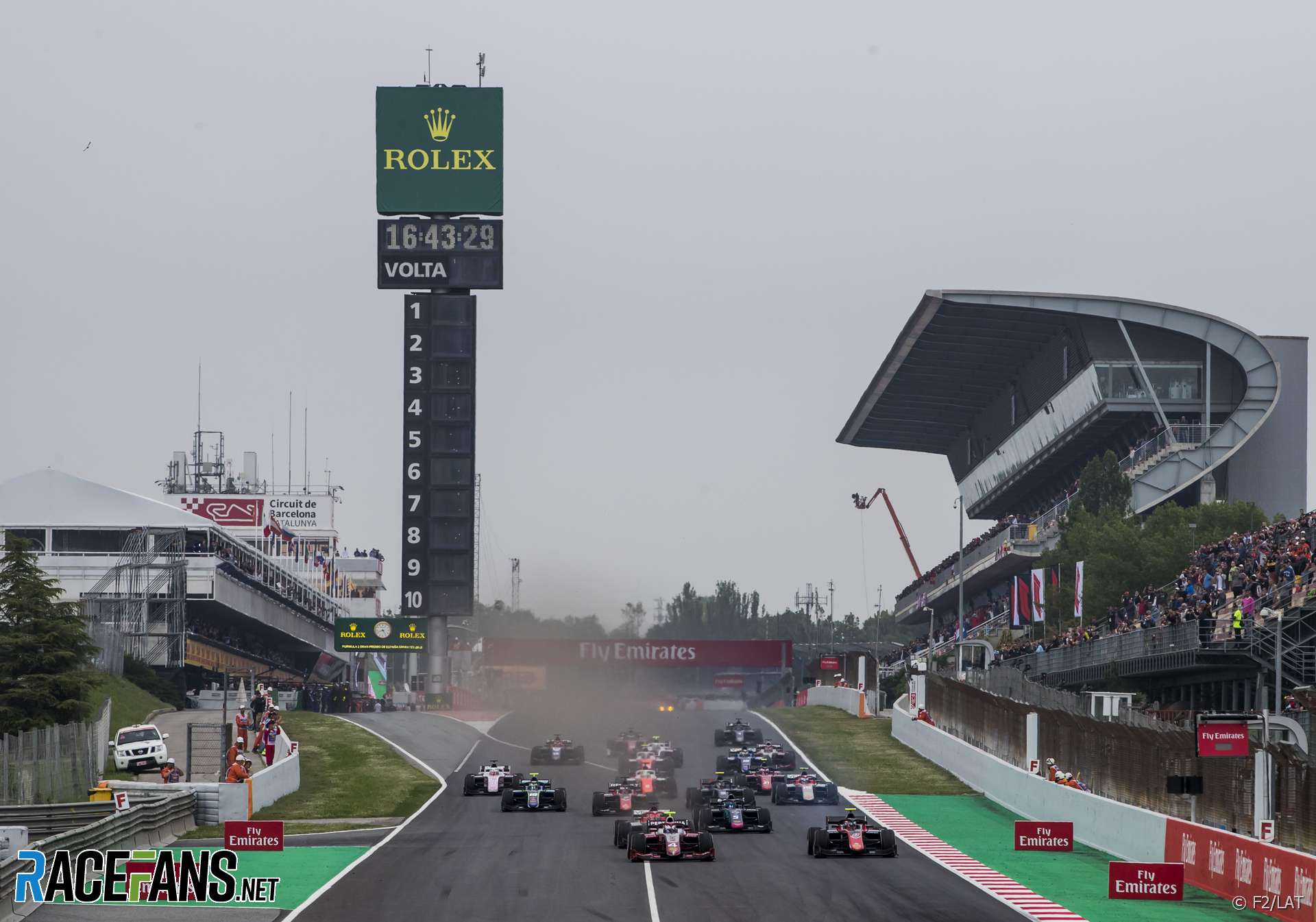 Although far fewer drivers stalled in Barcelona compared to Baku, Whiting wants to be ensure starts are as safe as possible before drivers compete on the narrow confines of Monaco.

We’ll have to look at the data but on the face of it it looks a lot better. One [Saturday] and none [Saturday]. We really need to talk to the drivers and try and find out what their reaction is.

But I think it’s a lot better because basically what was happening was when they put their foot on the throttle and take it to the limiter, which is what they normally do, the engine was oscillating too much – 2,500-3,000rpm – and if the driver dropped the clutch when it was on its way down, that’s when it would stall. So what they’ve done is taken a test car, done lots of tests and they’ve now narrowed that oscillation down to 1,000. And that seems to have helped a great deal.

We’ll have a more sturdy solution in Paul Ricard. But we need to analyse the data now to see if we feel comfortable with taking that system to Monaco, for obvious reasons.

🇬🇧Big thank you to everyone for all the kind messages I received over the past week. I’m in Indianapolis now working on my recovery. We will be back racing very soon! pic.twitter.com/wXrKuWDpcn

Was it really 4 years ago this week that I spotted @CaterhamF1 CT05#1 being pushed back into the truck after the Spanish GP? @Circuitcat_eng now I own the car and will be driving it this year pic.twitter.com/65hDQC93F3

"Career mode has been further expanded to immerse players even deeper into the world of F1 than before, with the return of a highly requested feature back into the franchise. We are also adding more classic cars, again listening to our fans as to which of the historical F1 cars they would most like to virtually drive next."

The final entry list for this year's Indianapolis 500 featured 35 drivers, meaning two will be cut from the race in qualifying this weekend. Among them are six former winners, returning star Danica Patrick taking her final bow and Zachary Claman De Melo who was announced yesterday as a substitute for the injury Pietro Fittipaldi.

"Look at Valtteri Bottas, when he was here, he did a similar thing. He didn't race anything and focused on his development role here."

"As well as a revised engine inlet – which involved a new crash/load test because of the roll hoop arrangement – and a modified front wing, the RB14’s sidepods had been reshaped to give a tighter 'coke bottle' section in plan view. This entailed rearranging the radiators within to get the required shape and altering the barge board arrangement to suit the new sidepod shape."

" I remember a kind of ghostly look came over Alain’s face; he just couldn’t understand how or where Ayrton’s time had come from."

Will F1 inevitably have to move away from pay-television deals?

A lot of the tv contracts were already in place before Liberty took over, so it will be interesting to see why they do for new contracts, in Germany the sky contract is expiring an d F1 is replacing it with there own streaming service

You only have to look to cricket in the UK. Before going betting Sky’s pay wall the ashes had 4 million viewers, now 0.25, and a lack of new players, which will lead to less interest, and Sky paying less in the future
Pedalmonkey

Happy birthday to Rob A, Warner16 and Lotus 49!