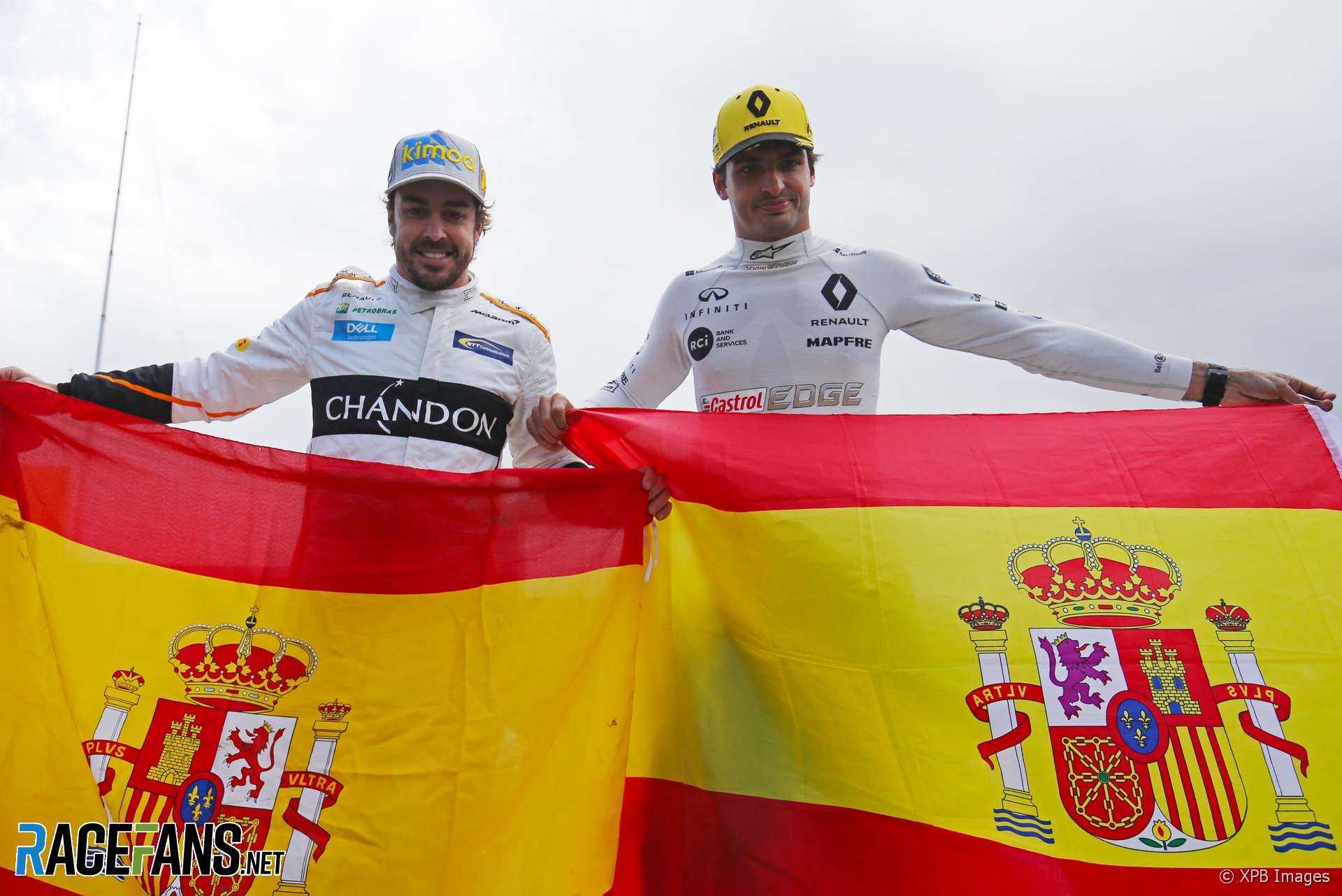 A return to form for Lewis Hamilton in the Spanish Grand Prix saw him rack up his 64th career win and 74th pole position – also the sixth in a row for Mercedes in Spain. He extended his record points-scoring streak yet further, to race number 30.

However the Mercedes driver was denied a hat-trick of pole, victory and fastest lap as Daniel Ricciardo set the quickest tour of the race. This was the third time this year he has done so – Valtteri Bottas claimed the other two.

Bottas joined Hamilton on the podium, making Mercedes the first team to score a one-two this season. Max Verstappen also scored his first podium finish of the season which is the 150th for Red Bull.

That result moved Verstappen up to sixth in the constructors’ championship, one point ahead of Fernando Alonso. This was the first time Alonso has scored in his home race since returning to McLaren.

Alonso has been in the points at every race so far this year, something only Hamilton and Sebastian Vettel have also managed. The McLaren driver is also the only person left in the field who is undefeated by his team mate in all races and qualifying sessions this year.

Carlos Sainz Jnr continued his record of scoring points in every Spanish Grand Prix he has started. He also took the chequered flag before Alonso in each of those.

Sainz has been the top-scoring Spanish driver since he came into F1, though it’s been a close fight between him and Alonso. Sainz was 18-11 up at the end of 2015, but a better year for McLaren-Honda in 2016 saw Alonso edge ahead 65-64 on cumulative points.

The 2017 campaign was dire for Alonso and Sainz took advantage to forge ahead 118-82. So far this year the much-improved McLaren-Renault package has allowed Alonso to out-score Sainz, but he is still down on 114 to Sainz’s 137.

The final point went to Charles Leclerc, which puts him one point clear of Stoffel Vandoorne. Monaco’s first home driver for 24 years will arrive at the grand prix having scored in the last two races in a row.

Lance Stroll narrowly finished outside the points but he did well to reach the chequered flag at all as he was almost eliminated on the first lap by Romain Grosjean. Stroll made up the most places on lap one in 2017 and is at the top of the board again so far this season, having gained 18 places on lap one – twice as many as any other driver.

Stroll and Sergey Sirotkin are the two most closely-matched team mates in terms of performance: the rookies averaging 0.017 seconds faster than the sophomore driver in the ill-handling FW41. The next-closest team mates qualify at the opposite end of the grid: Hamilton has a 0.018s advantage on average over Bottas.