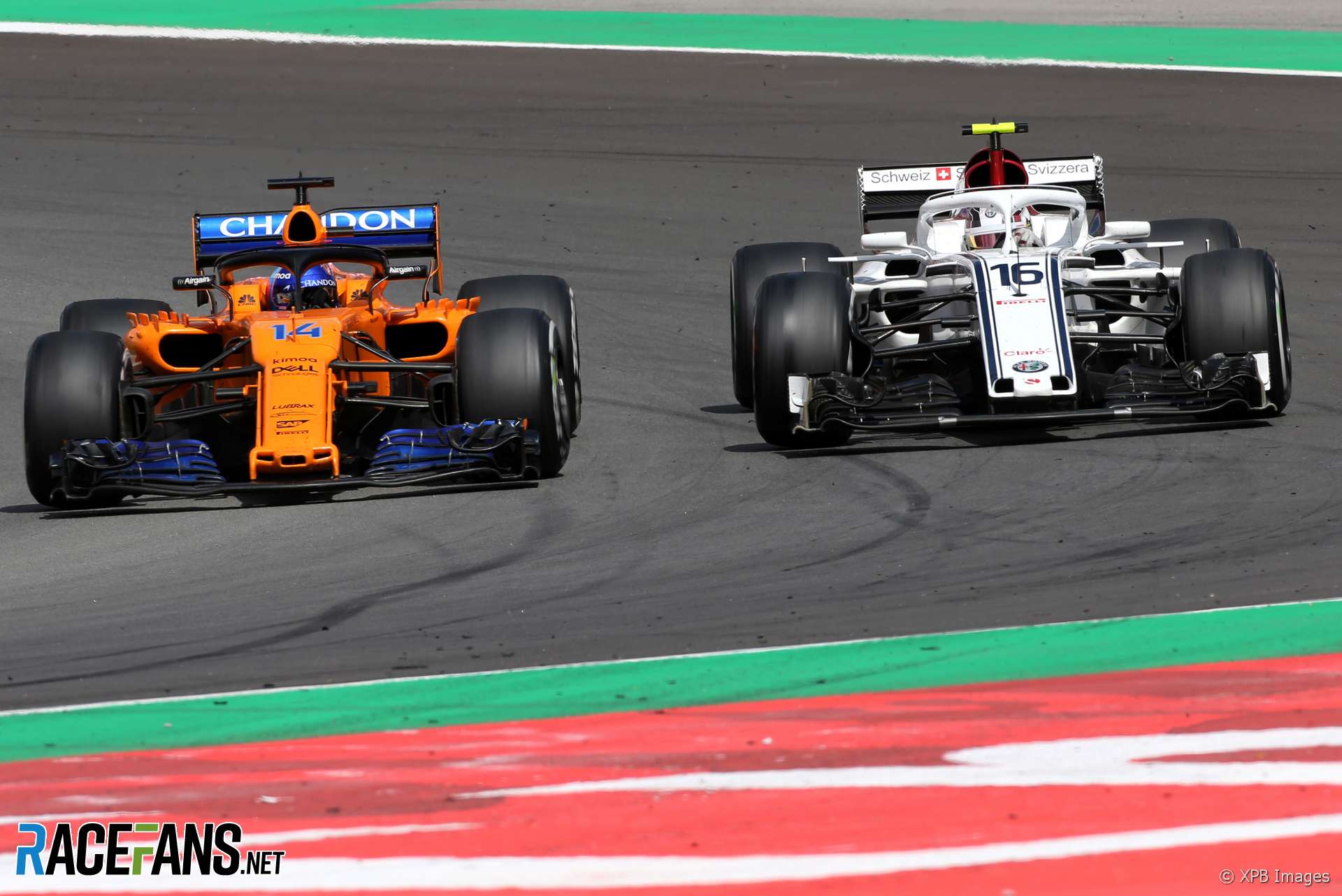 Fernando Alonso admits straight-line speed remains a weakness for McLaren after the difficulties he faced overtaking in the Spanish Grand Prix.

McLaren switched from Honda to Renault engines during the off-season. Alonso said the difficulty he had passing Charles Leclerc’s Ferrari-engined Sauber shows the team is still weaker than its rivals on the straights.

“I was half of the race behind Leclerc and definitely it was difficult,” said Alonso after the race. “We are still lacking some straight-line speed to be able to overtake so it’s something we are working on. We know our weakness on the car and hopefully we find solutions quite soon.”

All six Renault-powered cars were slowest in the speed trap during qualifying. McLaren were last among them aside from Nico Hulkenberg’s Renault, which had a technical problem. The French manufacturer is due to introduce a performance upgrade at the Canadian Grand Prix in June.

Alonso believes the team is on the right path with the upgrades it introduced last weekend. He said it is down to them to close the gap to fellow Renault users Red Bull.

“Now we know that on the power unit side we have the same engines as Red Bull so it’s all on us, on the chassis development, to close that gap. We are motivated to do that.

“We are, I think, on the right direction, The new package is delivering what we expect from it. That’s always a good boost of confidence for everyone in the factory for all the plans we have in the next races.”