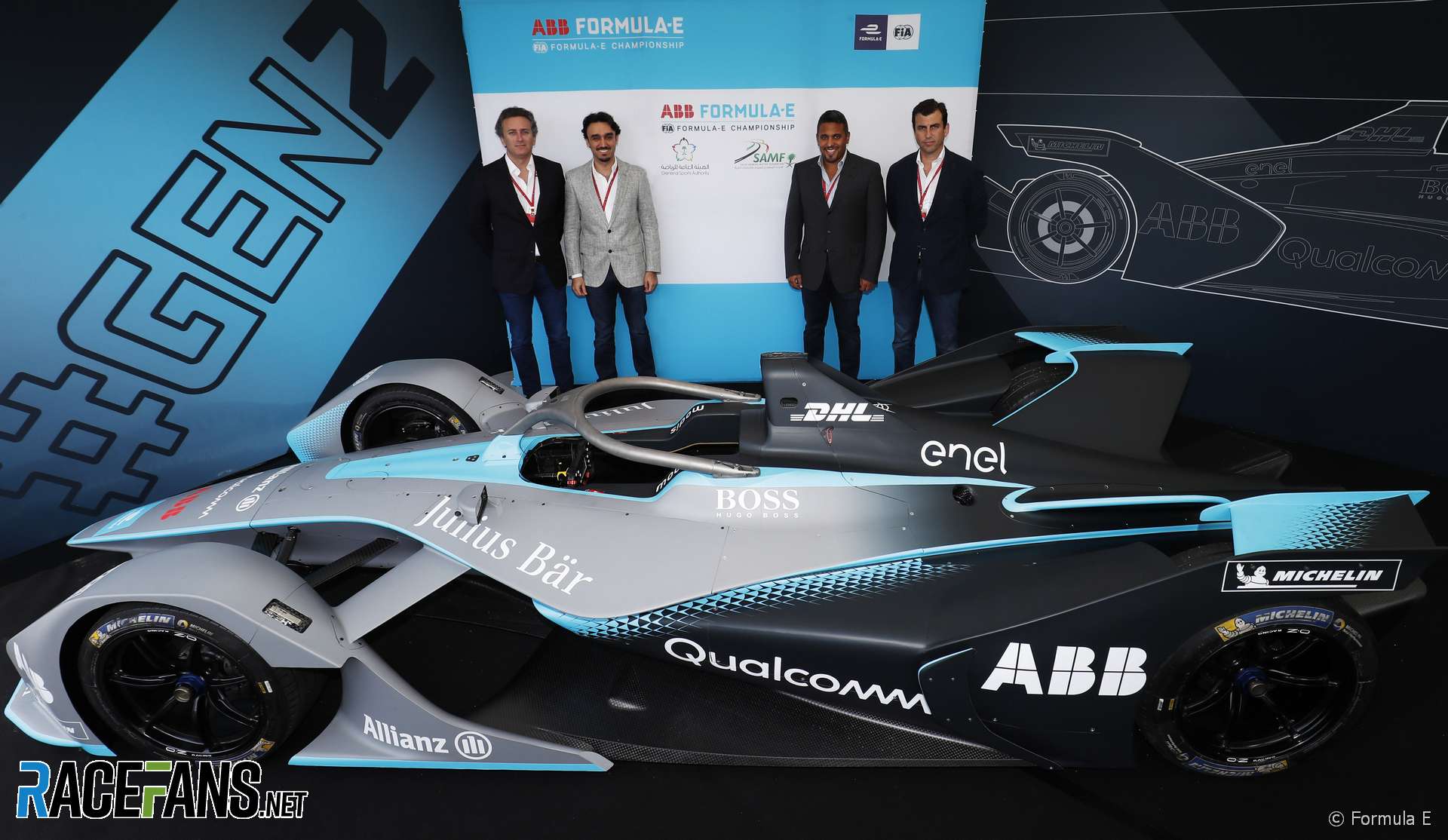 Women will be allowed to take part in Formula E’s inaugural event in Saudi Arabia this year, even if there are none among the drivers competing in the country’s first race.

Women have raced in Formula E since the championship began in 2014, but there are none among the 20 drivers competing in Formula E at present. However championship CEO Alejandro Agag said the Saudi authorities had requested women be allowed to take part in the event.

“Still today women cannot drive in Saudi Arabia,” said Agag. “But there is going to be a historic moment next month, women will be able to, for the first time ever, drive.

“We have of course received complete assurances – actually it has been the request of the Saudi authorities – that women participate in the Formula E event. And if they are not in a racing team we will organise some way for women to drive around the track which is really the intention of the new years of Saudi Arabia to showcase that change.”

Saudi Arabian women have seen some relaxing of the previously strict limits on their freedoms, which included bans on them attending sporting events.

“We are happy to be part of that change and we see Formula E as a force for good and in this case is a very specific place under very specific circumstances, but we think Formula E can make a contribution also for good in that country by doing this.”

“I think the decision to race in Riyadh is very important because we want to be part of the positive change that is happening in Saudi Arabia,” he said. “We see this as a game-changer, that Formula E is going to participate in that change.”