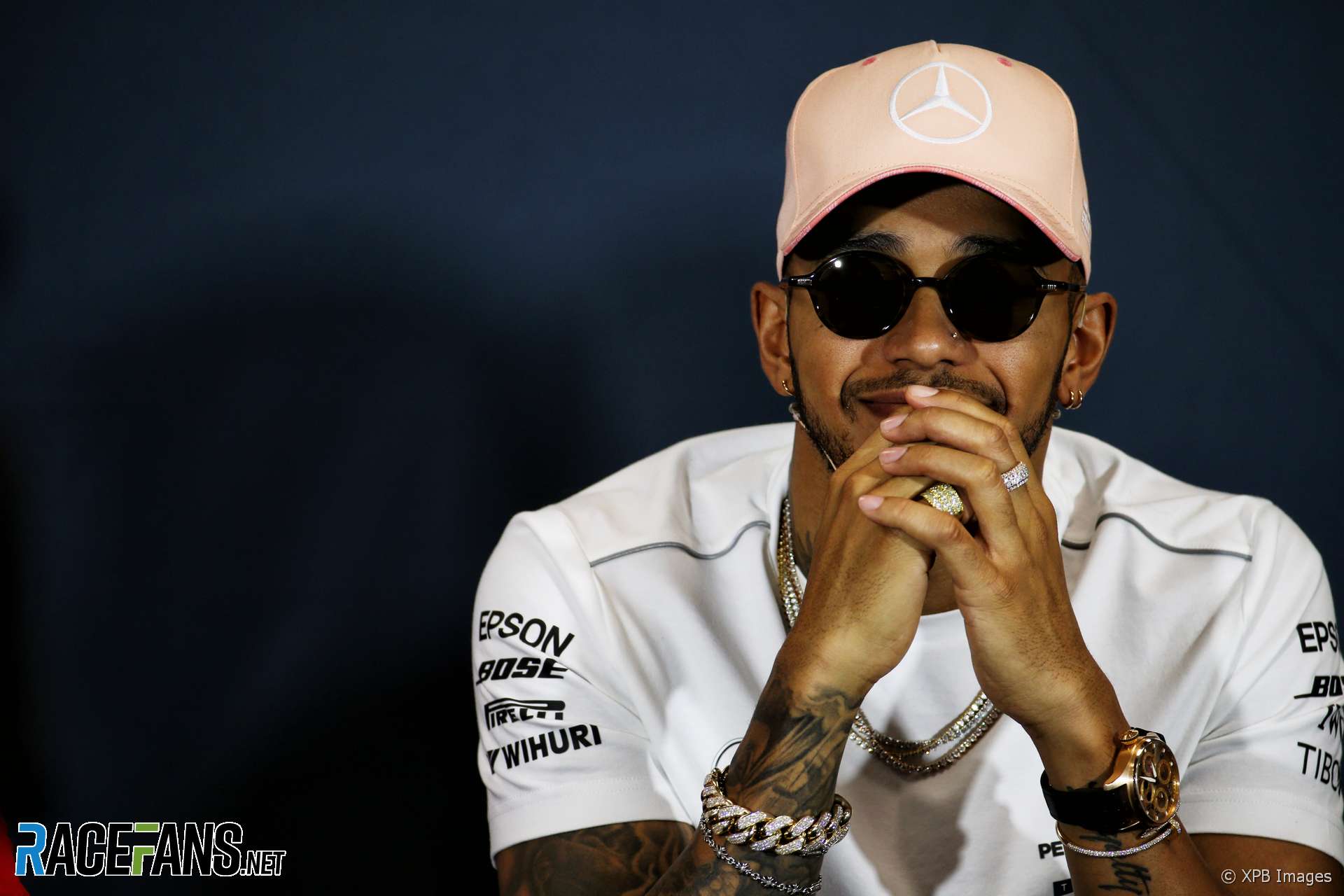 Lewis Hamilton says he is pleased grid girls will appear at the Monaco Grand Prix this weekend.

F1 commercial rights holders Liberty Media ended the practice of using walk-on grid girls ahead of the 2018 season. F1’s managing director of commercial operations Sean Bratches said the grid girls custom “does not resonate with our brand values and clearly is at odds with modern day societal norms.”

However one F1 sponsor has said it will have its own grid girls and grid guys in Monaco this weekend. During today’s FIA press conference Hamilton said grid girls are a part of what makes the Monaco Grand Prix.

“I think women are the most beautiful thing in the world,” Hamilton said. “When we pull up on the grid and there’s beautiful women on the grid, that’s the Monaco Grand Prix, that’s a lovely thing.”

“But I definitely don’t think we should ever be supporting or pushing these women in general to feel uncomfortable and if they are then they shouldn’t do it.”

“I think Monaco is a very elegant grand prix,” he added. “I don’t know how women feel about it. I’ve not really ever spoken to women how they feel about the whole situation so I can’t really comment.”

Hamilton previously praised the return of grid girls on social media, then later said he “couldn’t care less” about the change.

Formula One introduced the Future Stars programme, where children who participate in motor sport join the drivers on the grid, to replace grid girls. Other sports have begun phasing out the use of walk-on girls.

But Sebastian Vettel believes the discussion around grid girls in F1 has been blown out of proportion.

“I think the whole thing has been blown up, probably [unnecessarily] because I don’t think any of the grid girls in the past were forced to do it. I think they enjoyed what they were doing.

“I agree with Lewis: I like women, I think they look beautiful. If it was guys I was just not interested. Nothing against those guys, just didn’t care as much.

“But bottom line I think it’s too much of a fuss nowadays. I think all the women that took part as a grid girl in the past did it because they want to. So I’m sure you ask any grid girl on Sunday whether they’re happy to stand there the answer will be ‘yes’. I don’t think there’s anybody that forces them to do it. It speaks a little bit of our times that sometimes there’s a lot of noise for nothing.”

Romain Grosjean said he welcomed the decision to phase out grid girls.

“It’s busy on the grid anyway you don’t see much difference,” he said.

“When it was removed I thought it was a good thing for women in the 21st century because they were not used as just a board holder. Monaco, being always a special one, are doing something different.”