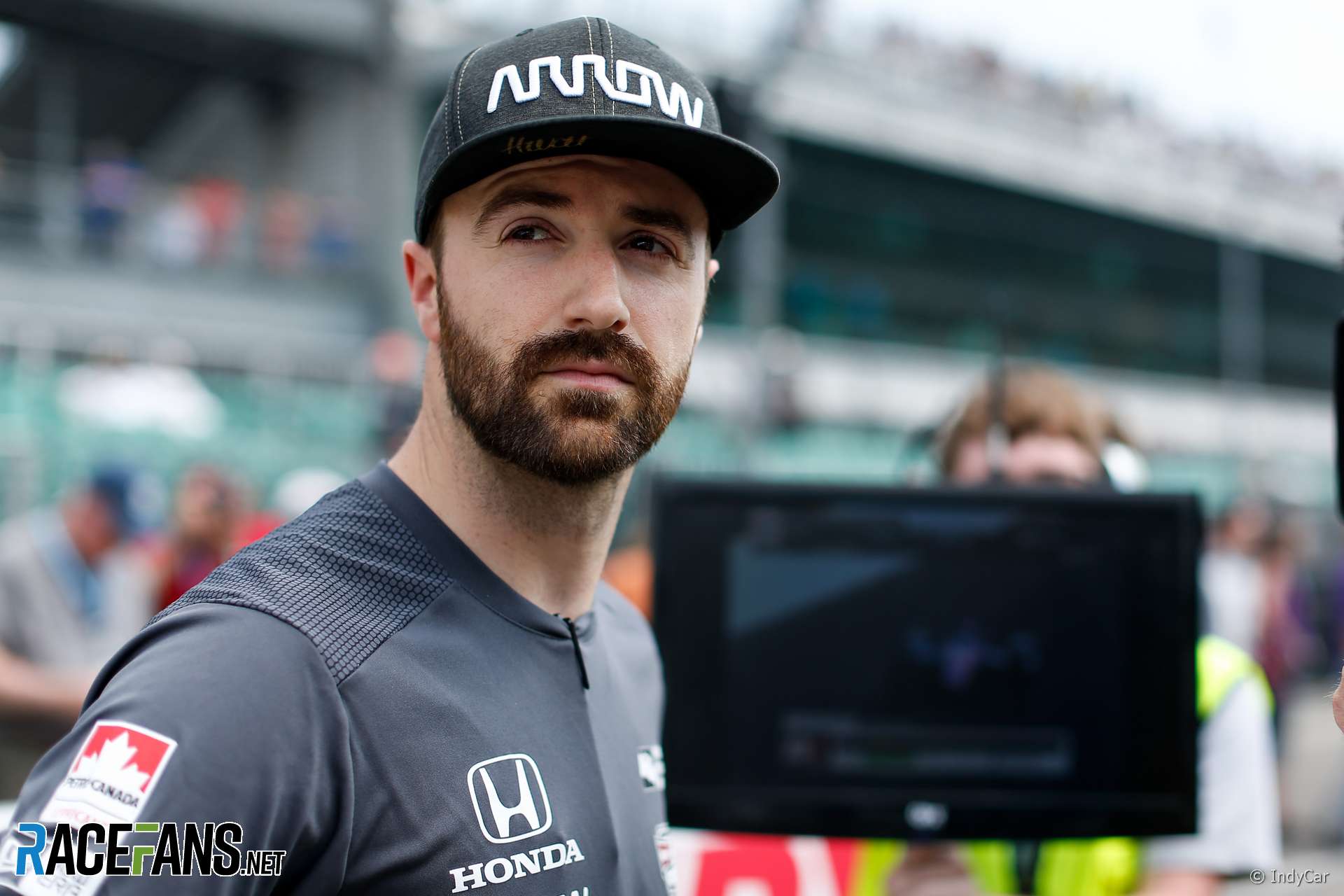 James Hinchcliffe announces he has ‘stopped pursuing options’ to compete in Sunday’s Indianapolis 500 having failed to qualify for the race.

The Schmidt Peterson racer, who started the 2016 race from pole position, made the announcement on social media.

“Barring unforeseen circumstances I will not be racing in the Indy 500 this year,” said Hinchcliffe.

“The decision was made to stop pursuing options to get us in the race. There really aren’t words to describe how missing this race feels. At the end of the day we simply didn’t get the job done. No excuses.”

Hinchcliffe was bumped out of the field in qualifying on Saturday. He fell out of the top 33 late in the session and had to pit with a wheel balance problem when he went out for a final run. He then ran out of time to make another attempt to qualify.

Driver replacements are allowed under articles 4.3.3 and 4.3.3.1 of the Official IndyCar Rule Book which states: “Provided IndyCar approves the substitution and the change takes place prior to the parade and pace laps, the original driver entered for the race may be substituted by […] another driver who has already participated in practice, or a special session for the current event.”

Hinchcliffe’s team has three other cars in the race including full-time IndyCar racer Robert Wickens and part-timers Jack Harvey and Jay Howard. Hinchcliffe’s announcement confirms none of them will have to give up their place for him.

“This is our reality and we will face it head on, we will use it as motivation and we will come back stronger,” said Hinchcliffe. “We have a great team, incredible partners and the best fans, all who have been so supportive through this.

“I’m sorry we can’t be on track for you Sunday, but we will be pushing hard for the wins in Detroit. I wish all 33 drivers a fast and safe race. I’ll be watching and cheering on my SPM team mates. See you in Detroit.”

13 comments on “Hinchcliffe abandons efforts to get into Indy 500”