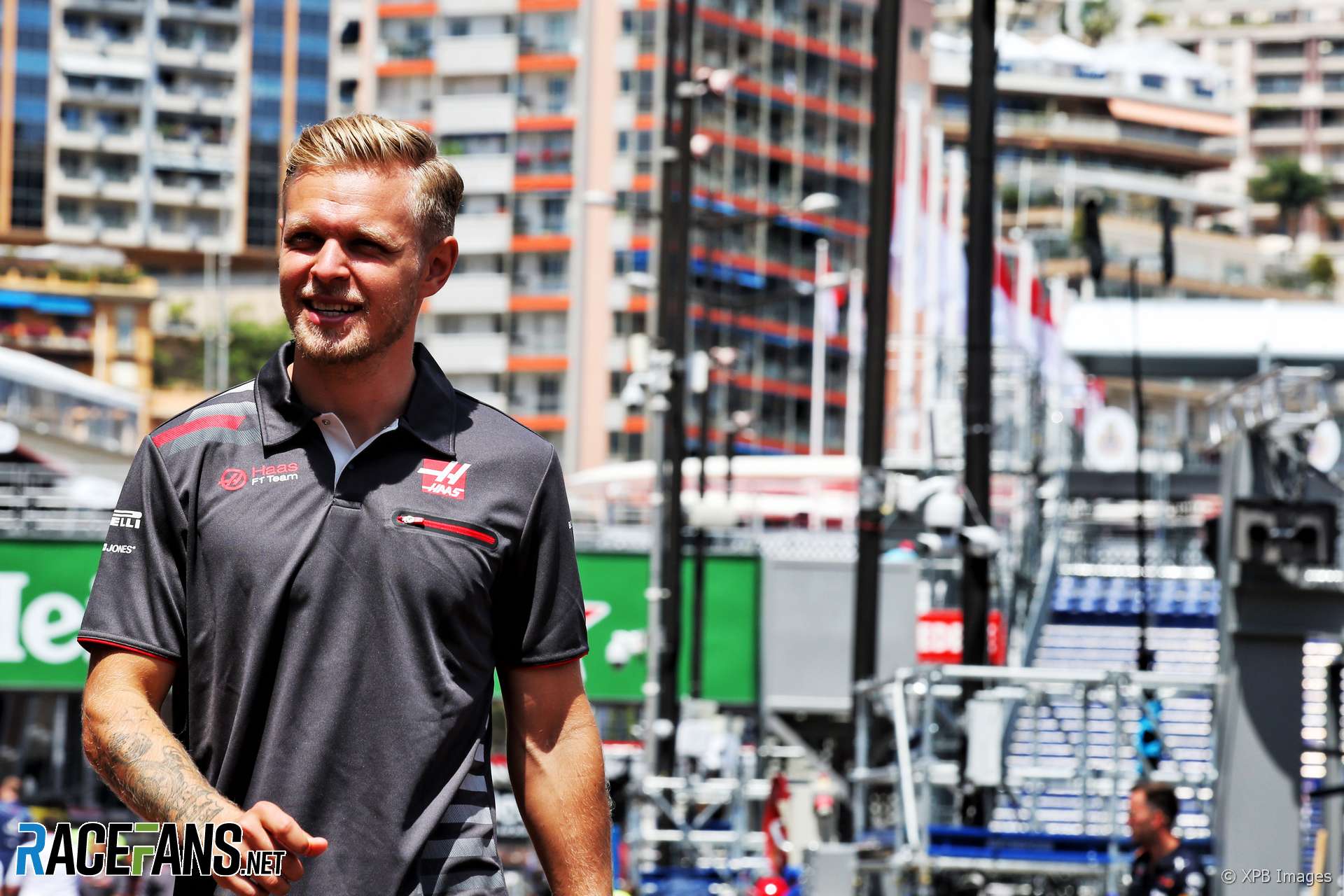 Kevin Magnussen says Haas is unlikely to dominate the midfield in Monaco the way he feels they did in Spain.

“We should be in the mix but I don’t think it’s going to be as dominant as in Barcelona,” he said. Magnussen finished sixth in Spain, over half a minute clear of his closest midfield rival.

“Our car is particularly strong in high speed and medium speed corners,” he said. “It’s not bad in low-speed corners, to be honest, but I think that advantage we had in Barcelona was in the medium and high speed.”

Magnussen said he hadn’t experienced the kind of race he had in Spain since he came into F1.

Haas played it conservative in Spain to make sure Magnussen reached the chequered flag, he revealed.

“I was nervous about the car breaking or a puncture, whatever. Little annoying things that can happen.

“We actually pitted before we had to, just to make sure the tyre didn’t blow up or whatever. So we really just handled it from a safety point of view, just got home safely because we had no worries in terms of the pace and threat from behind.”

“It was a very good weekend and one we can be very proud of as a team,” he added. “That weekend we were dominating the midfield.