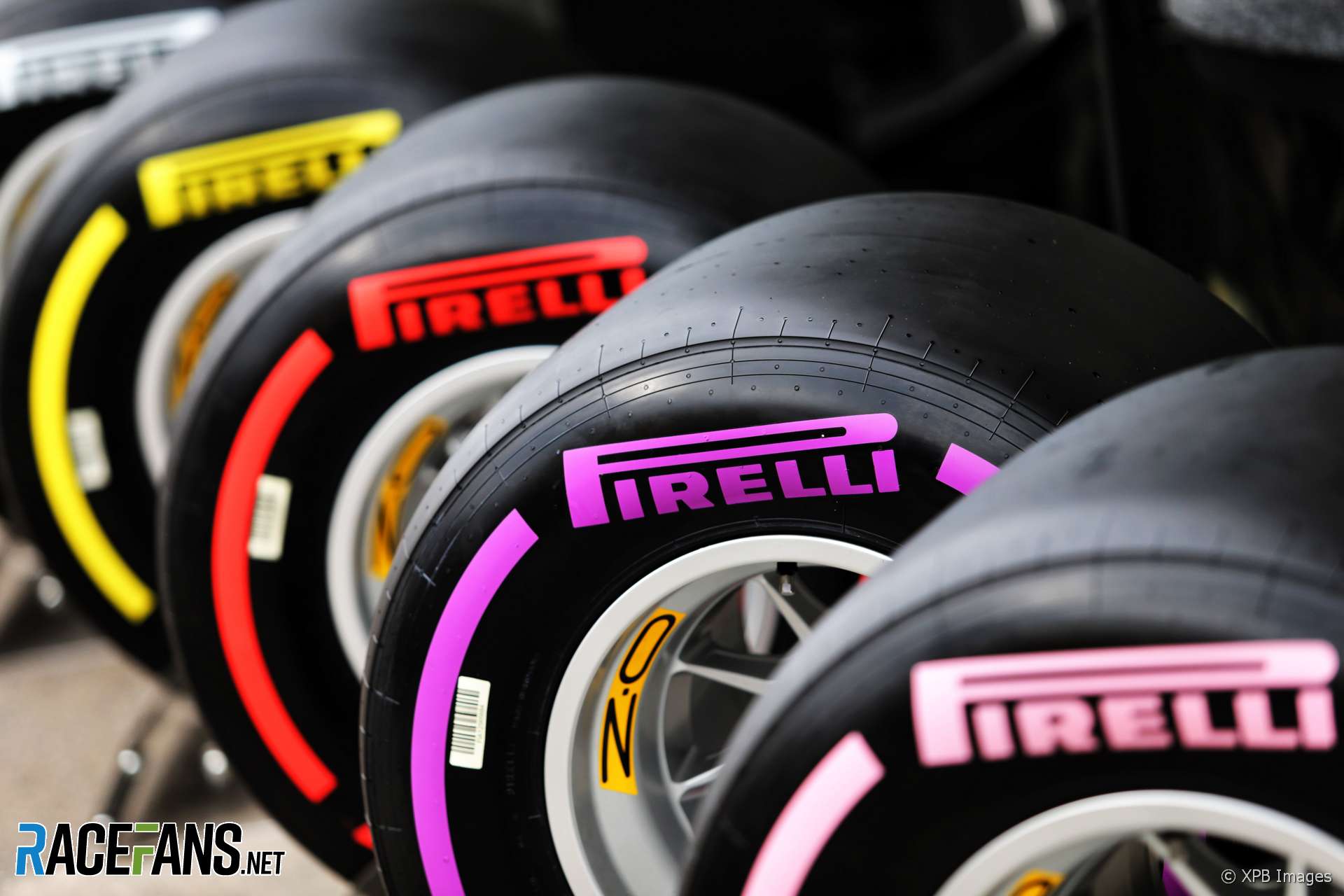 Pirelli could change the naming system for its tyres for the 2019 F1 season following a request from the FIA and Formula One Management.

The change would see the three available tyre choices at each event referred to as ‘hard’, ‘medium’ and ‘soft’. Different tyre compounds would continue to be nominated for each race to suit the track, but the current names would be replaced by letters.

“We had a request from FOM and FIA to just call them hard, medium and soft, with three colours, the same colours and same names for all the races,” he said. “But obviously different compounds, because you cannot use the same compounds we use in Silverstone in Monaco or Suzuka.

“On a second level we will have compound A, B, C, D, E, F or whatever, and we will tell you that for this race, the hard is B, the medium is D and whatever.”

Isola said the aim of the change was to simplify the sport for fans.

“For spectators it’s probably more understandable,” he said, “but you also have the possibility to go deeper in detail for technical information that we will continue to provide.”

Pirelli has begun assessing the idea, said Isola. “It’s an on ongoing discussion but we said we are available to evaluate this change.

“I made a check with production and logistics, obviously we need to understand all the implications. It is feasible because we produce a specific batch for each race to be sure that they all come from the same batch of production. So honestly to put a purple label or a yellow label or any other colour is not a big issue. It’s a possibility.”

Some revisions to the rules might be needed to accommodate the change, Isola added.

Pirelli also intends to reduce the number of available compounds next year. “[There are] seven this year is because we wanted to have a back-up,” said Isola.

“Six is a good number to have the right flexibility in tyre choices. Maybe if they are better spaced we can have five instead of six. But the number will be five or six.”