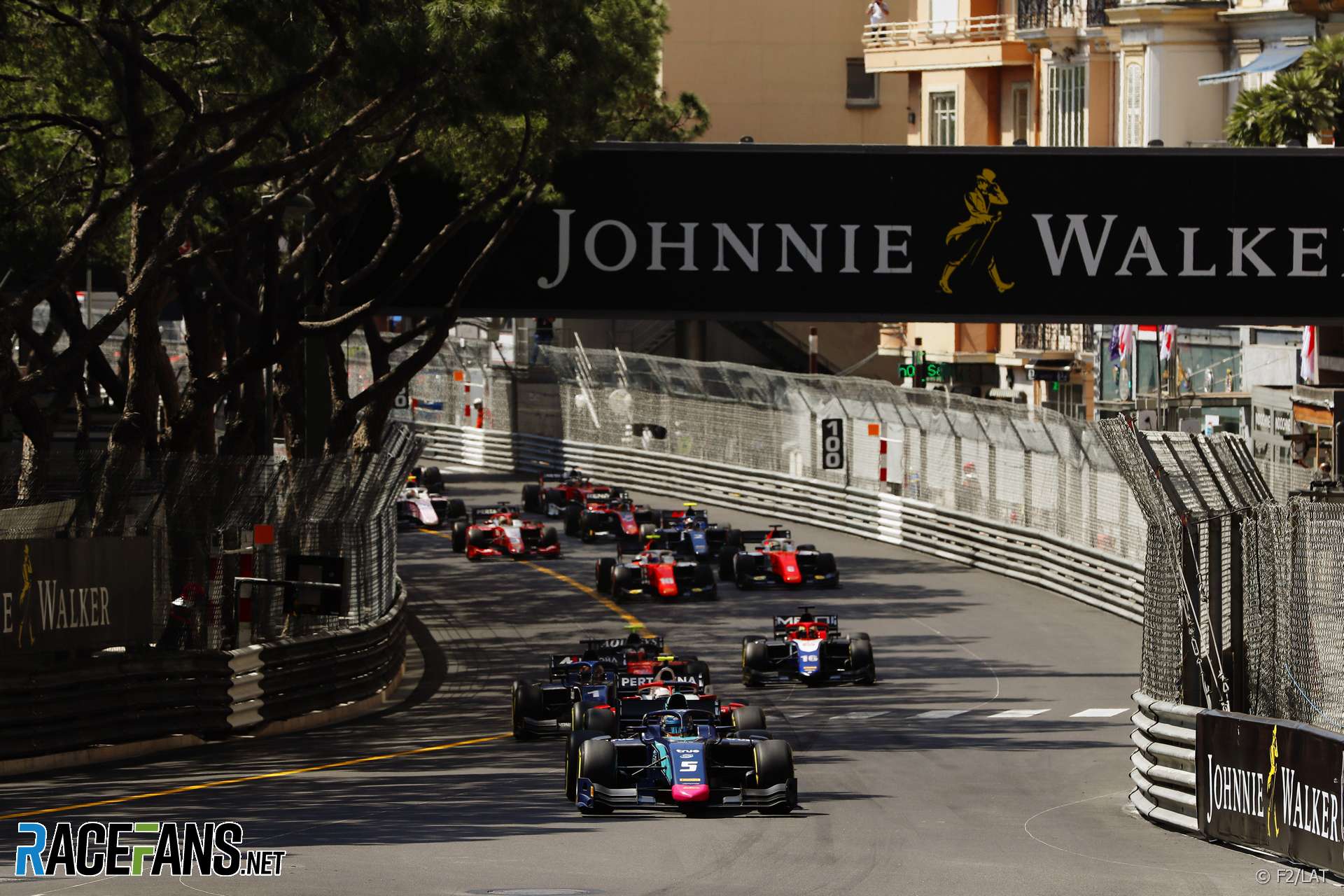 Artem Markelov returned to the scene of his first victory in the F1 support series with a “masterclass” second win in Monaco, as Sean Gelael and Roberto Merhi turned in category-best finishes to complete the podium.

The F2 feature race started at a balmy 21C, further gremlins appearing with the new car as Santino Ferrucci stalled on the grid. Conditions were clear in terms of weather but not entirely straightforward, with visibly huge amounts of sand on the track, following yesterday’s Porsche Carrera cup activity.

Immediately off the line Antonio Fuoco put Luca Ghiotto in the barrier, putting the latter out of the race – an especially incident for him, as the Campos driver had qualified well in a season where he’s struggled to show his potential so far. A subsequent two-lap Safety Car period neutralised the race.

George Russell made an uncharacteristic error after the restart, massively outbraking himself on lap seven and ending his race in the Armco. His ART was retrieved quickly enough to not need another safety car.

Lando Norris, who started dead last after crashing yesterday, made a bold strategy call by changing tyres on lap eight. However he emerged behind Sean Gelael. The Prema driver sprang a surprise attack to pass Ralph Boschung at Mirabeau, but Norris ran into his rival when he tried to do the same. A hasty lunge at Anthony Noghes put the Swiss driver out of the race, earned Norris a drive-through penalty and triggered a second Safety Car period.

Race leader Albon made a late dive for the pits under the Safety Car and crossed the path of Nyck de Vries. The pair clashed which left Albon pointing the wrong way. Both eventually retired and Markelov inherited the lead.

With half the remaining field having made their mandatory pit stops already (although the soft or even super-soft tyres could have run the race distance) by lap 30 Markelov was trying to draw out a lead over Gelael, the first among those who had already pitted.

Markelov managed a 25.596 second lead by lap 31 but with a dwindling window and Gelael up to fifth after Jack Aitken and Nirei Fukuzumi pitted, he was under serious pressure. But demonstrating his characteristic indifference to tyre wear, the Russian Time driver set the fastest lap on the 32nd tour and remained out even as second-place Arjun Maini pitted after a desperately long stint.

Finally pitting on lap 36 of 42, with a 27.454 lead, Markelov had a clean stop and resumed in third, behind only Nicholas Latifi and Maximilian Gunther, who were still yet to pit.

Once they did, Markelov had his lead back, and he duly claimed his second win of 2018. Gelael took a well-won second and former F1 driver Merhi taking the final podium spot for MP Motorsport. Norris was the only driver among the top five in the championship to score, and that was for a lowly sixth place. Eighth for Fuoco gives him pole position for tomorrow’s sprint race.