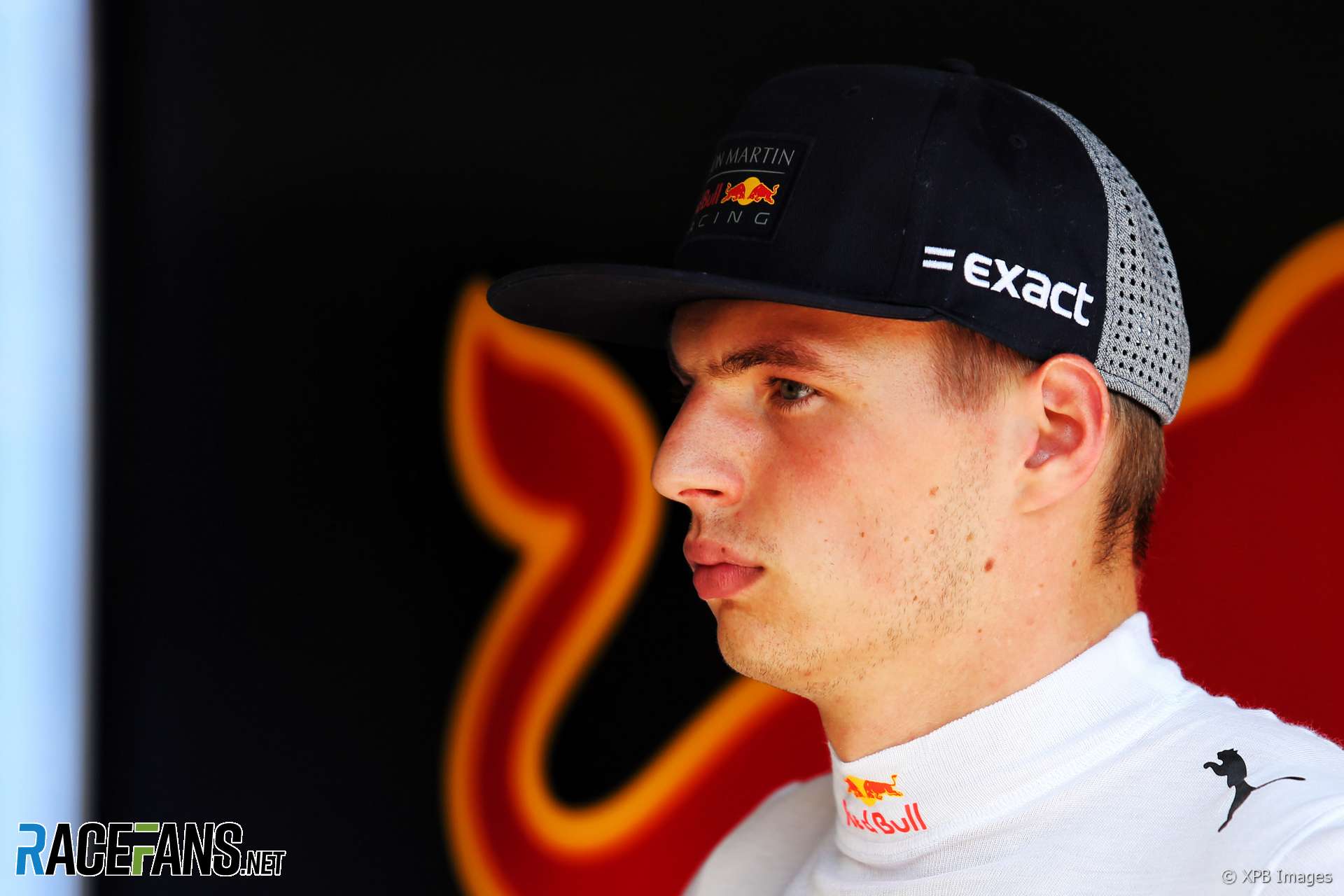 The fine food continues to flow in Monaco but the serious business began again on Saturday and F1’s hottest young talent Max Verstappen faced probing questions after another crash.

Monaco Friday being a non-track-action day for F1, we leave our digs and head for the circuit to await news emanating from the Liberty Media meeting, at which progress made on F1’s post-2021 landscape since the Bahrain presentation is scheduled to be discussed. There is another meeting scheduled for later: between Liberty and those promoters present in Monaco, called to discuss future plans.

Basically there is no news from either: Liberty sees no reason to issue a statement about a progress-only meeting, while most team bosses head for hotels/yachts/rented mansions after their hour-long session. The only (unconfirmed) snippets are that Liberty/the FIA plan to finalise 2021’s engine regulations before F1’s summer break – since confirmed – and rumours that budget caps will be introduced from 2021, rather in 2021.

Thus I spend the balance of the day shuttling between Media Centre and the paddock in search of news. Not much about, though… 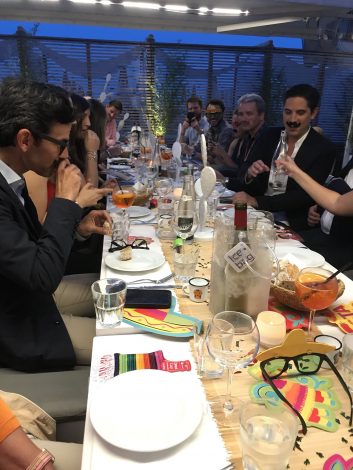 After a quick return trip to Menton to shower and change into smart(er) clothes, we arrived at La Note Bleue in Princess Grace Avenue, an open-air restaurant situated on the beach, for dinner hosted by the Mexican Grand Prix promoter – in town to attend aforementioned meeting. In typical Latin American style the hospitality is warm, the dishes befitting of a top restaurant, and the setting and ambience extremely relaxing.

The starter consists of air-dried beef and melon, for seconds I settle for entrecote smothered in mushrooms – versus vegetable risotto or sea bass – followed by chocolate sponge and coffee. Thanks Rodrigo and team!

I arrive back in Menton, have around five hours of shut-eye, then head for the circuit after breakfast.

When I see some of the bleary eyes about the Media Centre I’m pleased we left La Note Bleue at a respectable hour – the thrash continued well past 3am – then wander off in search of Howden Ganley, former F1 driver and author of the thoroughly engaging book “The Road To Monaco”. He and his charming lady friend Joy are delightful company, and we meet up every year in Monaco for coffee and natter.

Howden’s tale of how a regular guy from New Zealand made it from shop floor to motorsport’s top echelon as a driver via endless courage, hard toil and sheer determination is wonderfully inspirational, and well worth a read. Howden has around 200 (signed) copies left, so if you’d like one, get in touch with us via the contact form, and I’ll ensure he gets in touch.

Back in the Media Centre, where an hour later the talk is of Max Verstappen and his sixth (at least) incident in as many races. How much longer before he has a really big one?

While most observers rate the Dutchman up there with Ayrton Senna and Michael Schumacher in the talent stakes and point to their refusal to admit errors and unwavering self-confidence as common traits, I’m unconvinced: neither of those greats packed as many inexcusable incidents into so few grands prix.

Off to Pirelli for an annual lunch with Ari Vatanen and Carlos Sainz, world rally champions both and mutual friends. We started the tradition three years ago, and it’s always special to see the two ex-protagonists embrace warmly as they catch up for the first time in a year. They’re multi Dakar winners, too, of course, with Carlos having won again since we last lunched, so Ari extends his heartiest congratulations as we take our seats.

Over a buffet of Italian salads and meats – finished with delectable tiramisu – they discuss various events they have in common before Ari opens up about his horrific 1985 accident in Argentina – the aftermath of which plunged him into depths of depression until he sat himself in a rally car by way of rehabilitation. The rest – including Dakar and Pikes Peak wins – is history. Catch more about Ari’s fight back in this illuminating 13-minute video:

Carlos related how he, as a 15-year-old, ordered an 8mm rally movie from the UK, then devoured it until its sprockets were worn through. “He,” he said pointing at the Finn, “was my role model, and I was so proud to eventually compete against him.”

I genuinely wish you, the reader, could have joined us for this very special occasion. Thank you Roberto Boccafogli and Pirelli for inviting us.

Start of post-qualifying interviews, and my lot is Kimi Raikkonen – who speaks for six full minutes – followed by Max, who interrupts me to dispute he’s been involved in six incidents this year; the full McLaren spectrum of Fernando Alonso, Stoffel Vandoorne, Eric Boullier and Zak Brown; then Valtteri Bottas (we speak about his customised new MV Augusta Brutale VB77, below) and finally Toto Wolff.

Some really good stuff afternoon sent back to base, then finish off with ham/cheese baguettes provided by the Media Centre before heading back to Menton where it’s time to pack, ready to hit the airport after Sunday’s post-race stuff is done. Enjoy the race!

The maroon @LewisHamilton MV Augusta, customised by LH44, down to the tyres, and the blue VB77 version of @ValtteriBottas Both wonderful bikes to drool over. pic.twitter.com/j0NAJvWLRs

20 comments on “Paddock Diary: Verstappen under pressure and a meal with friends”