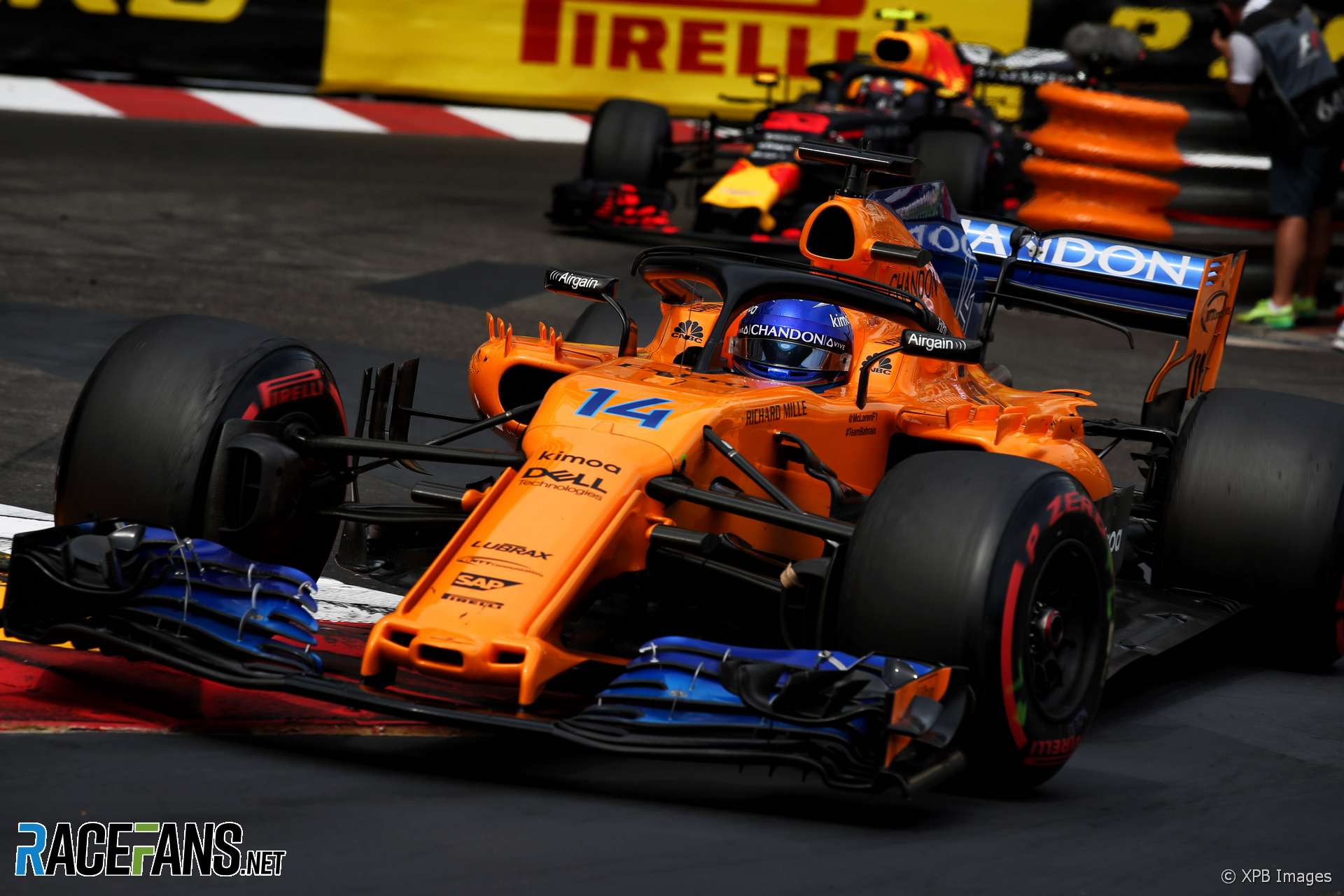 Fernando Alonso joined the criticism of Sunday’s Monaco Grand Prix, saying fans who bought tickets should get some of their money back.

“This is probably the most boring race ever,” he said. “Without a Safety Car, without yellow flags. I think the sport needs to think a little bit about the show because this is very disappointing.”

Drivers were not able to demonstrate the performance of their cars in the race, said Alonso. “There is no pace, there is no speed. You follow the cars in front of you.”

“I think probably we need to give something to the fans at the end of the car just to pay a little bit back the ticket,” he added.

A car failure prevented Alonso from continuing his points-scoring run. “Two laps before the [pit] stop we had some loss of power,” he said. “Then at the end we were stuck in fifth gear. ”

“I don’t know if it’s an engine problem or a gearbox problem or something in between. It was disappointing, obviously we were seventh at that point, we secured seventh because they aren’t overtaking in this place.

“They [would have been] good points for the team but unfortunately today we couldn’t see the chequered flag.”