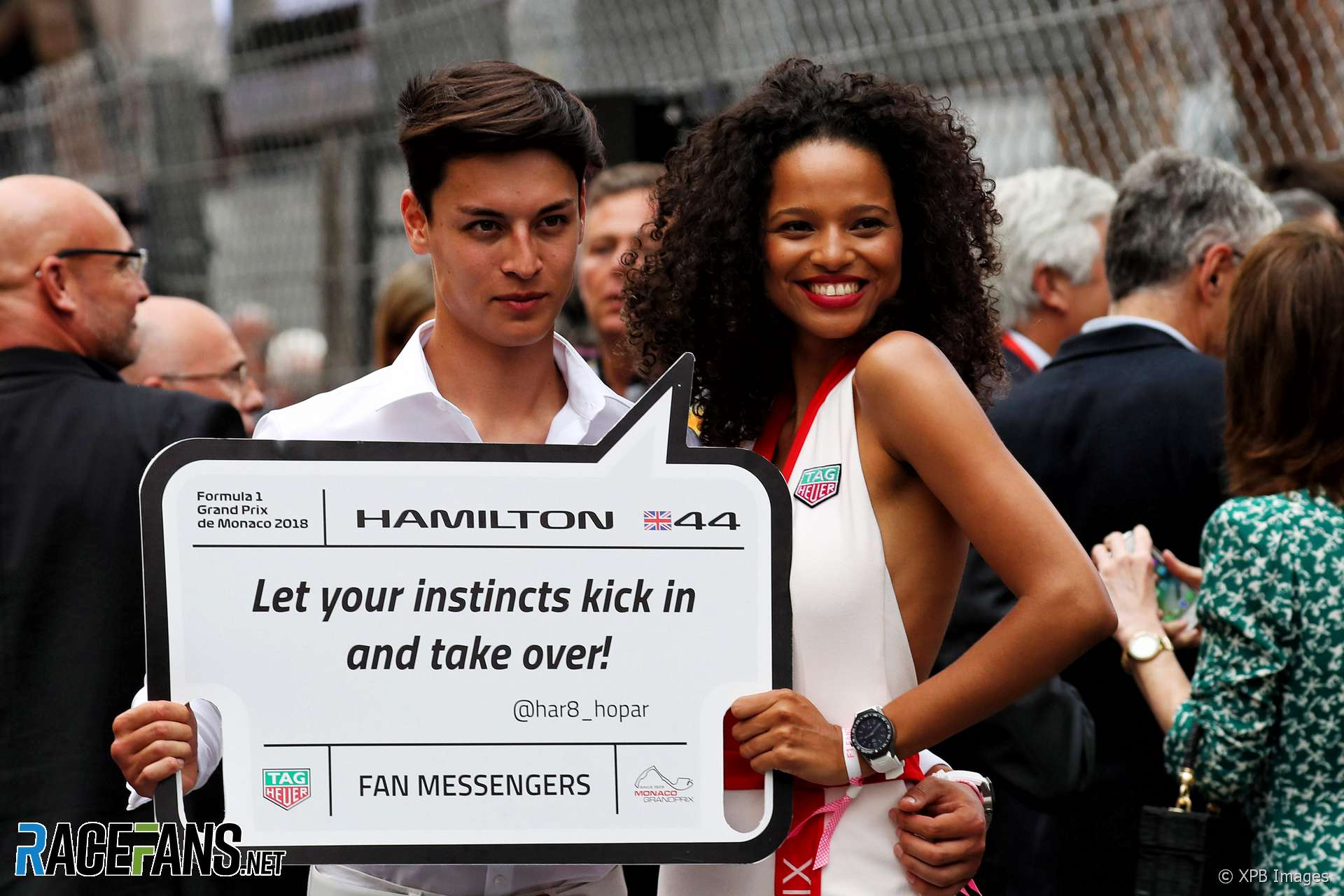 The Monaco Grand Prix is always more of a spectacle than a race but @DieterRencken suspects there are other reasons why the event’s appeal appears to be declining.

Leave digs after checking out, hoping to make the circuit within an hour – mission accomplished give or take a few minutes. En route it strikes me how quiet the streets are, which doesn’t bode well for a full house. Over the years Monaco’s crowd has decreased gradually – a decade ago virtually every balcony overlooking even an inch of circuit was packed – and I wonder how much of it is driven by rip-off prices.

Add in that virtually every year during Monaco weekend the French stage some strike or other, and a trip to the principality becomes increasingly wearisome. By all means have grievances with governments of the day, but don’t punish those who don’t have dogs in the fight. Wednesday/Thursday flights were affected by air traffic action, Friday and Saturday saw railway staff down tools, and for Sunday evening yet another air traffic strike is scheduled.

An appointment I had with the Mexican Grand Prix promoter is postponed to Silverstone – he’s been delayed in another meeting, I guess with Liberty Media – so I have an hour to kick about before recording a podcast for Viasat.

Due to broadcast contracts we are not permitted to record within the circuit confines, so head up to the quay from where the circuit is more visible than in the paddock. We talk Liberty’s recent team meeting and Ferrari’s double ERS battery while the Porsche Supercup race drones on behind us.

I head for Pirelli, where the tyre company’s CEO and vice president Marco Tronchetti Provera addresses the media. The company’s current three-year contract expires at the end of the 2019 F1 season, so clearly extension negotiations are due to start soon. I hear low profile tyres, probably on 18-inch rims, are back on the agenda.

Should Pirelli extend the deal for another three years it would need to develop such rubber – which holds major commercial implications, for currently the company’s largest on-car branding is on sidewalls. The smaller the space, the smaller the branding. Pirelli’s current corporate identity guidelines do not permit curved logos. 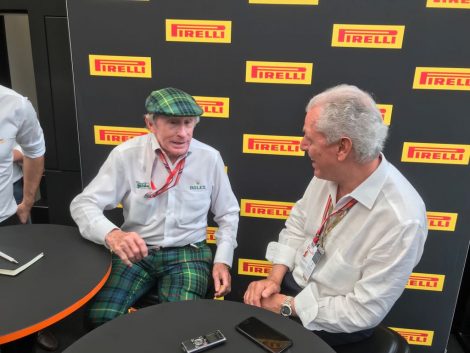 Thus, I ask Tronchetti whether he is prepared to accept smaller branding, or will ID policies be amended should Pirelli remain in F1 – he smiles Mona Lisa-style before responding: “We’ve thought of that, and are prepared. We tested low profile tyres here in Monaco three years ago, so have some ideas…”

As the session comes to an end, in walks Sir Jackie Stewart – he and Tronchetti greet warmly, obviously old mates. I ask the triple world champion whether he ever raced on Pirelli. After some discussion we speculate about the 1967 Brands Hatch Six Hours, when he and Chris Amon drove a Ferrari 330 P4 to victory.

Subsequently I discover the car wasn’t shod with Italian rubber, but Jackie’s story bears repeating: “Chris had been to a party the night before, so was feeling off-colour. He was sick in the car, and came into the pits unable to continue. I had to drive the car like, and drove about two-third of the race. Maybe we won because I wanted to get out of the car as soon as possible…”

I’d arranged for Ari Vatanen to dine and watch the race at Mercedes as it’s the home of fellow Finn Valtteri Bottas, so after Pirelli head there for an early lunch – Thai prawn and pineapple salad, roast chicken breast, mash and cauliflower, and freshly diced fruit. It should keep me going ’til home – strikes permitting.

Liberty’s revised race day schedule means we wait until 2:30pm before the pit lane opens, while all drivers are either occupied by strategy meetings, track parades or lunch. Team bosses are either attending to last-minute stuff or sweet-talking sponsors over lunch, so there is no one about for 90-odd minutes. This is the most boring part of the weekend, though Lewis Hamilton’s comments after the grand prix suggest he may disagree. 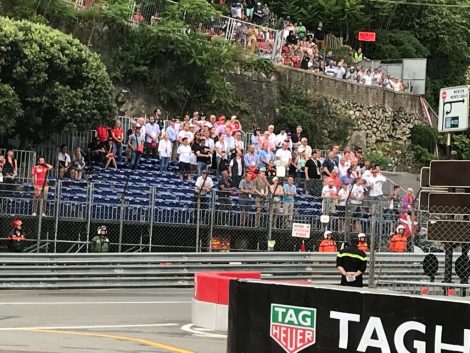 Head for pit lane – the best part of the weekend, as related in previous diaries. On my return to the Media Centre I note the empty seats in grandstands, sparsely packed balconies and open spaces on Pecheurs hill below the castle. No way is Monaco filled near capacity. I also note a conflict: Monaco’s official watch is – as barriers, banners, grid girls and guys (above) proclaim – TAG Heuer. F1’s timing partner is Rolex.

My interview lot is an exclusive with Robert Fernley of Force India, plus group sessions with Toto Wolff (Mercedes), Kimi Raikkonen and FIA Race Director Charlie Whiting. I finish off at exactly 7pm, ready to hit the road for Nice Airport, allowing two hours for the 25-mile journey due to possible traffic, as in the past. In the end the drive takes less than an hour.

Car handed back, checked in, in (packed) lounge – to be told the Brussels flight is delayed by “at least 90 minutes due to a strike”. The reason it’s packed is due to every one of 10 flights listed being delayed. I with Force India’s Otmar Szafnauer and Andrew Green until they depart. We board shortly after 11pm, when the captain greets us with the news we are grounded for “another 90 minutes”.

While drifting off between cabin updates (none positive) I wonder whether Monaco’s dwindling audience is partly caused by such disruptions. After all, why visit a circuit which more often than not delivers on-track tedium, then invariably face such strife? Or maybe the place has simply lost its allure?

We finally get home at 3:30am – well over three hours late – and update this after four hours’ sleep. It’s the second Monday in as many grand prix weekends that’s been disrupted by the French strikes.

36 comments on “Paddock Diary: Why the shine is coming off F1’s ‘jewel’”