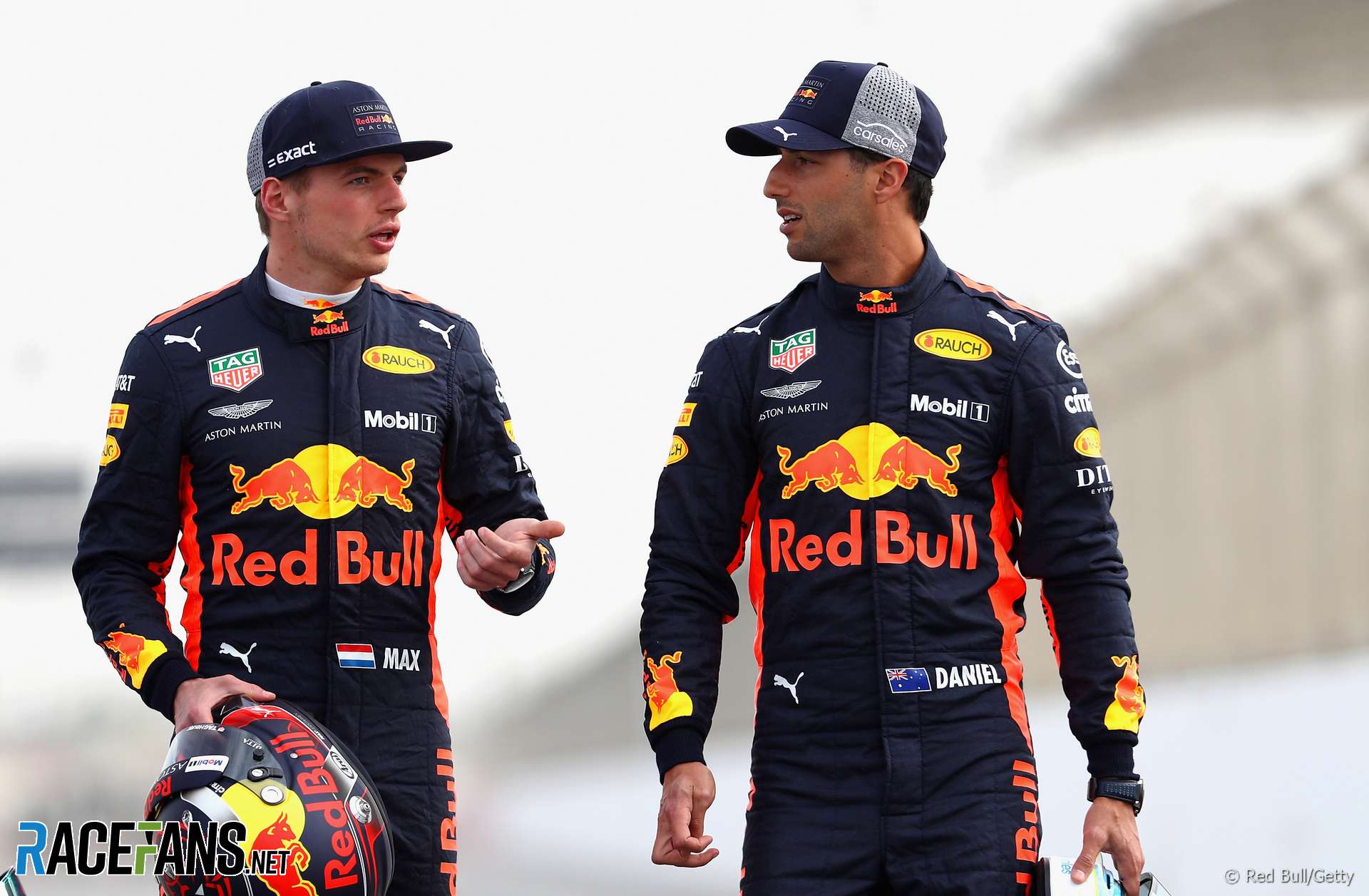 Verstappen has been involved in eight incidents in six race weekends so far this year. The most recent, his crash during final practice in Monaco, meant he had to start from the back of the grid.

Asked if Verstappen is able to learn from his mistakes, Horner said his driver should look at the example set by Daniel Ricciardo.

“I think he has a very good teacher in the car next door to him,” said Horner. “Max has an abundance of talent and had some harsh lessons this year and I think a modified approach will benefit him.”

Horner believes Verstappen is frustrated by his failure to capitalise on the potential he has shown so far this year.

“We talk weekly, he’ll be in the factory this week. Of course what frustrates him is that he’s working harder than ever, feels fitter than ever and it feels like he’s just trying a bit too hard at the moment.

“Of course, when you get into a spiral and try harder I think you just need to hit the reset button.”

Verstappen recovered to finish ninth following his setback on Saturday. “Max had a better Sunday than he had Saturday,” said Horner.

“I think starting from last on the grid, expectations in Monaco have to be low. All weekend in all formulas there has been very little overtaking, but he made some good passes in the race, the strategy worked well for him and we thought if he could get in the points by the end of the race that would be a good result.

“Ninth was a good drive from him and he needs to go away from this race and reflect on what should have been and apply that for the future.”

84 comments on “Ricciardo “a very good teacher” for Verstappen – Horner”