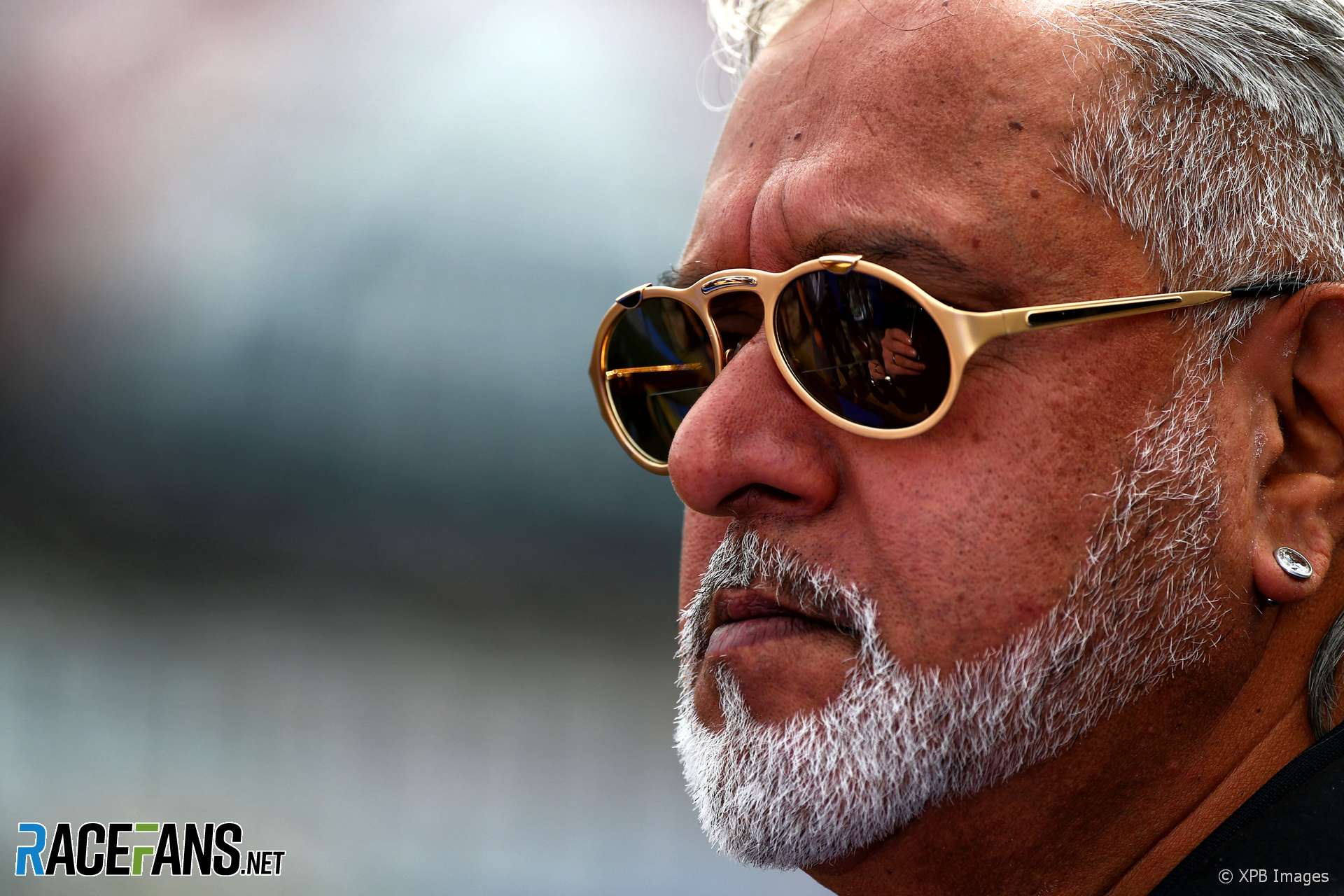 Force India co-owner Vijay Mallya has stepped down as the team’s managing director.

Mallya, who acquired the team in 2008 and branded it as Force India, remains a majority shareholder but is no longer a board member.

He is set to be replaced as director by his son Sidhartha Mallya, who was previously a director at Mallya’s Indian Premier League cricket team Royal Challengers Bangalore.

The ownership of Force India is split between Mallya and Roy, who hold 42.5% each, and the Mol family, which owns 15%.

RaceFans understands from a source at the team that Mallya has relinquished the role in order to concentrate on his ongoing legal problems.

Mallya is fighting extradition to India where the authorities are seeking to prosecute him over allegations of fraud. Earlier this month he lost a lawsuit in the UK brought by a group of Indian banks seeking to reclaim £1.15 billion from his companies.

Although Mallya intends to continue as team principal he has been unable to leave the UK following his arrest last year. He has been giving input into the team’s race weekend operations via a dedicated ‘control centre’ set up in his house.

The 62-year-old has also had medical problems. He underwent surgery on his Parotid Gland earlier this month.