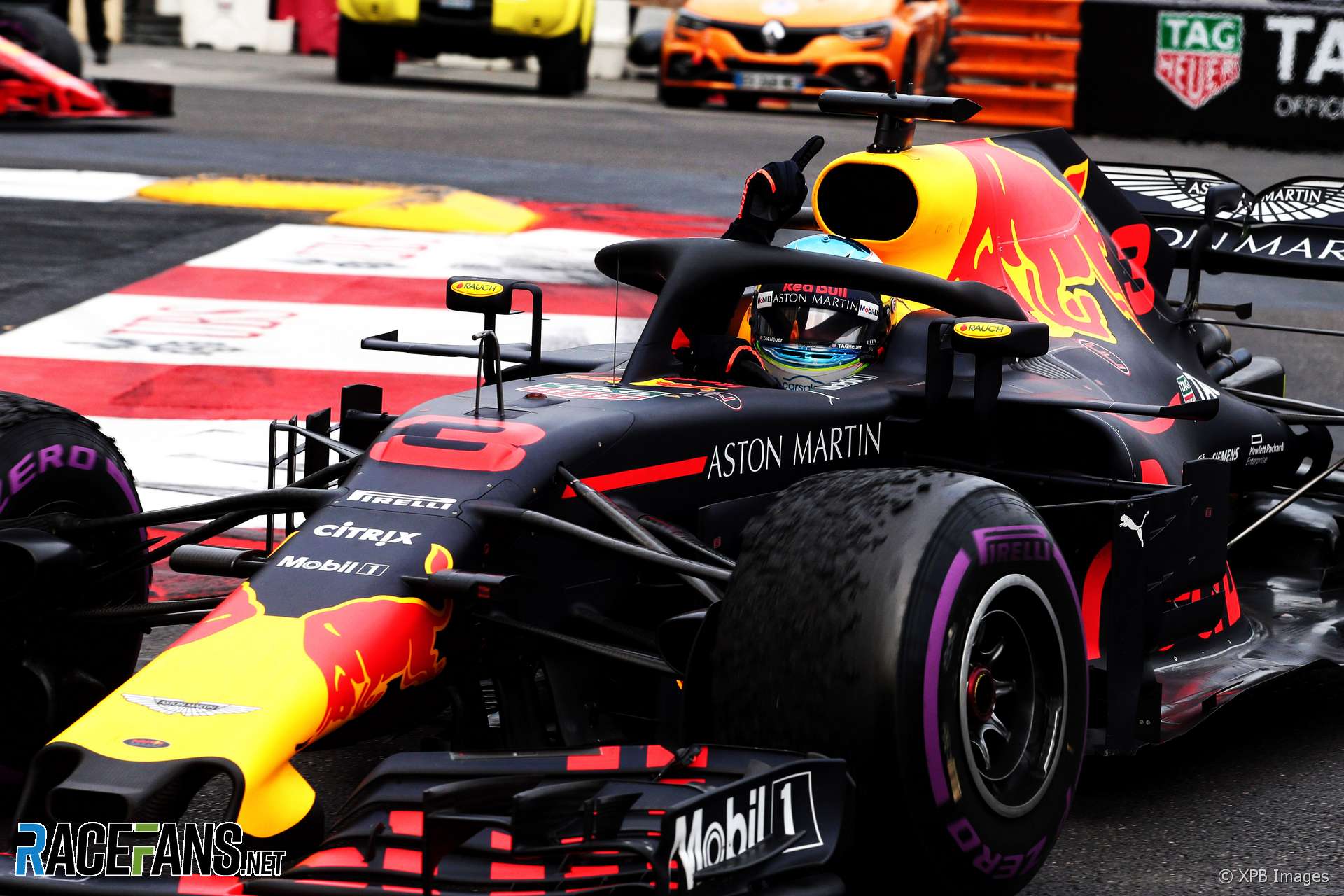 Daniel Ricciardo won the seventh race of his F1 career in Monaco, putting him level with Rene Arnoux and Juan Pablo Montoya in terms of victories.

It was a stand-out weekend for Ricciardo, who also took the second pole position of his career, two years after his first, becoming the 68th F1 driver to start from the front more than once.

He also led every lap of the race, becoming the first driver to do so since Lewis Hamilton beat him to last year’s Singapore Grand Prix victory. Ricciardo has now led more laps this year (90) than Hamilton (84).

Sebastian Vettel has led the most, and has also spent the most laps in second place, which happens to be the same total of 139. Championship leader Hamilton has spent more laps in third place than any other position.

Ricciardo missed out on the fastest lap and therefore a ‘grand slam’ too. However Max Verstappen gave Red Bull their fourth fastest lap of the season. Mercedes took the other two and Ferrari haven’t had one yet.

This was the fourth win for Red Bull in Monte-Carlo and their third scored by an Australia, two of the others coming courtesy of Mark Webber. They also took their fifth Monaco pole, which is more than Mercedes or Renault have.

Ricciardo’s success is an encouraging sign of how competitive F1 is in 2018. After six races three different teams have each scored more than one win. This took until round 15 to happen last year and did not happen at all in 2016, 2015 or 2014.

Ricciardo’s pole position time of 1’10.810 was a new record for the circuit. Last year this track had the fourth-shortest lap of the year in terms of time. With the hyper-softs returning for next week’s Canadian Grand Prix, sub-70 second lap times could be possible at the Circuit Gilles Villeneuve.

While Vettel and Hamilton kept up their points-scoring streaks (Hamilton on a record 31), Fernando Alonso failed to add to his points haul for the first time this year. However he remains the only driver who hasn’t been out-qualified by his team mate all year.

Charles Leclerc became the first home driver in the Monaco Grand Prix since Oliver Beretta 24 years earlier. Beretta finished eighth in that race which would have made him a points-scorer today. However Leclerc crashed out with brake failure. His team mate Marcus Ericsson remains the only driver who hasn’t reached Q2 so far this year.