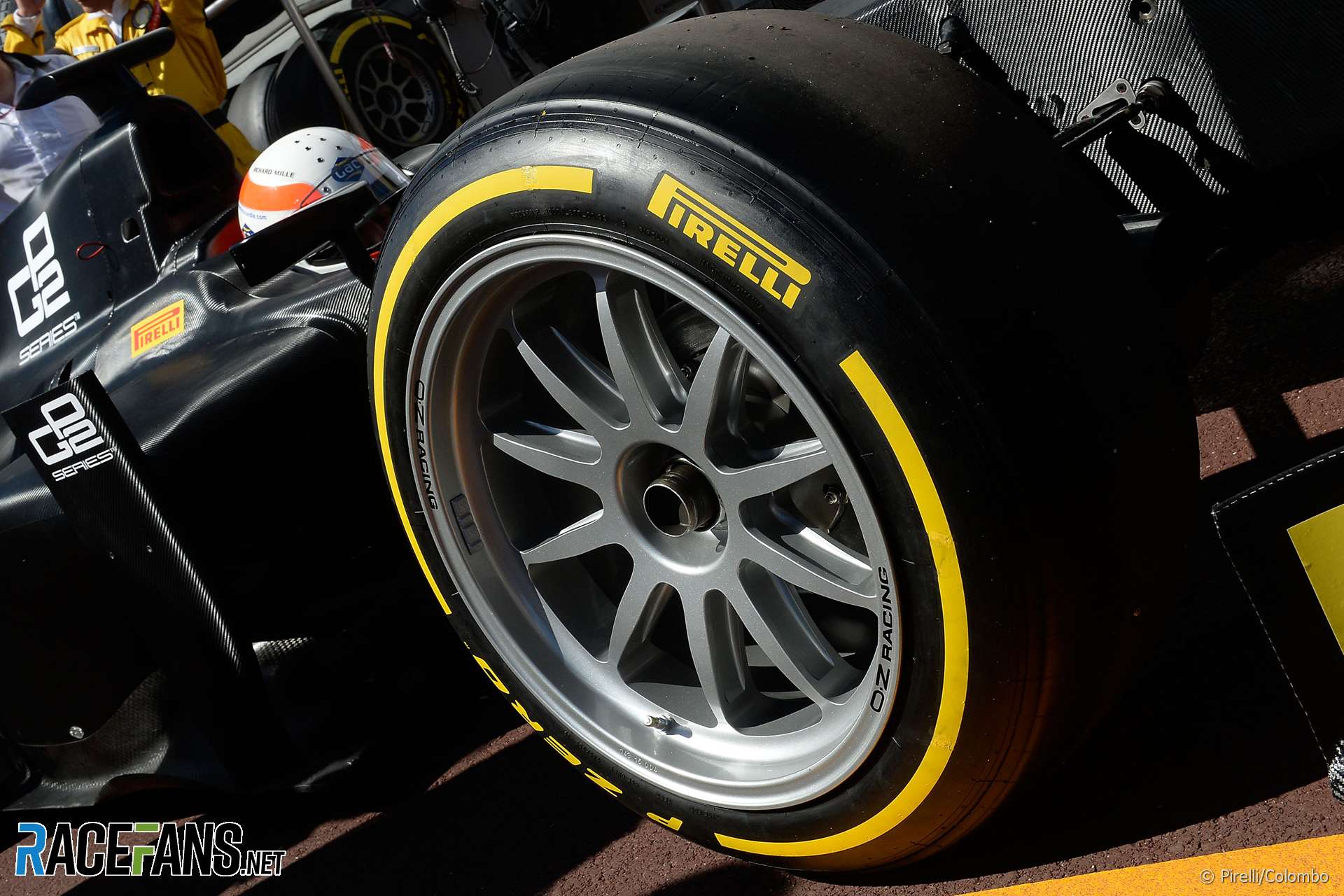 Pirelli says it is ready to supply new technologies to F1 if the sport decides it wants them.

The Italian manufacturer has been the sport’s sole tyre supplier since 2011 and its current three-year contract ends after the 2019 F1 season. The sport’s commercial rights holder Liberty Media intends to overhaul the regulations in subsequent seasons, which could lead to a change in tyre specifications.

Pirelli CEO Marco Tronchetti Provera said the company would welcome new technological challenges which come as part of that. These could include increasing F1 wheel sizes from 13 inches, which are seldom seen on road cars, to 18 inches.

“We are open,” he said. “Obviously they have to find the right regulations and the teams [need to be] ready to adopt it.”

A change in wheel size would have implications for F1 suspension design. Tronchetti Provera said this would require development work.

“We obviously need testing cars. They have to develop [different] cars for 18 inches. The shock absorption between suspension and tyres, different shoulders, different sizes, everything has to be tested and it takes time.”

The possibility of increasing F1 wheel sizes has been considered before. Pirelli tested an example of the larger rims and lower-profile rubber in 2015.

One drawback of the lower-profile rubber for Pirelli would be less space on the sidewall to display their logo. However according to Tronchetti Provera they do not prefer either format. “We are happy with 13, we are happy with 18,” he said.

“We will find a way to have proper branding and shoulders that can be combining technology and marketing. It’s something our people are able to do.

“We showed the 18 inches tyres three years ago. We started thinking much in advance.”

Smart tyres, which feature sensors built into the surface rubber to give instant data on tyre performance, is another technology Pirelli could bring to F1. The manufacturer has recently introduced the technology to the consumer market.

“I think that if it helps the sporting aspect we are ready also with sensors,” said Tronchetti Provera in response to a question from RaceFans. “This is something the teams have to consider in additional value to the flow of information they have.

“We already mentioned that we are ready to start testing. We want to know what information they want that [is] useful for that. So we are here to continue to help the evolution of technology and the show.”