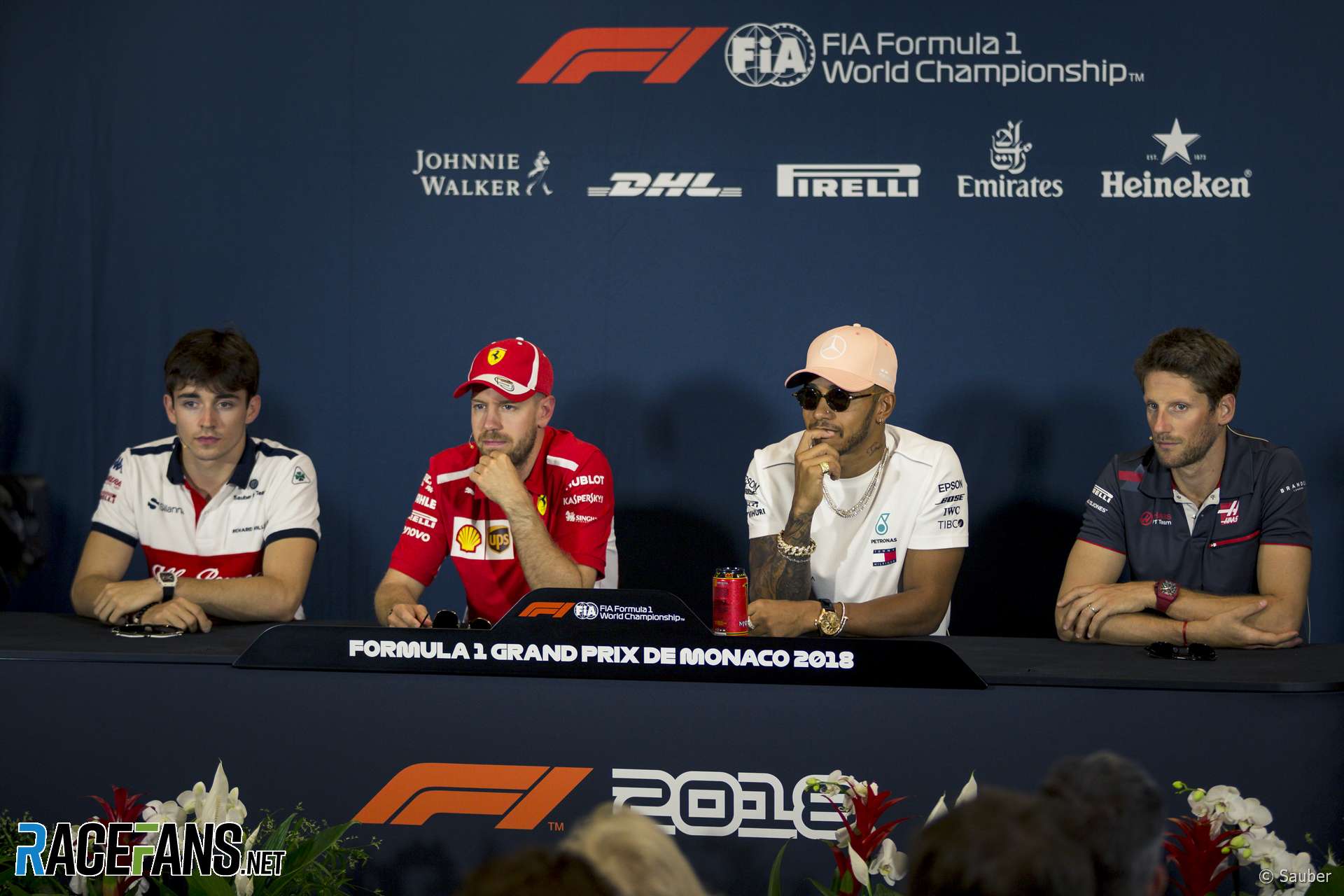 In the round-up: Charles Leclerc says it feels “crazy” to be praised by current world champions Lewis Hamilton and Sebastian Vettel.

Leclerc pointed out he has received plaudits from other drivers too:

It feels amazing. Also Nico [Hulkenberg] when I was with him for the Formula One Live spoke very highly about me. Of course I was in front so it was difficult for him to say anything bad, as he mentioned! He still said many good things about me. Felipe [Massa] also.

So to have these four drivers speaking of myself that way and saying positive things about me is crazy. It’s great to hear that. On the other hand I try to not listen too much there’s a lot I can improve on but it’s always very special to hear those positive things from those drivers.

We all know that is raining a lot in @circuitspa but this… 😳😳 Hopefully they have already changed the signals ! 😂 #wet pic.twitter.com/JKEYDg3caZ

1992 was thrilling, because Mansell looked like he could pass Senna, every corner and every lap such was the aggressiveness of his drive. Uncertainty prevailed till the flag, and it really was exciting! Not like 2018… pic.twitter.com/UT0aVgY7cf

Back at the base to start prepping for the #CanadianGP @redbullracing pic.twitter.com/T3o95N3BD4

How Renault emerged as best of the rest (F1)

"In this hectic, troubled environment, he is keeping his head down, remaining calm – and progressing. His team-mate, by contrast, is becoming ever-more strident in his frustrated complaints and going backwards."

On Monaco track with my dad (Nico Rosberg via YouTube)

" I think it was the worst grand prix car I ever raced. Really, the car was almost undrivable."

Haas test driver and F2 racer Santino Ferrucci is making his IndyCar debut this weekend as a substitute for the injured Pietro Fittipaldi in Detroit this weekend.

Should F1 increase wheel sizes from 13 inches to 18? David has a radical idea for how to decide…

What is the optimum size for performance? That is the size I want.

Being relevant to road cars is a poor excuse for adopting 18 inch rims. The linkage to road cars is already there: development of better compounds. There is nothing to gain from a cosmetic change, instead the sport loses an aspect of it’s technical history.

If someone asks why F1 cars have 13 inch wheels now, it becomes a question of history and the gradual evolution of technology in F1 and how the cars have been built to accommodate or exploit the particular characteristics of that wheel size. If someone asks the same question about 18 inch wheels, the answer will be ‘because some marketing focus group thought they looked cool.’

In my opinion, that would be a backwards step.

However, if there were compelling technical reasons behind the switch, I would accept the new size.
@DavidS

43 comments on “Leclerc amazed by praise from Hamilton and Vettel”