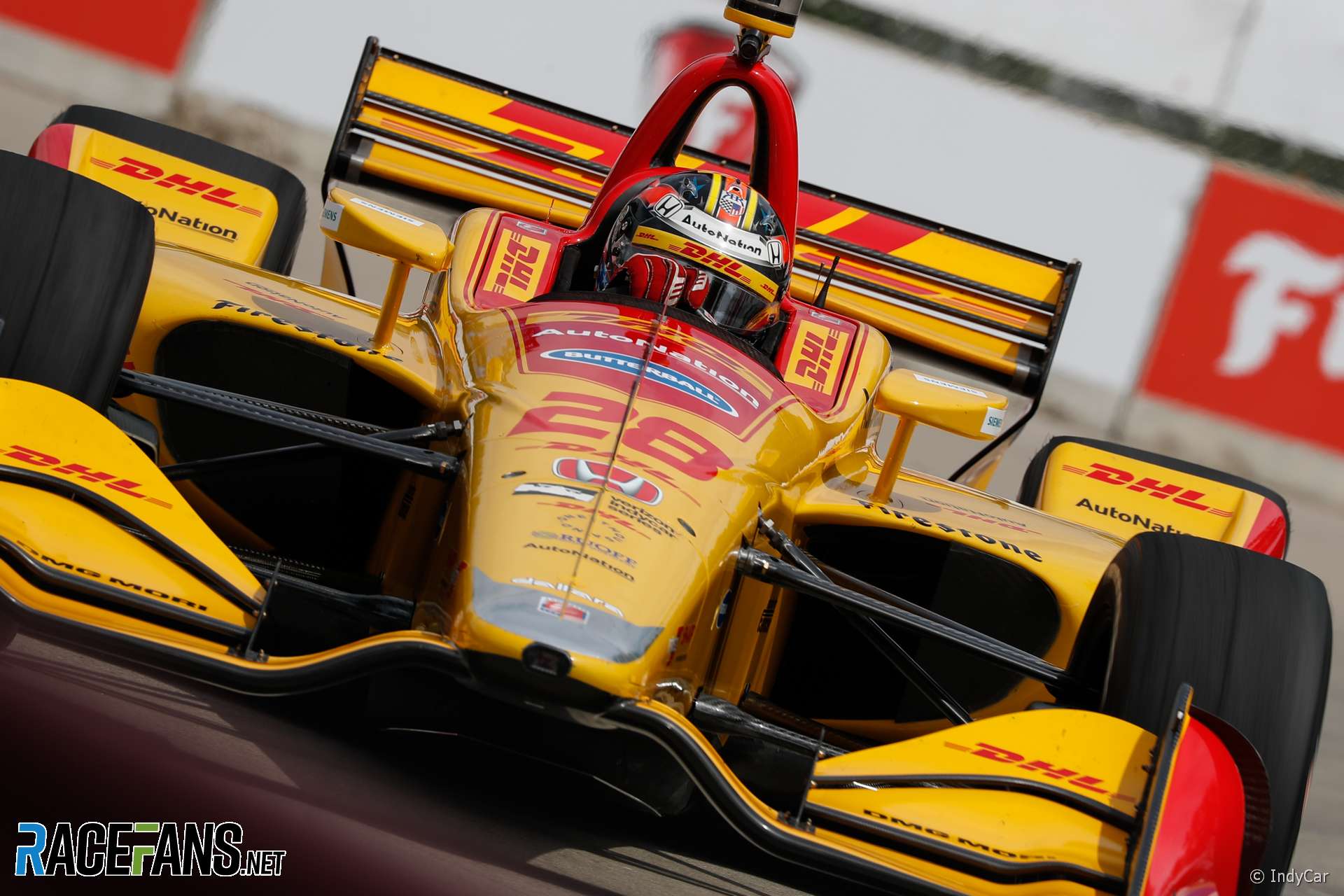 Ryan Hunter-Reay scored his first IndyCar victory for three years after team mate Alexander Rossi skidded off under pressure with six laps to go in the weekend’s second race at Detroit.

Championship leader Rossi locked both front wheels and slid into an escape road at turn three while Hunter-Reay was breathing down his neck in the final laps.

Rossi led the race from pole position on a two-stop strategy, but his three-stopping team mate closed on him rapidly over the final laps. Hunter-Reay had been well over one-and-a-half seconds per lap faster as he chased down the leader.

Will Power inherited second place as a Rossi limped into the pits with a puncture. The Indianapolis 500 winner was the highest-placed Chevrolet finisher for the second day in a row at a track where Honda held the upper hand.

He was followed home by four Honda-powered drivers. Ed Jones recovered from losing several positions on the first lap to claim third ahead of team mate and race one winner Scott Dixon. Graham Rahal made amends for yesterday’s crash by taking fifth ahead of Robert Wickens, who had started on the front row but lost time after pitting early.

Charlie Kimball gave Carlin their best result to date with eighth behind Tony Kanaan. Marco Andretti came in ninth ahead of Simon Pagenaud and the second Carlin of Max Chilton and a disgruntled Rossi.

the start of the race was delayed by over half an hour due to a bizarre incident when the pace car driver crashed at the exit of turn two. No one was hurt but a spare pace car was needed to get the race started.