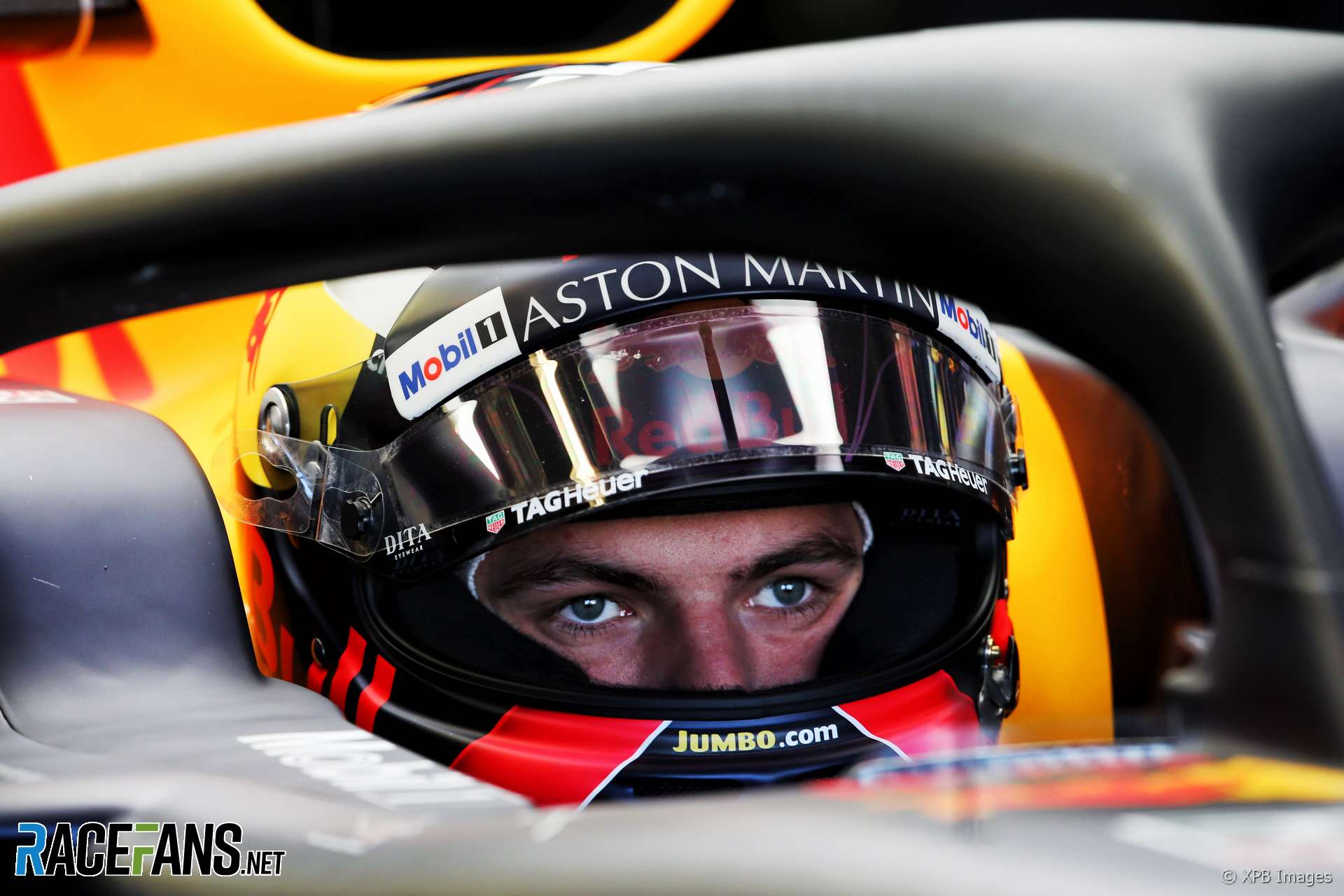 Max Verstappen led the first practice session for the Canadian Grand Prix before encountering a suspension problem on his Red Bull. However the fault was quickly rectified, allowing Verstappen to return to the track having lost little time.

He edged Lewis Hamilton by less than a tenth of a second at the top of the times while Daniel Ricciardo made it two Red Bulls inside the top three.

The highest Ferrari was fourth, but very little separated the front-runners. Sebastian Vettel was within three-tenths of a second of Verstappen’s time. All of the top six were within half a second of each other.

Fernando Alonso gave McLaren some encouragement with a midfield-leading time which was less than 0.6 seconds slower than Verstappen’s Red Bull. Team mate Stoffel Vandoorne was ninth after McLaren swapped floors on his car as part of a scheduled test.

Nico Hulkenberg caused a lengthy disruption early in the session when his Renault came to a stop at the exit of the old pits hairpin with a loss of drive. Although he was able to turn his car off and then restart it using the MGU-K, he still couldn’t find a gear and his session was over.

Practice was stopped while Hulkenberg’s car was recovered. As a result, drivers were given an extra 11 minutes before they had to hand back their first sets of tyres.

Nicholas Latifi, making his first appearance in an official F1 session, was slowest among those who set times. However unlike fellow home driver Lance Stroll he managed to keep his car out of the barriers: Stroll limped in with a right-rear puncture after hitting the Wall of Champions.

Sergey Sirotkin emulated his team mate by hitting another wall in the final minutes of the session. The newcomer to the Circuit Gilles Villeneuve spun into a TecPro barrier at turn six.