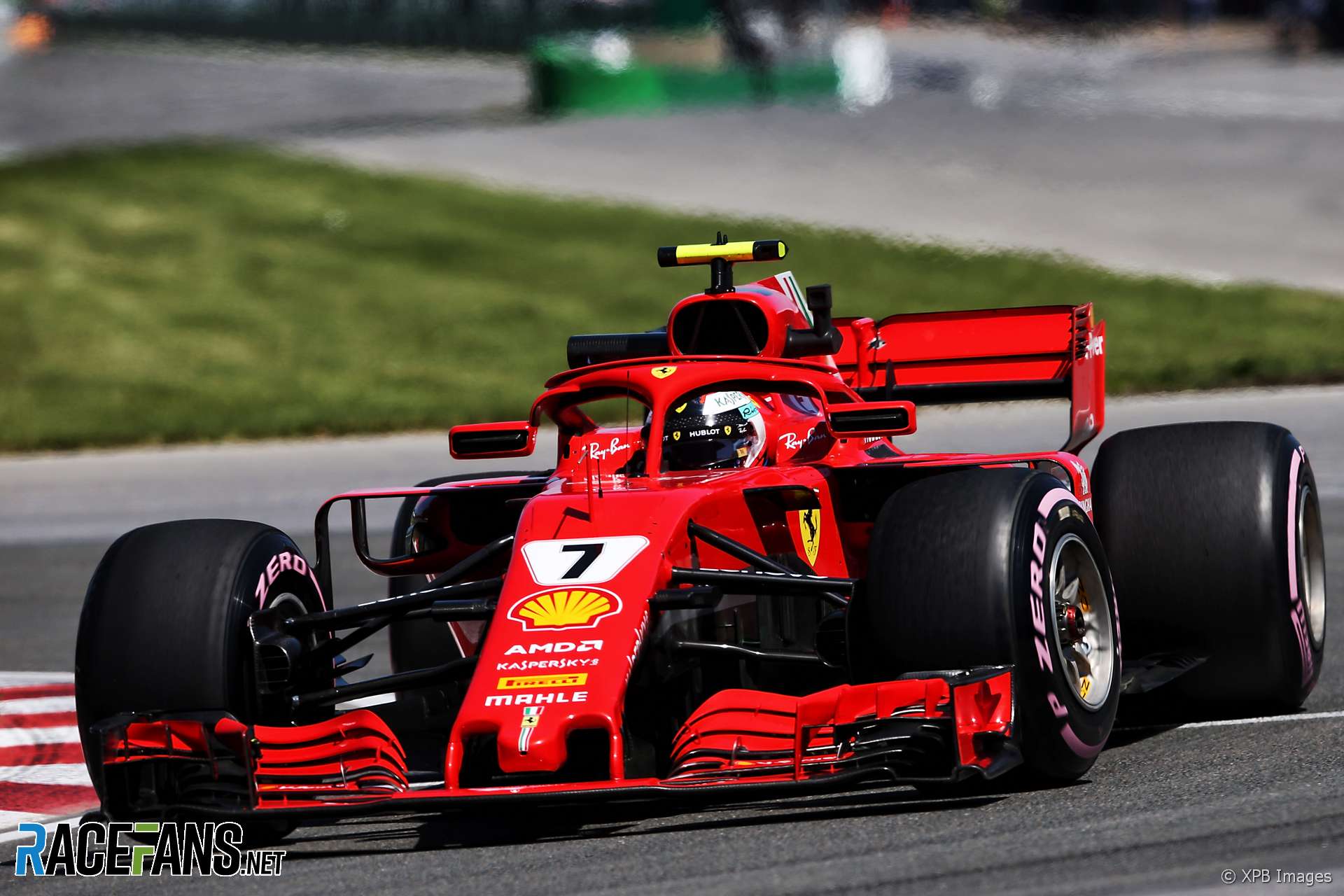 Kimi Raikkonen says he is “happier” with the balance of his Ferrari after ending practice in second place behind Max Verstappen.

“This is not the easiest of circuits to get things where you want them to be but it got better and better during the day so it was OK,” said Raikkonen.

“It’s always tricky here with the feeling on the first day because we have a combination of low downforce and poor track grip. You try to go as straight as you can in the chicanes, so it was a bit tricky but it improved towards the end of the day.

“We’re in the right direction, for sure we have things to do, but I’m a bit happier now.”

Raikkonen said he had been able to make more progress with the hyper-soft tyres than he did in the last race.

“Unlike Monaco, here we could do more tyre work with the hyper-softs because you can have clear runs around this track, while in Monaco that’s impossible. Therefore, it’s easier to know what may happen to the tyres in the race.

“For sure they’re good over one lap and then they last a few more laps than in Monaco. But I haven’t seen the lap times of the others in the long runs and how they compare with ours, so I don’t know what the most likely race strategies will be.”

Sebastian Vettel ended practice six-tenths of a second slower than his team mate. He said he was unsure how competitive the team will be.

“I think today we are not the favourites,” said Vettel. “Kimi I think was happy on one lap [pace] so probably he is one of the favourites, I’m not. We’ll see tomorrow.

“I haven’t seen much of the times of the others so difficult to read yet. I think we need a little bit of time to understand the full picture.

“But as I said not yet happy with the car and if that comes together then I think we can do quite a big jump, put it all together, will help us to be there tomorrow.”

One comment on “Raikkonen “happier” with Ferrari balance in Canada”