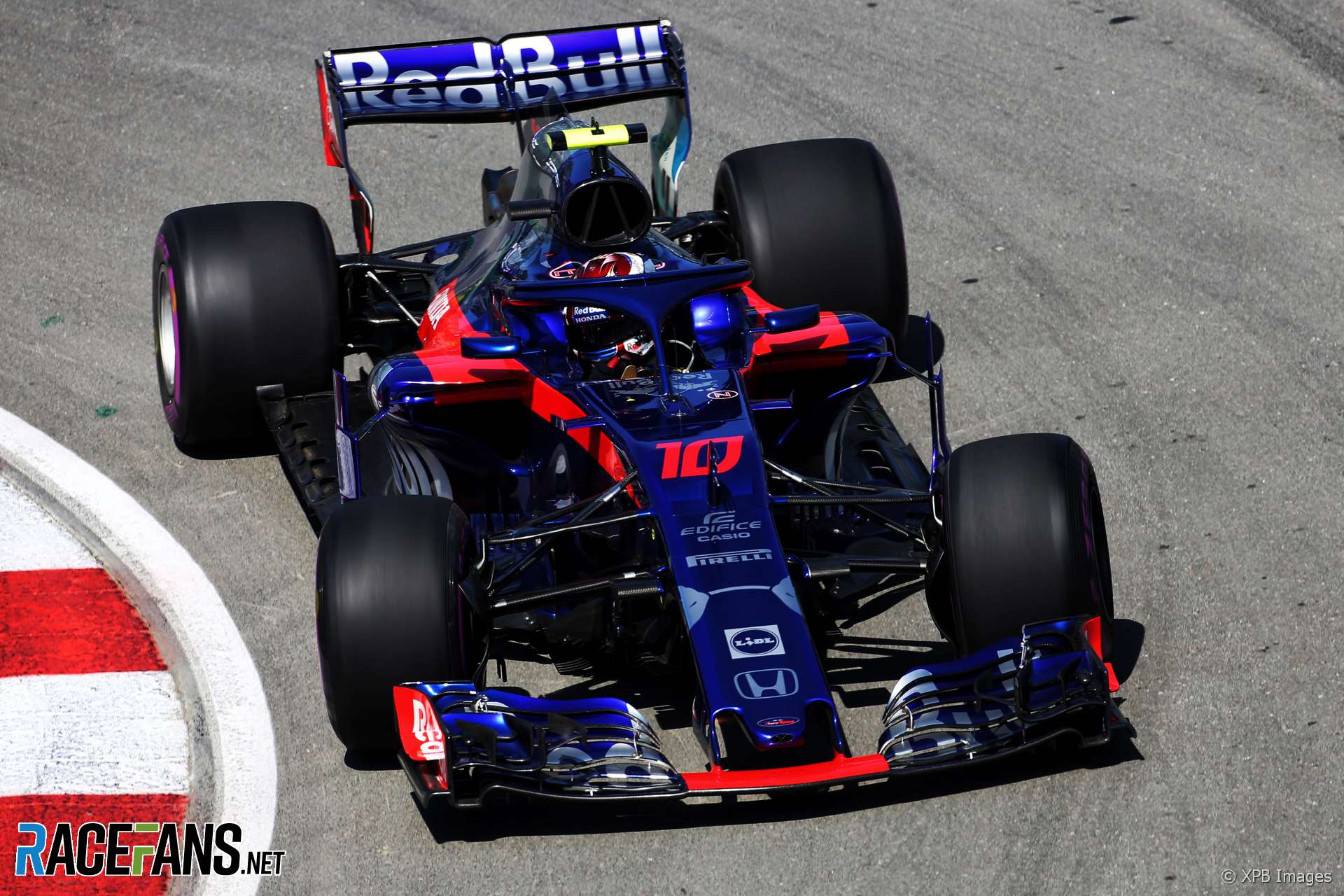 Pierre Gasly says he wants to get Honda’s upgraded Formula 1 power unit back in his car “as soon as possible” after he was unable to run it during qualifying.

The Toro Rosso driver dropped out in the first round of qualifying after switching back to his previous engine.

“We had an issue with the engine in [final practice], with the new upgrade, so I had to revert to the engine I had in Monaco without the upgrades,” Gasly explained.

“On a track like Canada we know the top speed is massively important so it made qualifying quite tough for us.”

Gasly missed the cut for Q2 by less than five-hundredths of a second. “Of course it’s always frustrating to miss out with such a small gap,” he said.

“But looking at the positive Honda did a really good job with the new upgrades. So I just can’t wait to put this upgrade back on my car as soon as possible.”

“The speed on the straight, when you put the [throttle] down you just have more power from the engine,” he said. “So basically [you] go quicker just on the straights.

“On a track like Canada where you have such long straights, the gain of lap time is quite important.”

“Looking at the positives, it’s good for the coming races,” he added. “It just will be quite difficult for our side of the garage tomorrow.”