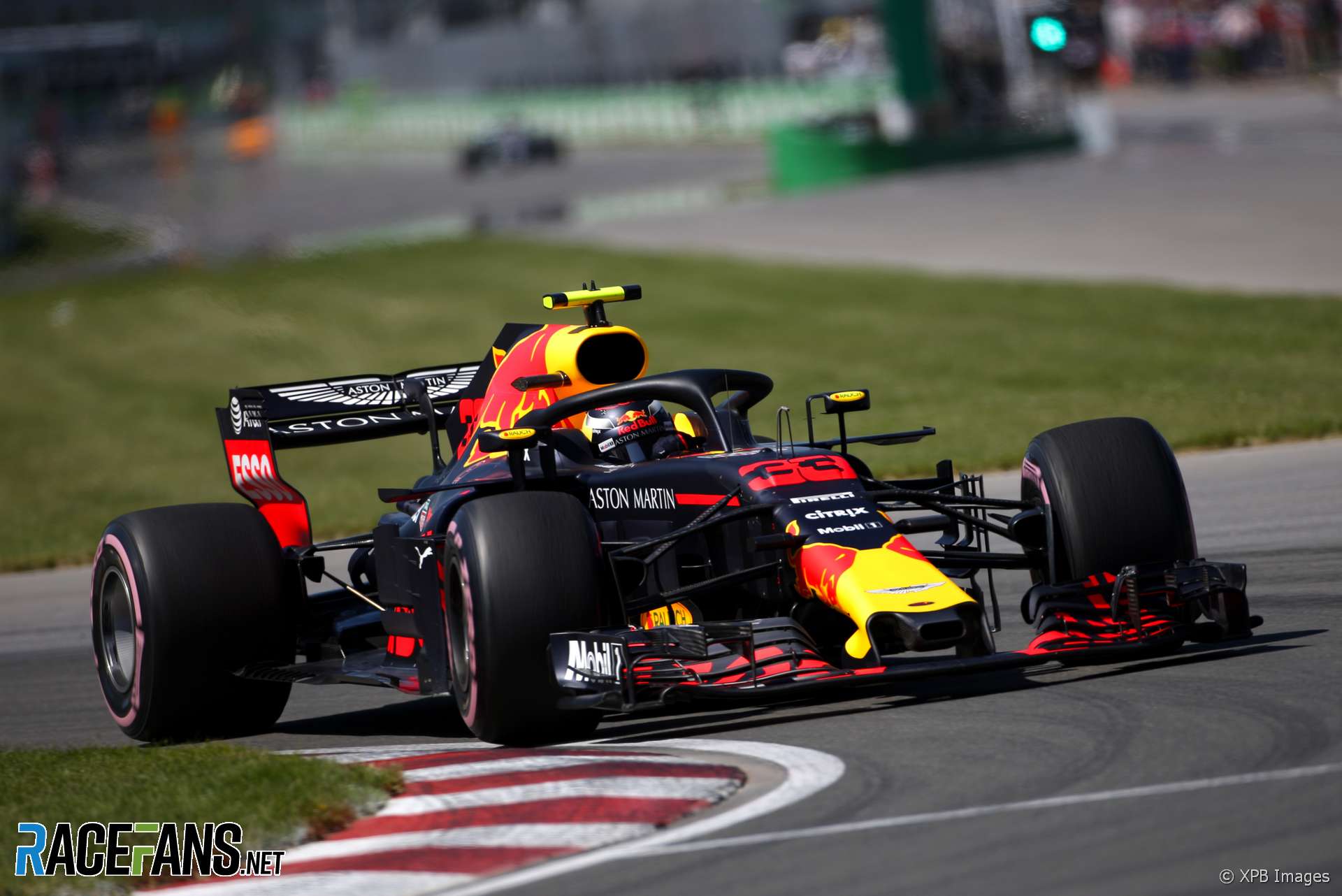 While Daniel Ricciardo’s pole position in Monaco was widely expected, Max Verstappen’s third place on the grid in Canada is arguably even better news for Red Bull.

It’s only the second time this year they’ve got a car inside the top three in qualifying, and they’ve done it on a track where their less powerful engine puts them at a greater disadvantage.

Can Verstappen, using his hyper-soft tyres, take the fight to front row occupants Sebastian Vettel and Valtteri Bottas, who will start on the ultra-softs?

Lewis Hamilton, who Verstappen shares the second row with, doubts the advantage of being on softer rubber will be enough on its own to carry Verstappen into the lead.

“Ferraris are consistently quickest or second-quickest starters so far this year and Red Bull have not been as good as them,” he said. “But I’m sure he’ll give it everything, as we know he always does. I hope he gives it everything. And I hope that me and Valtteri will be there to maximise the points.”

But last year Verstappen didn’t need the advantage of softer tyres to make a stunning getaway which propelled him from fifth to second.

How Vettel plays the start will be crucial. The combination of opening corners at the Circuit Gilles Villeneuve makes it easy for the pole sitter to compromise the driver who starts alongside him. He may view Verstappen as a potentially useful buffer to the Mercedes in the opening laps, in which case Bottas can expect a squeeze from the Ferrari on the outside of turn one.

After that, which driver is on the best strategy? As usual the difficulty of overtaking will play an important role.

“Here is different compared to Monaco with some places where it’s easier to overtake,” said Pirelli’s sporting director Mario Isola. “[In] Monaco we know it’s very difficult to overtake, that’s why everyone was trying a one-stop race.”

However while Montreal’s long straights give the impression of a circuit where overtaking is easy, that wasn’t really the case last year with the high-downforce cars. Data from Mercedes indicates there was as many passes in this race last year as there was at the Circuit de Catalunya, a track which is notorious for being difficult to pass on.

The third DRS zone added to the Circuit Gilles Villeneuve this weekend may help matters. But even so the likes of Sergio Perez, who is starting on hyper-soft tyres, considers it “critical” to avoid making more than one pit stop.

One factor which could work against Red Bull is that the race day temperature looks likely to be higher than was expected earlier in the week. The hyper-soft tyres they will start on have performed better in cooler conditions, whereas the warmth should help Ferrari and Mercedes ‘switch on’ their ultra-softs.

Could Red Bull attempt a one-stop strategy using the ultra-softs for the second stint? Pirelli hasn’t indicated this as a realistic strategy for the race. But if Red Bull see a chance to get a car into the lead this way, surely they will give it a try?

The high possibility of a Safety Car at this track could make it worth exploring such a radical strategy. And Pirelli tends to under-estimate how far drivers will push their tyres.

When Vettel used an aggressive ‘plan D’ strategy of running the two softest tyres on a one-stop strategy in Bahrain, his second stint was six laps longer than Pirelli suggested would be possible. With the hyper-softs predicted to last up to 15 laps at the start, we’ll find out early on if this is what they have in mind.

Can Verstappen disrupt the front row and fight for victory in Canada? And where can Romain Grosjean climb to from last on the grid in a quick Haas?