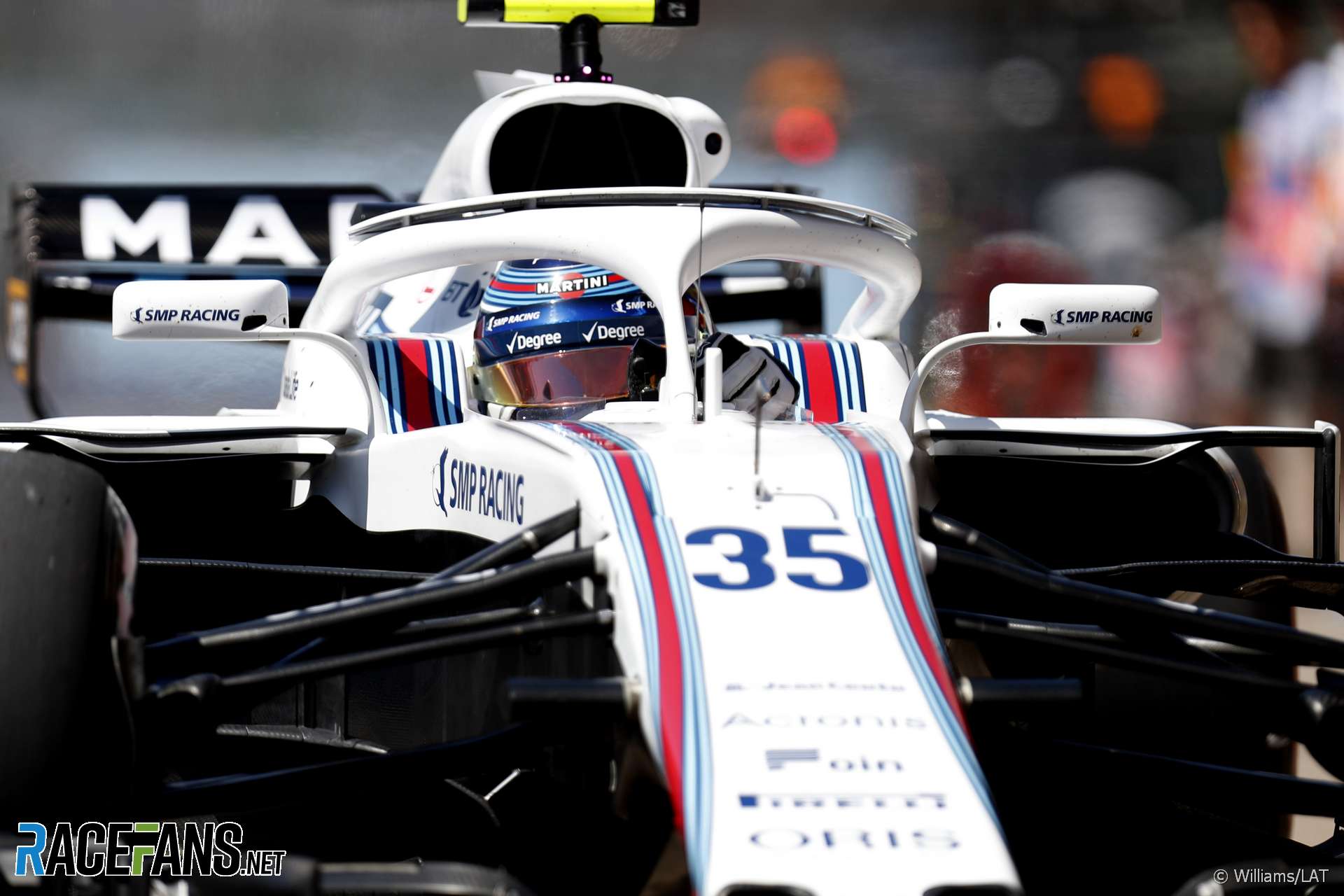 Williams won the annual Canadian Grand Prix raft race but are as far away from success on the track as they have been all year.

For the fourth time out of the seven races so far this year, Williams are slower around the track than they were last season. Despite an extra DRS zone at the Circuit Gilles Villeneuve and much softer ‘hyper-soft’ rubber, the FW41 lapped the track 0.7 seconds slower than the FW40 did last year:

The figures make grim reading for Williams. Their nine rival teams improved their lap time on average by 1.1 seconds.

“We understand the problem and we will move forward with it,” he said. “Some of these problems, they may be easier to understand than always to solve completely. So we have to see where we land with that.”

As Friday practice indicated was be the case, Sauber are the most-improved team in Canada. An excellent qualifying effort by Charles Leclerc put him in front of both McLaren drivers on the grid.

McLaren saw their season-long trend of improvement relative to the ultimate pace reversed at the Circuit Gilles Villeneuve. Having been 2.9% off the pace in Australia, the team improved at each subsequent race and by Monaco were 1.8% away. In Canada they are 2.9% off again. More significantly, they were out-qualified by the sole Toro Rosso which had Honda’s new-specification power unit.

The Circuit Gilles Villeneuve continued the trend of improvement seen at most circuits so far this year. Sebastian Vettel’s pole position time of 1’10.764 established a new track record.

Rubens Barrichello still holds the race lap record of 1’13.622, which he set 13 years ago. Could that fall today?

Last year’s fastest race lap was a 1’14.551 set by Lewis Hamilton. With the cars lapping seven-tenths of a second faster this year it looks like they will be close but not close enough. That may change if someone fancies a late stint on hyper-softs.