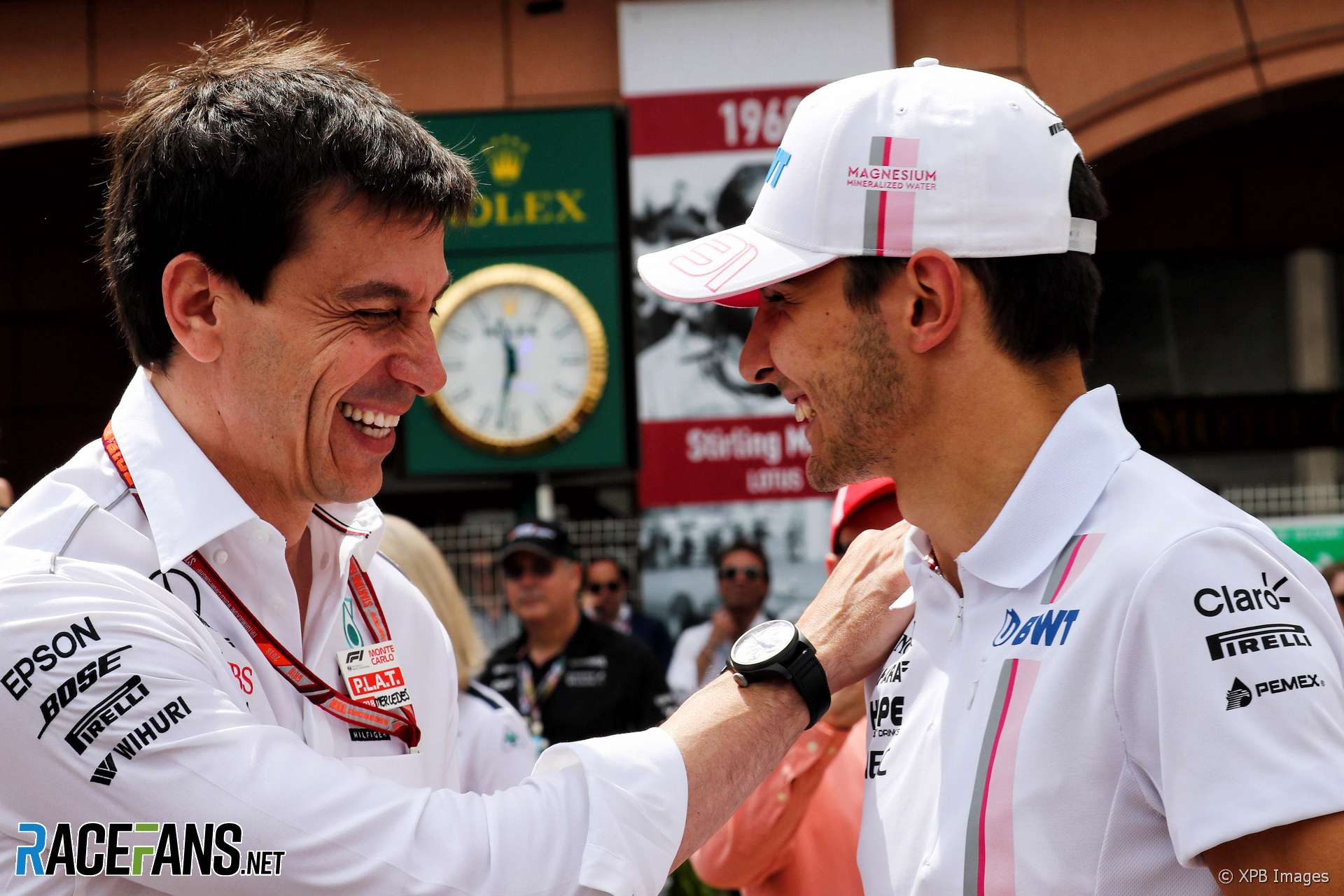 The Force India driver allowed Hamilton to pass him after the Mercedes pitted, which prevented Hamilton losing time which could have allowed Kimi Raikkonen to get out of the pits ahead of him.

This prompted accusations from unnamed rival teams that Mercedes told their customer team to move Ocon out of the way. But Wolff praised Ocon for acting on his own initiative.

“We were in a completely different race,” he said. “I actually thought that Esteban was doing the right thing, a clever thing for his own race.

“Rather than spending a handful of laps before he stopped, in his mirrors with Lewis behind him on a new set of tyres, he concentrated on his race. And that was I believe that was against a McLaren and another car. Clever.”

Force India technical director Andrew Green pointed out Ocon has previously let quicker cars through without instruction from the team, when holding them up might disadvantage his race.

“[In] race one, Melbourne, I think you’ll find there was a Mercedes drove through Melbourne in that race. No contact from us to [Ocon]. He knew he didn’t need to lose time with the Mercedes going through.

“He didn’t make it difficult for him, he lost the minimum amount of time. I can remember the manoeuvre, we said nothing on the radio to him.”

“We were running our own race, not against Lewis at the time, and we didn’t want to lose any time whatsoever,” he said.

“It was Alonso, if I remember right, that pitted just before and tried to undercut us, and what we didn’t want to do was lose any time at all with Lewis such that Alonso would have a chance to get us, which is why we told Esteban not to lose any time to Lewis.”

In fact Alonso made his pit stop five laps after Ocon let Hamilton through. However he was the closest car behind Ocon which had not yet pitted, making him the biggest threat to their race.

“Our risk was losing out to Alonso and that’s what we were really focused on, which is why we told Esteban don’t lose any time with Lewis,” said Szafnauer.

“Because what you can do is hold him back for five, six, seven laps, he gets you anyway, but now you’ve lost out to Lewis and you’ve lost out to the guy you’re really racing. You’re not racing him on track because he’s pitted already, and you haven’t. He’s somewhere back here making time up.

“And that’s the reason we did it. So whoever complained can maybe start looking at how they go racing.”