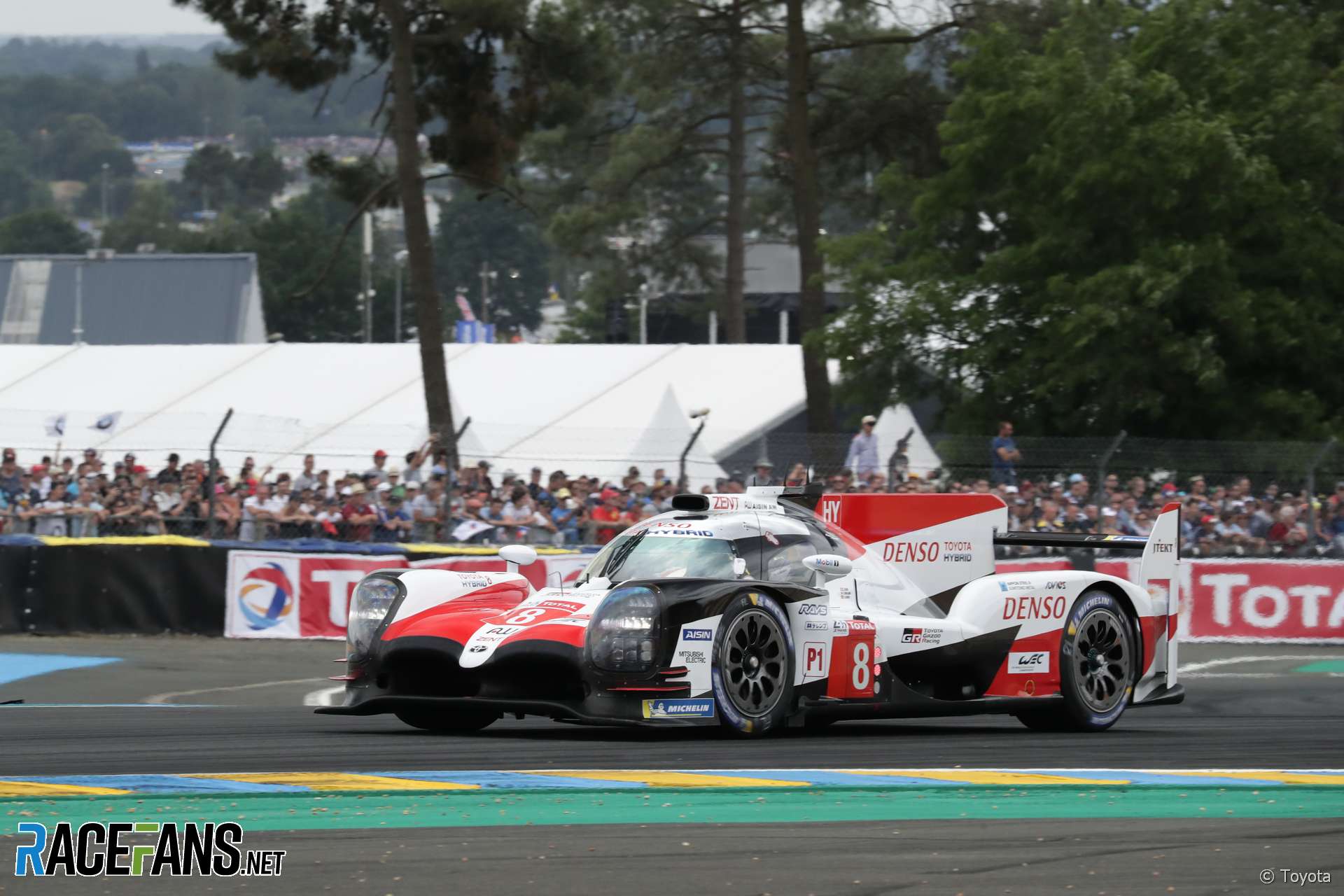 Toyota has finally scored its first victory in the Le Mans 24 Hours after dominating the 86th running of the event at the Circuit de la Sarthe.

Toyota, the only manufacturer left in the top LMP1 category, cruised to a widely-expected victory in which it never needed to run its cars to the maximum. As pre-race testing suggested its closest rivals were Rebellion’s two R-13s but the closest of these finished a dozen laps in arrears.

Rebellion’s promising line-up of Andre Lotterer, Neel Jani and Bruno Senna was delayed by a first-corner clash with one of the Toyotas. But their performance deficit of almost two-and-a-half seconds per lap ruled them completely out of contention. The sister car of Thomas Laurent, Mathias Beche and Gustavo Menezes claimed the final podium spot.

The LMP2 class-winning G-Drive machine of Jean-Eric Vergne, Andrea Pizzitola and Roman Rusinov came in fifth overall. The next 11 places were filled by LMP2 cars as a variety of problem wiped out Toyota’s token LMP1 opposition. These included the SMP car belonging to Jenson Button, Vitaly Petrov and Mikhail Aleshin.

Last year’s outright winners Porsche refocused its efforts on GTE Pro after quitting LMP1 and was rewarded with victory for the 911 RSR of Michael Christensen, Kevin Estre and Laurens Vanthoor. The Stuttgart manufacturer claimed a one-two for its heritage liveried cars: the ‘pink pig’ led home a Rothmans-aping 911 driven by Gianmaria Bruni, Richard Lietz and Frederic Makowiecki.

The GTE-Am class was won by another Porsche: the Dempsey Proton 911 RSR piloted by Matt Campbell, Julien Andlauer and Christian Reid.