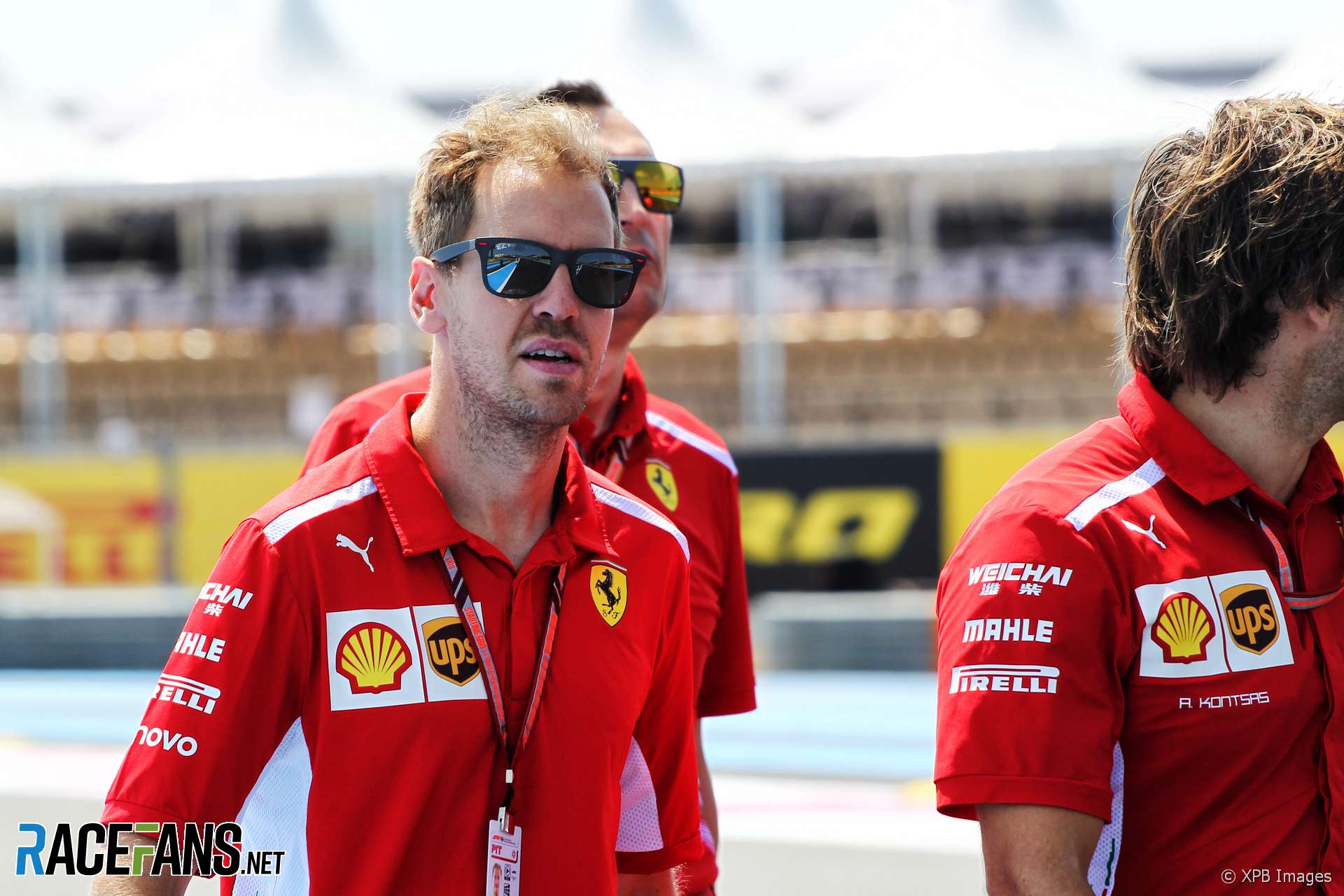 Formula 1 is back at the Paul Ricard circuit for the first time since 1990.

While many of the more experienced drivers have never raced at the track before, some of the more recent arrivals have. Here’s what they had to say about the new home of the French Grand Prix.

“Not the most exciting track”

Sebastian Vettel is already think about other possible venues for the French Grand Prix.

I think maybe this race track is not the most exciting track we have in France. Maybe there are other ones. But who knows. If the French Grand Prix stays on the calendar, which I hope, it might be nice to go somewhere else.

I’m looking forward to it in general. It’s known as a test track here, not a race track, I think already now we come in we have more colours, more people, more things going on, it looks already a lot nicer.
Sebastian Vettel

Pierre Gasly says he is “super impressed” with how the track has changed since he last visited it and is grateful for the chance to race in front of his home crowd.

The last time I came here was in 2014 and there are now so many grandstands, much more people than I used to see here. I think we raced with Esteban [Ocon] in 2013 and I raced here in 2014, I won Formula Four and also in Formula Renault, so a lot of good memories.

It’s just unbelievable to come back here for my first home race. We are pretty lucky because all of the French drivers in the last 10 years didn’t have this privilege. It’s my first season and I get the chance to race my country, so an amazing opportunity.
Pierre Gasly

Sergio Perez hasn’t driven at Paul Ricard before but believes it is similar to the Shanghai International Circuit in China.

I think it’s an interesting track. Obviously when you come to a new track, it’s always something new that the driver can find something. Hopefully I’m able to find something special in the weekend and make a bit of a difference compared to our competition.
Sergio Perez

“You’ll have to be clever to be quick”

The track has also been likened to the Circuit de Catalunya in Spain but Valtteri Bottas isn’t confident Mercedes will be able to replicate the strong form they had at that track.

It’s very nice to see the French Grand Prix back in the calendar. I’ve never raced in France with a Formula One car, so it’s going to be good. I’ve raced here before in junior categories, nearly ten years ago, but it seems there is a very strong fan base here in France and already today, coming to the circuit, I saw so many fans and they seem to be very exciting about getting the race back in this country. That’s very good and I’m sure we’ll be very well supported this weekend.

The circuit is not the easiest one. I know some people have said it’s not exciting, but as a driver, when you look at all the details, on how to be quick and how to make the perfect lap, it’s a quite interesting circuit, in that way. It has many corner combinations, many technical sections, meaning you’ll have to be clever to be able to be quick. There’s a lot of different types of corners, there’s the chicane, very long high speed corners, slow corners and if you have a good car for sure you’re going to be very quick here.

Initially it looked like the Tarmac was identical to the one in Barcelona, but it seems it has been breaking up a little bit and became more rough. So it’s not similar to Barcelona’s, at the moment. Regarding tyre compounds we have a softer range than in Barcelona but we tend to prefer the harder ones, so I think what we have here it’s OK. Honestly we don’t come into this weekend thinking we are the quickest, we think Ferrari is the team to beat here.
Valtteri Bottas

“Corners have been redesigned to help overtaking”

While some drivers have complained the decision to use a chicane on the Mistral straight will make overtaking more difficult, others pointed out subtle changes to the track layout could encourage passing.

Already we will have a better idea but as a venue, I think Paul Ricard can only be the best venue in France at the moment to host the French Grand Prix.

13 comments on ““Not the most exciting track in France”: F1 drivers’ first impressions of Paul Ricard”