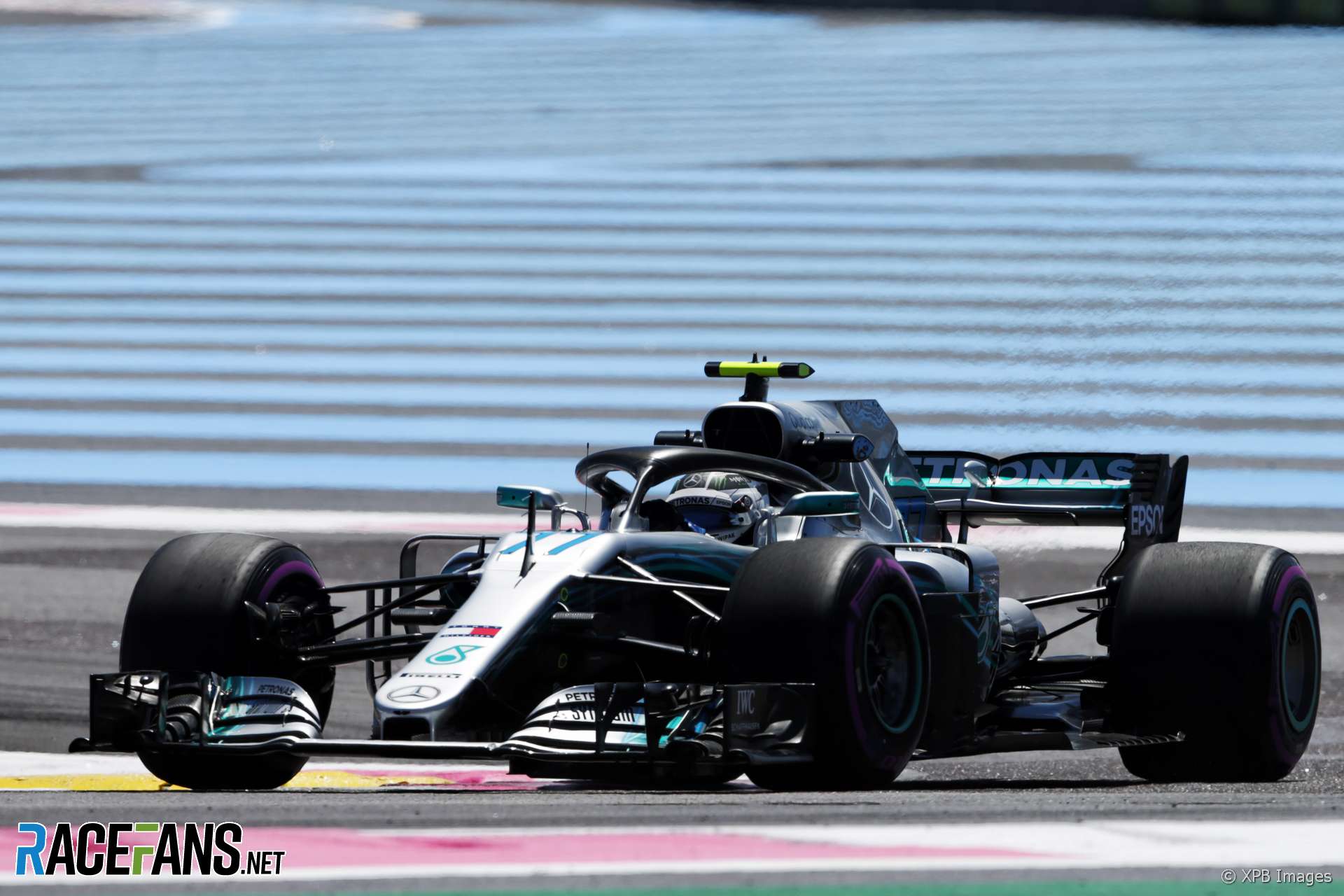 Mercedes has not run its upgraded “Phase 2.1” power unit to its maximum potential yet according to the team’s drivers.

Lewis Hamilton headed both practice sessions as the team and its engine customers ran new engines, turbochargers and MGU-Hs for the first time.

However Valtteri Bottas only managed seven laps in second practice after a water leak was discovered on his car.

“I only got a few laps in, then we had a water leak which we’re currently investigating,” said Bottas. “Unfortunately, that meant that I didn’t really get a lot of long runs in.

“We were running the new spec engine today which felt fresh and good, but we didn’t run it yet in full power, so there’s more to discover.

“We need to identify the cause of the water leak, but we’re confident that we continue to run the new engine. We looked competitive in both sessions today, but we know that Ferrari has performance in hand on Fridays, so let’s wait and see what tomorrow and Sunday hold for us.”

Technical director James Allison said the team had “moved mountains” to have the upgraded power unit ready in time for this race having postponed its planned introduction two weeks ago. Hamilton thanked the team for ensuring it was ready in time.

“The new engine feels clean and fresh but we won’t really know its full potential until tomorrow when everyone gets to turn their engines up,” he said. “I’m grateful for the hard work that everyone put into it back in Brixworth. They’ve been pushing so hard to get this engine and do it in the right way.”