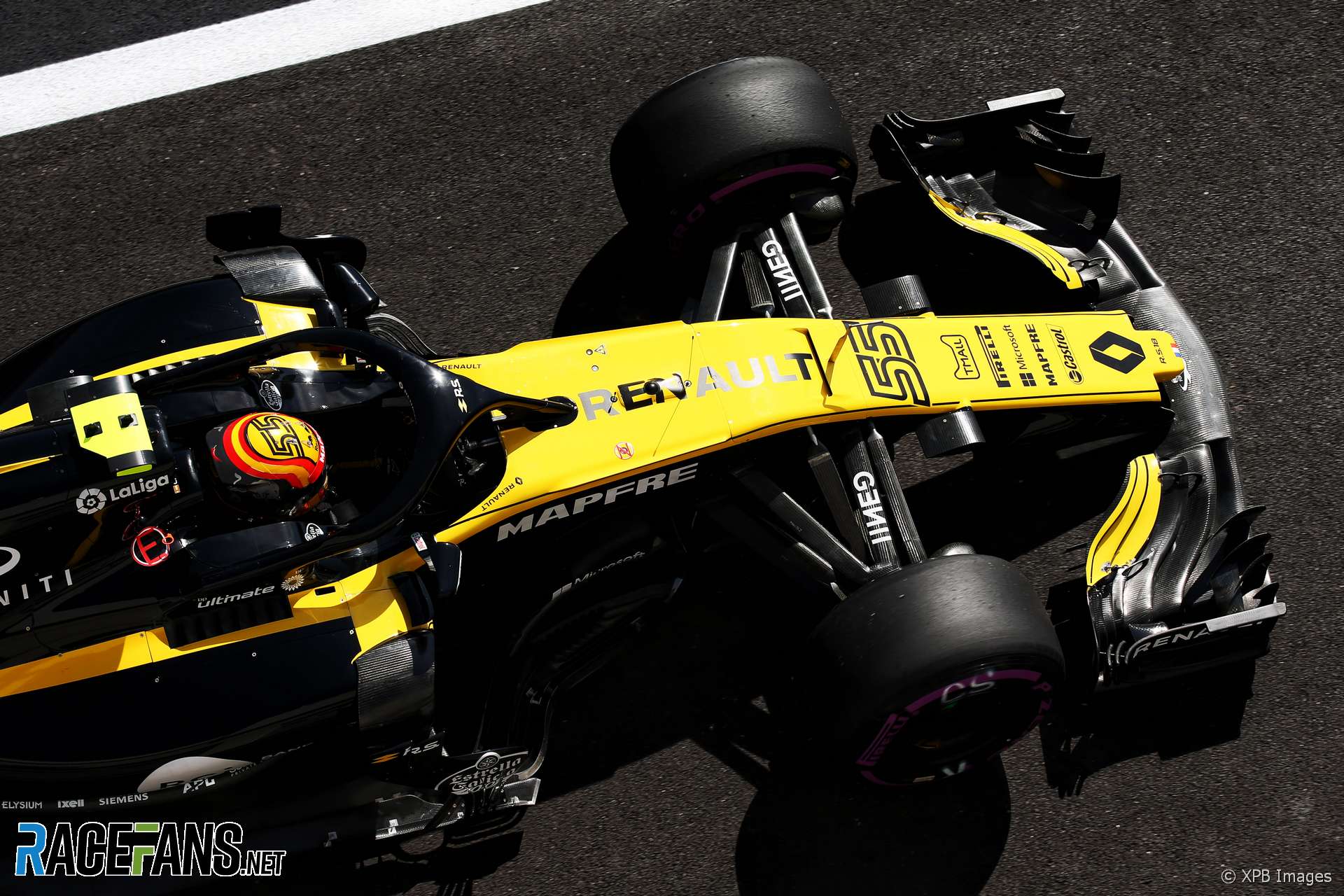 Mercedes’ strong showing on the first day of practice for the French Grand Prix was not unexpected. The similarities the track’s layout and surface have to those at the Circuit de Catalunya, where Mercedes finished one-two, were an obvious pointer.

But the seven-tenths margin Lewis Hamilton had over his closest rival is surely an exaggeration. Even if, as Mercedes point out, they haven’t turned up their new-specification engines to the fullest yet.

Sebastian Vettel in particular has consistently made big lap time gains from Friday to Saturday so far this year. The driver who’s taken four of the seven pole positions so far this year seemed to acknowledge as much on Friday at Paul Ricard as he indicated he was not unduly concerned about his car’s one-lap pace.

Red Bull, as ever, are less likely to be outright contenders for pole position. Perhaps acknowledging this, they have an extra set of the soft compound tyres available compared to their rivals. The RB14s ran well on this rubber in first practice – Daniel Ricciardo headed a significant chunk of the session. This raises the possibility of them using the harder rubber in Q2 and starting the race on them.

This might have been a bigger advantage had the race looked likely to be a two-stop strategy for those who choose to qualify on the softer compounds. But based on today’s running that doesn’t seem likely to be the case.

“I don’t want to be pessimistic but a one-stop is maybe even more on the cards now we have done the long runs. But you know on Sunday things can change, things get a bit more critical when you start pushing a bit more.”

The decision to fix the pit lane speed at the lower limit of 60kph this weekend, increasing the penalty of making a pit stop, will give drivers a further incentive to stop just once. And the falling track temperatures expected over the coming days should ease the strain on the tyres, as Valtteri Bottas pointed out.

“[Friday] with the ultra was really hot,” he said. “We think it’s going to be a bit cooler [Saturday] and Sunday which is going to make it more durable.”

Haas underlined the impression that car performance at this track will be much the same as it was in Spain. Romain Grosjean was comfortably the best of the midfielders, and his home race is surely his best chance yet of finally scoring his first points of the season.

Behind Haas there should be a fierce scrap for the final places in Q3 between the McLarens, Renaults and Force Indias. Pierre Gasly could also get in the mix with his upgraded Toro Rosso, but team mate Brendon Hartley is concerned about a possible penalty following his stoppage in second practice.