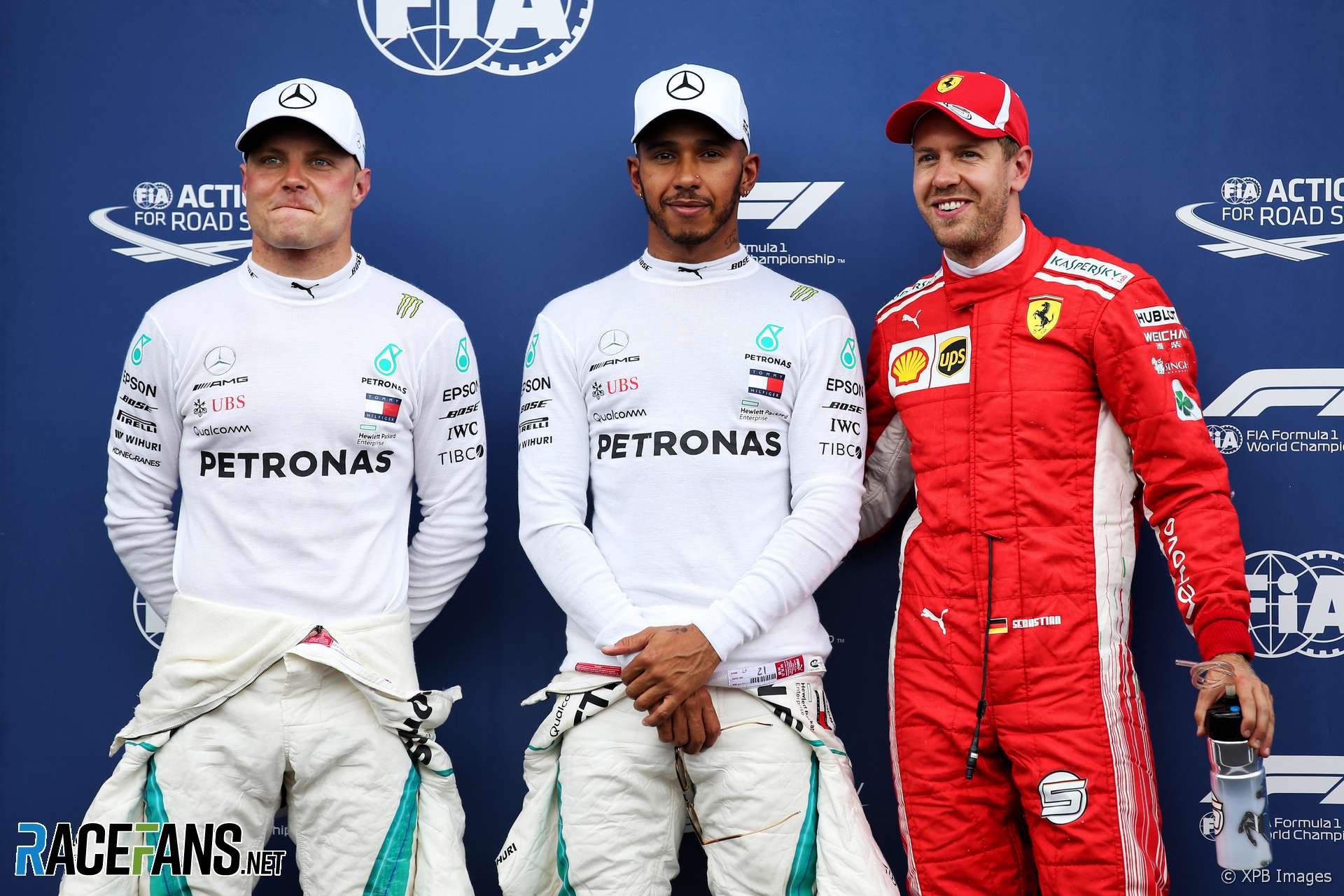 The pair pushed Sebastian Vettel’s Ferrari down to third place and will start at a strategic advantage having opted for the harder super-soft tyres in Q2.

Charles Leclerc impressed by qualifying his Sauber an excellent eighth. But it was a poor session for McLaren as neither car made the cut for Q2.

McLaren’s poor start to 2018 hit a new low in the first round of qualifying for the French Grand Prix as for the first time this year both drivers failed to progress beyond Q1.

A strong performance by the Sauber drivers was partly their undoing. Marcus Ericsson, notwithstanding his limited practice running due to a crash yesterday, reached Q2 for the first time this year, joining his team mate.

That pushed Fernando Alonso onto the cusp of the drop zone. Sergio Perez’s final lap delivered the coup de grace, consigning Alonso to elimination along with Stoffel Vandoorne.

Only the struggling Williams pair looked no kind of threat to the McLarens. Lance Stroll ended up at the bottom of the times after running wide at the exit of turn two and being launched into the air briefly by the aggressive kerbs.

The rain which had been forecast to fall at the end of Q1 arrived on time, and Q2 began in steady, light drizzle. But it wasn’t enough to force drivers onto wet-weather rubber.

However while most teams opted for the ultra-soft tyres, Mercedes and Red Bull took the strategic option by fitting the super-softs. While Mercedes comfortably had the pace to get through on the harder rubber, it was a close-run thing for Red Bull. Ferrari stuck to the softer compound tyres which they will start on.

However the shock development of Q2 came from Charles Leclerc. The Sauber driver produced a peach of a lap, a huge eight-tenths quicker than team mate Marcus Ericsson, which lifted him into the top 10 as the minutes ticked down.

Nico Hulkenberg was the last driver who had a shot at beating him, but the Renault driver fell short by two hundredths of a second. Leclerc therefore joined the other Renault of Carlos Sainz Jnr and the Haas pair in reaching the top 10 shoot-out.

The Mercedes drivers headed the times after the first runs in Q3 but there wasn’t much to separate them: Hamilton was less than a tenth of a second behind Bottas. Vettel was a similar gap behind in his Ferrari but Kimi Raikkonen was almost half a second slower, a deficit which the Red Bull pair took advantage of.

An error by Romain Grosjean at turn three brought his participation in qualifying to an end. The Haas driver skidded off and hit a barrier nose-first. Unable to select reverse gear, he had to climb out of the cockpit while the session was red-flagged.

Q3 resumed with enough time for the remaining drivers to do another run. However Raikkonen’s final effort did not go well: He ran wide at turn three, and later complained he’d had a slow puncture.

Vettel’s final run was scruffy – he ran wide more than once and wasn’t able to close on the Mercedes. Bottas made Hamilton work for his pole position, though. His last effort put the number 77 Mercedes ahead, and it took a final flying effort from Hamilton, with a superbly quick sub-40 second final sector, to reclaim the top spot.

Max Verstappen took advantage of Raikkonen’s troubles to put his Red Bull fourth. Sainz led the midfielders and will be joined on row four by the impressive Leclerc, who capped an excellent session by out-qualifying both Haas drivers.