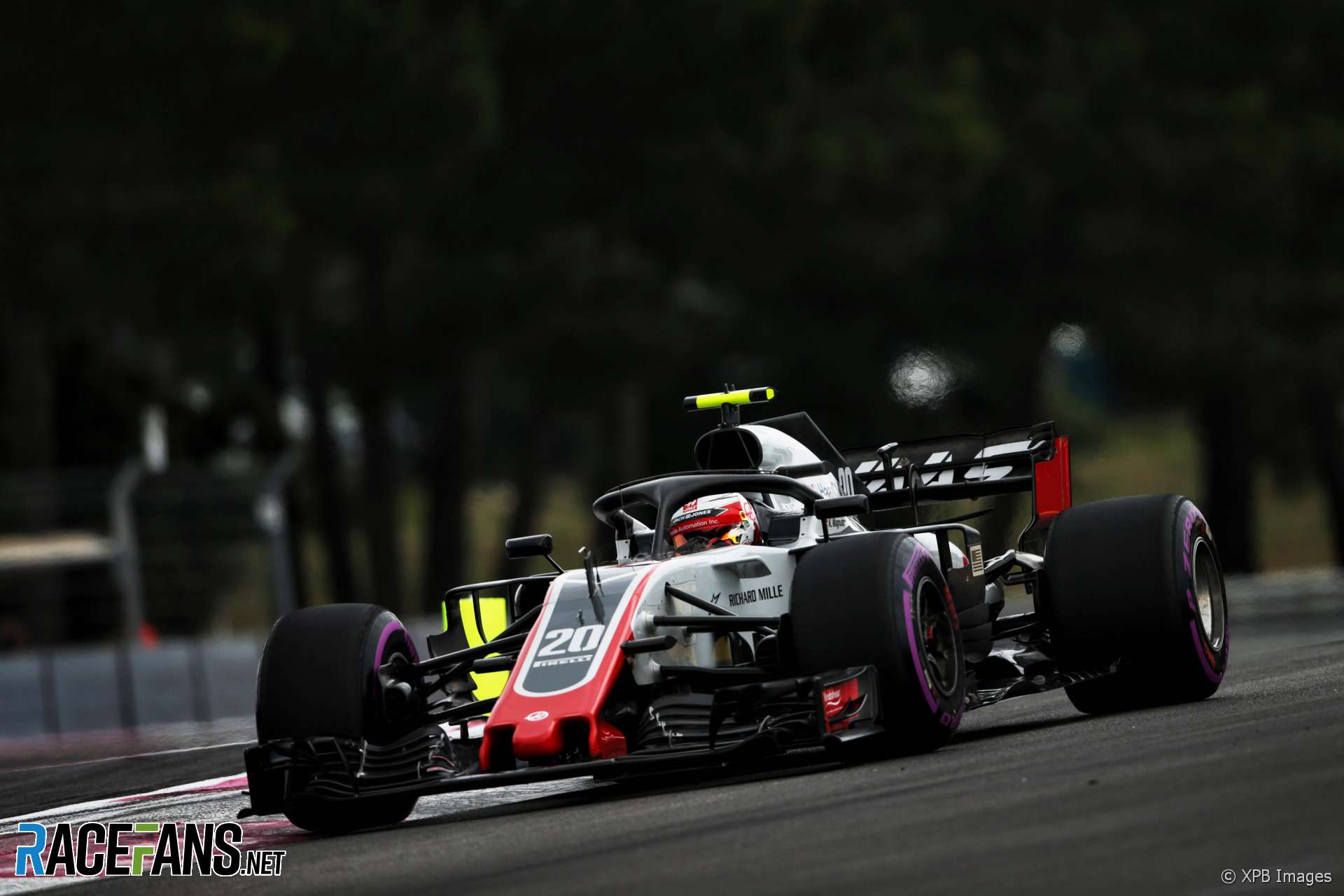 Haas team principal Guenther Steiner is unhappy his drivers are starting on the fifth row of the grid instead of the fourth.

Romain Grosjean had been comfortably quicker than the team’s midfield rivals in practice and both the team’s cars reached Q3. However they were beaten to the fourth row of the grid by Carlos Sainz Jnr’s Renault and Charles Leclerc’s Sauber.

“They should be seventh and eighth, easy, and they’re ninth and tenth,” said Steiner. “We’re not where we should be but at least we’re starting in points positions already so we need to make our way forward, not backwards this time. If nothing happens, which it for sure will.

“But anyway, it’s good to be upset when you’re in Q3 with both cars – we can be bad but we need to be better. I think the only thing we need to do tomorrow is go hard, we need to go hard.”

Grosjean failed to set a time in Q3 after crashing on his first lap. Steiner said the team had decided “at the last minute” to run a set of old tyres for that lap.

“I don’t know if he just lost it and went into the wall. We thought it was going to rain harder and then we would’ve gone out with new tyres to make a lap, but then we decided no let’s put the used ones on because we don’t have two sets of new ones, obviously. And then was the aero balance out or not? We need to look at the data because if it was this or something else or hitting the kerb too hard, I don’t know yet.”

Kevin Magnussen’s flying lap was spoiled when he was held up by Kimi Raikkonen’s Ferrari.

“We looked at that and it was erratic,” said Steiner. “It’s disappointing to end up in this position. There are not many cars out there and then we end up with this one.

“It seems to always be happening to us. And I don’t think Kevin did anything wrong, he just tried to do his lap and he didn’t know what was happening. I just saw a point on the GPS system and then it was… you know what he said, you know – it starts with ‘f’.”

The stewards decided not to penalise Raikkonen for the incident.

10 comments on “Haas pair “should be seventh and eighth, easy” – Steiner”