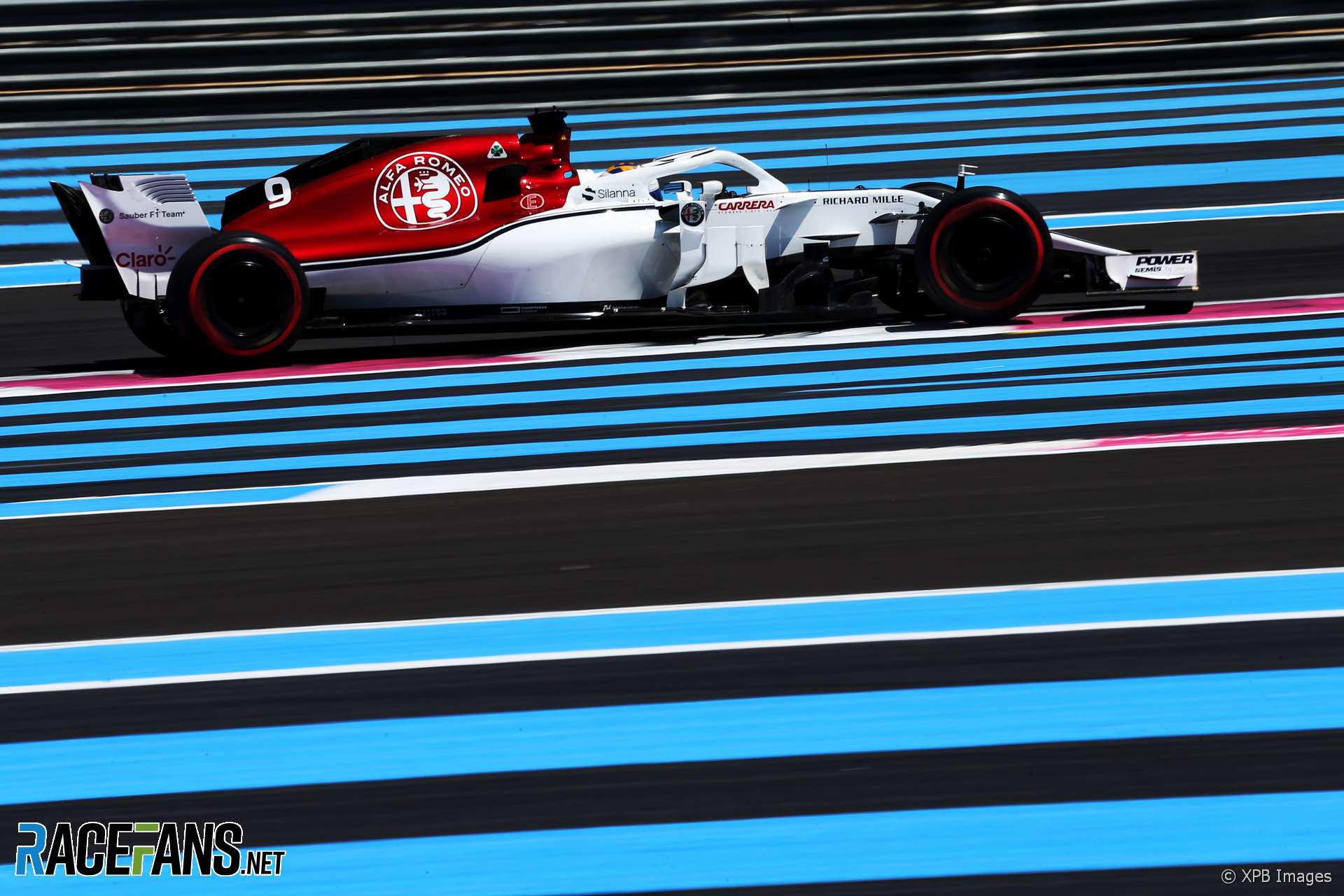 In the round-up: Marcus Ericsson suspects a change in wind direction contributed to his heavy crash during practice for the French Grand Prix.

I turned in like every other lap, not going any faster or anything different. And I just lost the rear end completely. It was one of those strange crashes that you don’t really find a good explanation [for].

We’ve analysed it a lot afterwards and can’t really see anything apart from the wind being quite different that lap compared with other laps. I had a lot less headwind so I had a lot less downforce because of that.

If that’s enough to lose a car completely like that, I wouldn’t think so, but it’s the only thing we can find. It’s really strange.

Hey @WilliamsRacing, we really like you and @sirotkin_sergey but can we keep visit times to outside the sessions?

Want to know where all the fans for 1st practice session for 1st #FranceGP in 10yrs are? Sat in traffic – just heard it took tour operator 2hrs40 to cover 70kms; 2hrs for last 10kms. pic.twitter.com/hECjlffOAQ

Empty grandstands at Paul Ricard as 65,000 people are stuck in traffic on the single road in and out of the track. #frenchGP pic.twitter.com/Mw0qRD5dRb

Re; Paul Ricard traffic woes, this shouldn't be news – abundantly clear was always going to be an issue, single track roads to circuit with v limited accommodation close to the track

Paul Ricard promoter did a good job. Nice place, good track, good services. They Just forgot a little information: do not come if you have not an helicopter. Rest is fine

There was a certain lack of promptness in the arrival of a fire extinguisher at the scene of ERI's shunt. Marshals stuck in traffic?

You know when a Sport is in poor health if it’s biggest story of the day is traffic congestion. #F1

Following today’s attendance, all parking lots around the circuit will be open tomorrow as of 6.30am. For further informations (access roads)⬇️https://t.co/71RR9V9Q6m

Paul Ricard is a huge mess of layouts and looks like some secret polygon in the middle of nowhere, and I for one think that's actually really cool. #F1

Would be great if the @F1 'F1 Insight' technical graphics were actually correct – those Force India bits highlights aren't new! Anyway, nice to see some effort…

Anorak note for fellow race track geeks: @PierreGASLY raced on the 1990 #F1 @PaulRicardTrack configuration when he was in French F4 seven years ago. He won both races beating, among others, @SebOgier. #FrenchGP

Dixon to McLaren? The 2019 IndyCar silly season is ramping up (Racer)

"A final angle to consider is whether a small portion of the $270 million McLaren investment made last month by Canada’s Michael Latifi could be earmarked for the brand’s IndyCar expansion. Sources in Canada have suggested Latifi, whose son Nicolas races in F2, is interested in Formula and IndyCar, which could quiet the need for Honda funding."

From Track to Research - New Helmet Standard (FIA via YouTube)

The French GP is back: ‘We love F1 here, its return is good for everybody’ (The Guardian)

Jacques Laffite: "It is stressful but I love it, to race in my country. It felt like a real home race, especially with Ligier, and Gitanes in a French blue car. It was fun to see all these people supporting us."

"We think the reality of making it happen in Sydney or Victoria is difficult, simply because shutting down Sydney is impossible and in Victoria they have got the Formula 1 Grand Prix which is a significant investment. We have always thought South Australia is the next logical location."

"The surrounding countryside is wonderful and rolling with the mountains overlooking the track, but the circuit itself is on a plateau and therefore flat, creating its own problems."

@Ju88sy was one of several fans caught in the traffic at Paul Ricard:

Having left Toulon at 09:30 still 4km away from the circuit at 15:42, incredible screwup by the circuit organisers. Why have they sold so many car park tickets? Today is Friday, typically a quiet day to attend a GP and the traffic has resulted in a wasted.

We have already put in a request for compensation. The circuit organisers have a lot of questions to answer about how they could screw up so badly for thousands of fans, will be missing FP2.
@Ju88sy