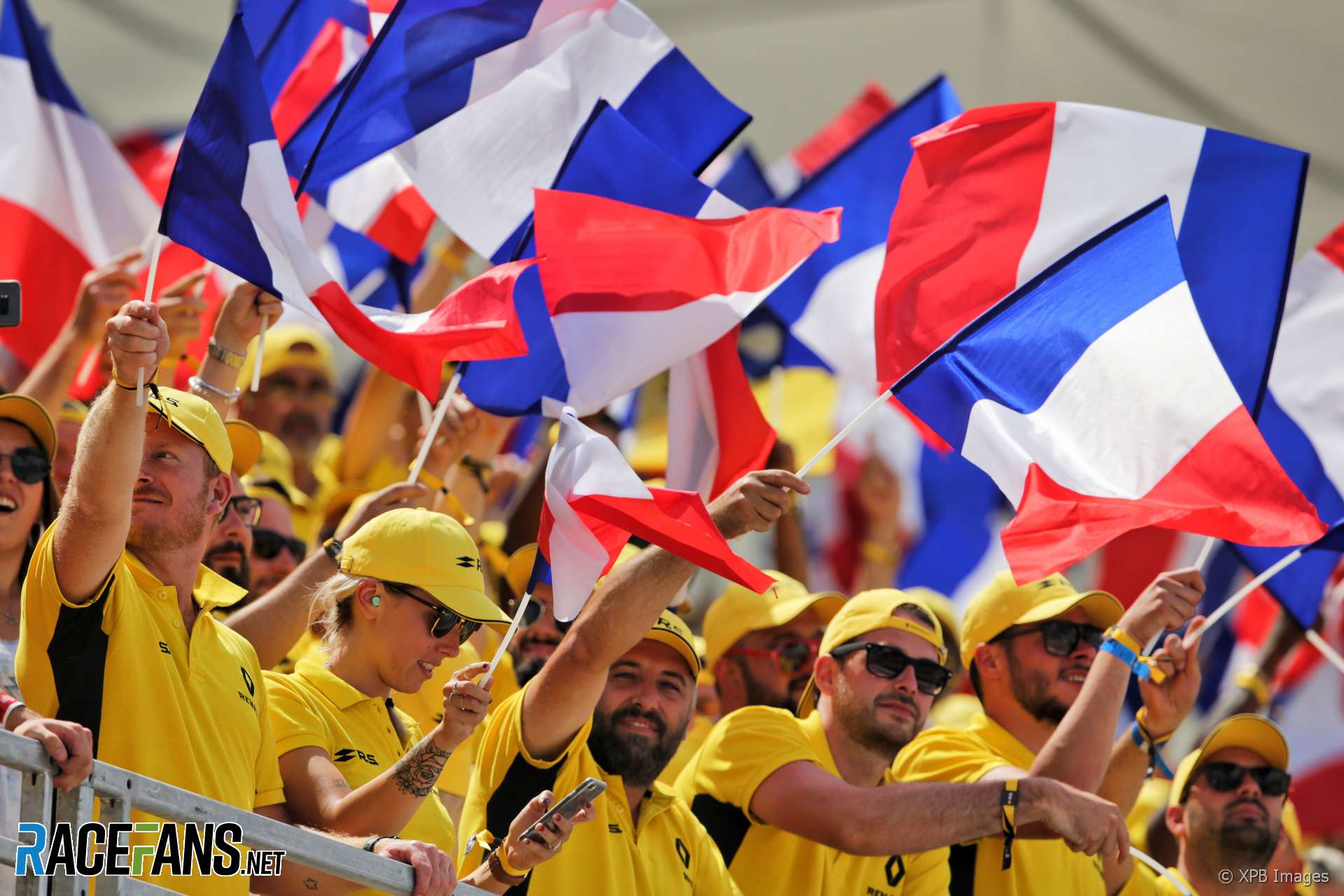 Formula 1’s long-awaited return to the French Grand Prix was spoiled by four days of woeful disorganisation which made getting to and from the circuit a misery for fans. @DieterRencken reflects on his experience of Paul Ricard’s first grand prix for 28 years.

After checking out of my cottage I hit the road, arriving at circuit around 30 minutes later. Again my (barricaded) route is manned by two gendarmerie and blocked to non-pass holders, so is devoid of traffic. This, within earshot of the historic sports cars chasing each other around as part of the support package.

Then it hits me – even though I left home two hours later than usual it’s still over six hours to the race. My sentiments are echoed by a team media officer whom I see en route to Ferrari for breakfast. “Yesterday was the longest day I’ve ever spent while working in F1,” she says. “We left the hotel at 6am to ensure we beat the traffic and arrived back at the hotel well after midnight…”

Breakfast consists of yoghurt, fruit, toast with delicious orange marmalade, followed by tea and a sweet pastry the Italians are known for. Just what I need given that lunch will be served after 2pm.

I catch up with my good friends at Williams, and leave much saddened: That such a doggedly tenacious team finds itself in such dire straits. I reflect on the fact that two ‘doors’ away McLaren has hit similar straits, with both legendary British F1 teams now firmly stuck at the back of the grid – with seemingly no way out.

Clearly the media sympathises with Williams’ plight, for the team has not come under the merciless attacks aimed at McLaren. Why one, and not the other? Could be about humility, I wonder? That Williams openly admits to its failings, and works with the media, not against the pack?

I also chat with Chris Murray, Williams head of marketing and a man who’s been around the F1 sponsorship block more than a few times. We discuss the legal complications teams faces due to different territorial restrictions – a surprisingly fascinating area of discussion we will cover here later.

Still four hours to the race, and stands are filling up. How they managed to get in is beyond me; how we’ll all get out afterwards is a major worry. I put the matter aside by more sleuthing, including a chat with Gerard Neveu, who confirms a “strong chance” of a date clash for Sebring, which in 2019 forms part of WEC, and is scheduled for 13-16 March, the weekend currently pencilled in for the Australian Grand Prix.

Saliently Fernando Alonso will be under contract to Toyota then but, as things presently stand, not an F1 team. Assume he’s leading the World Endurance Championship in early 2019, which seems a safe bet, where do you think he’ll race?

Lunch at Mercedes, where the televisions are tuned to a World Cup match. A few of my colleagues have donned blue/red/white shirts in support of their team, and for a moment I thought they’ve become French. I admit to being similarly confused when blue/white/red flags were waved in both the French and Dutch driver ‘areas’ before the start…

A blessing, though: The media centre is absolutely deserted until 3:30pm, allowing me to crack on with work.

I hit the grid, then realise the cars are on their out-laps – 10 minutes early, following requests from Liberty for more media access time with drivers. Has it worked? Of course not: F1 being F1, the first instinct is to circumvent new regulations, so drivers complete their out-laps, park the car and retreat to their garages until compulsory appearance for the national anthem. The regulation will need to be rewritten, or scrapped.

The race starts, which I watch on FanVision as the media centre is insufficiently equipped with TVs, so much so that many colleagues wander across to the photographer room, where desks are empty during the race. Another fail by French Grand Prix organisers.

Race over, I head off to the paddock in search of interviews. Due to the later start and traffic situation most drivers and team bosses have headed off to the local airport (charter flights) or to Marseilles for the 10pm flight to London.

This is why you will have noticed a paucity of post-race coverage thus far across much of the F1 media. Where we would usually have around 12 scheduled interview sessions, in France we have just five. Another side-effect of grand prix’s woeful (dis)organisation.

Despite tales of traffic chaos I risk departure, and promptly spend 45 minutes at stand-still before eventually reaching the “F1 Lane” to Marseilles – where I’m booked into a hotel near the airport. The 40 miles eventually take two-and-a-half hours, so I check in well after midnight.

I reflect on the weekend: Despite £12m in taxpayer funding, the promoters couldn’t organise a sandstorm in a desert and, frankly, deserve to lose the race unless cast-iron guarantees – including full ticket refunds and additional compensation for fans – are provided to Liberty, and in turn to the public.

That, though, won’t happen: too many politicians are involved, plus Liberty puts its share price ahead of fan engagement.