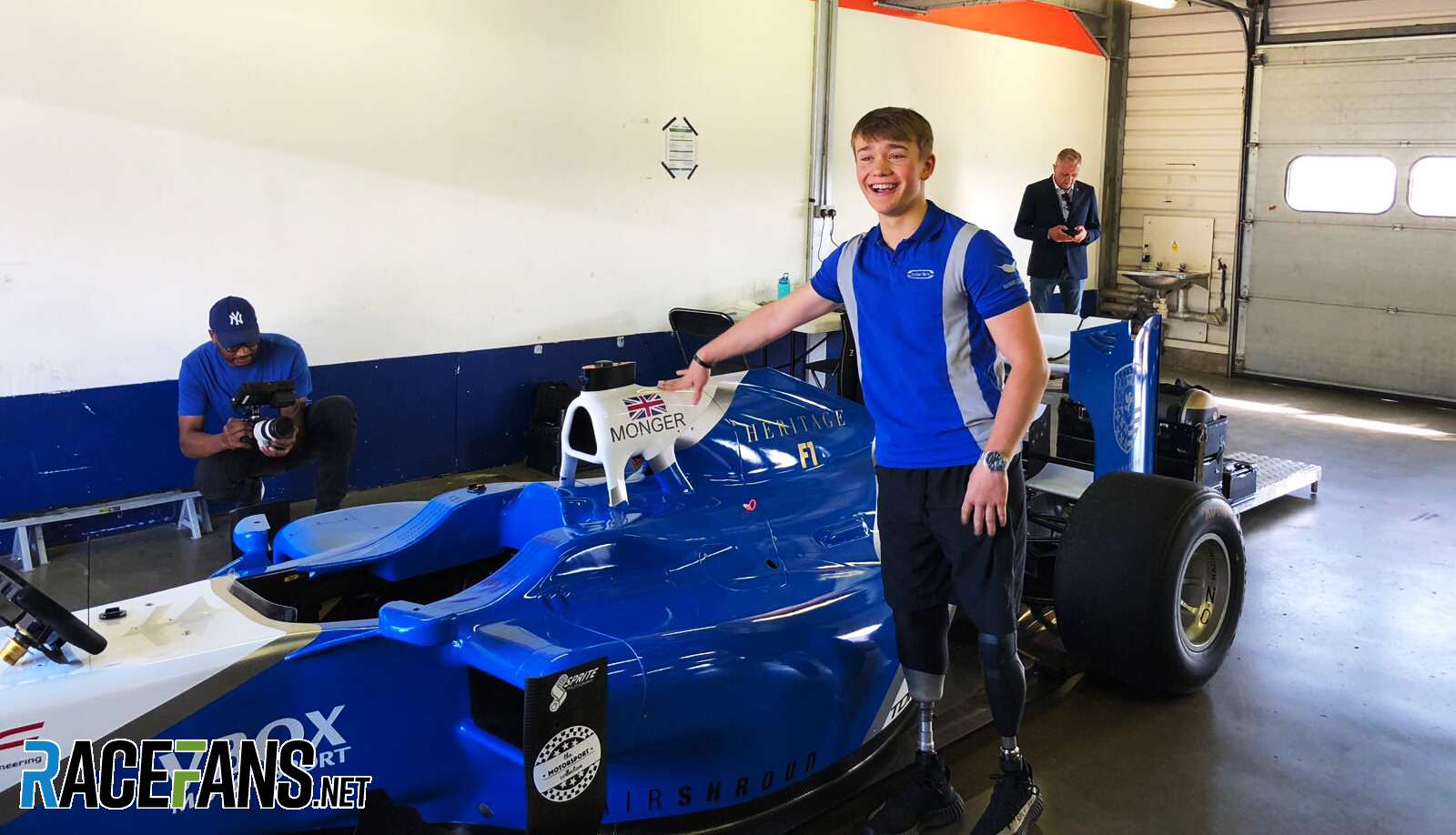 British F3 racer Billy Monger has been given a surprise test in a Formula 1 car built by Sauber at the Rockingham circuit today.

Monger, who lost parts of both legs in a Formula Four crash last year, was unaware of the test which has been arranged by historic F1 car supplier Heritage F1.

The 19-year-old discovered this morning he will drive a 2011-specification Sauber C30 on the Rockingham Sports Car course where he has already raced earlier this year.

The car has been adapted with hand controls to allow Monger to operate it. One of the clutch paddles on the steering wheel has been replaced with a throttle.

Monger is having a seat fitting at the circuit in the car, whose modifications have already been track-tested. He is expected to have his first run in the car this afternoon.

The Sauber C30 was raced by Sergio Perez, Kamui Kobayashi and Pedro de la Rosa in the 2011 F1 season.

Time to take her for a quick spin 😉😛 #BillyWhizz pic.twitter.com/7GZ9ddYRVt