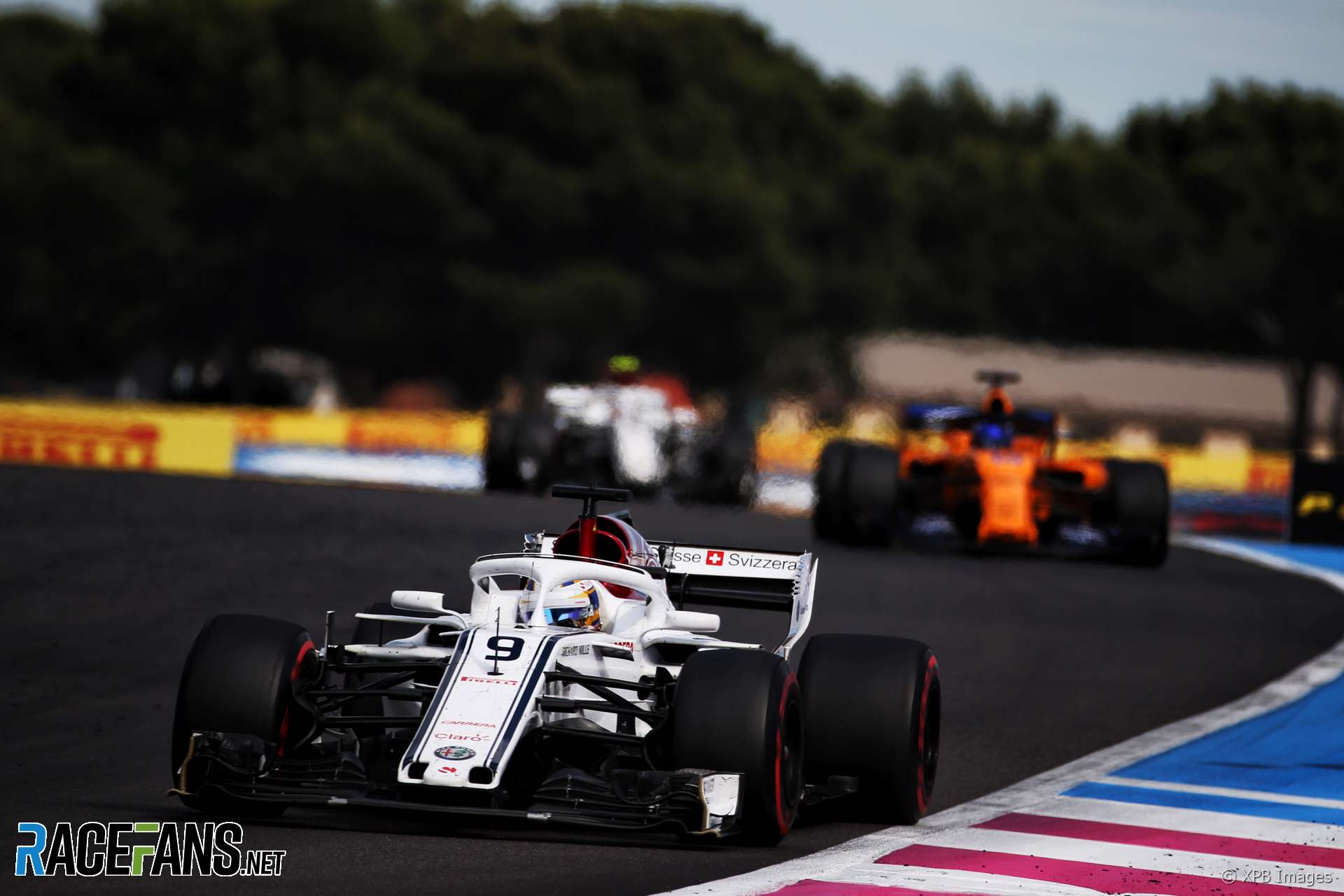 Marcus Ericsson says he needs an error-free weekend at the Austrian Grand Prix to keep up with his team mate.

While Ericsson took the team’s first points of the season in Bahrain, all their subsequent scores have come from Charles Leclerc. Over the past five races the team’s rookie Formula 1 driver has taken four top 10 finishes and decisively out-qualified Ericsson each time.

Ericsson said a heavy crash in the first practice session at Paul Ricard was the “biggest problem” with his weekend. “That puts you on the back foot and you’re always playing catch-up,” he said.

“I was on the pace all the way through FP1 so that was a step forward. It felt I was on the same level of Charles in FP1 before the crash whereas the last few weekends he’s been a bit stronger.”

Ericsson said he had the car more to his liking in France and hopes to be on a par with Leclerc in Austria. “I think the changes prior to the weekend with set-up and systems settings and stuff seemed to be in the right direction for me. I think we’ve learned some things there that we can bring to Spielberg.

“If we manage to have a clean weekend there without any crashes and other problems it will be interesting to see if I can keep up with Charles because he’s obviously extremely strong at the moment and doing a really good job with the car we have. With a clean weekend I hope I can be at the same level.”

Aside from his crash there were positives to take from last weekend’s race, said Ericsson, including “probably my best qualifying of the year with almost zero preparation.”

“I had eight push laps prior to qualifying going into the session. To put it in Q2 was really a good effort. In Q2 I was also one-tenth off Charles in the first run, and in the second run I did a mistake. I think we could have been a few places up. But overall it was a very good qualifying.”

He said he was still suffering from a lack of track time in the race.

“[In] the first part of the race it hurt me a bit that I didn’t have so many laps,” he said. “I was struggling a bit in the first stint and I also I didn’t really get the tyres to work after the Safety Car. I think I lost [Stoffel] Vandoorne and Brendon [Hartley] there in the first stint.

“But then I managed to get the tyres to work after 10 or 15 laps. I stabilised the time and when Fernando [Alonso] was behind he couldn’t really catch me, doing the same pace as the guys ahead.

“And then we did a good job around the pit stop, I pushed really hard to undercut Brendon and we managed to do that successfully. And then the last stint on ultra [softs] was actually quite good, we caught up the Williamses and overtook them, had a decent second half of the race.”