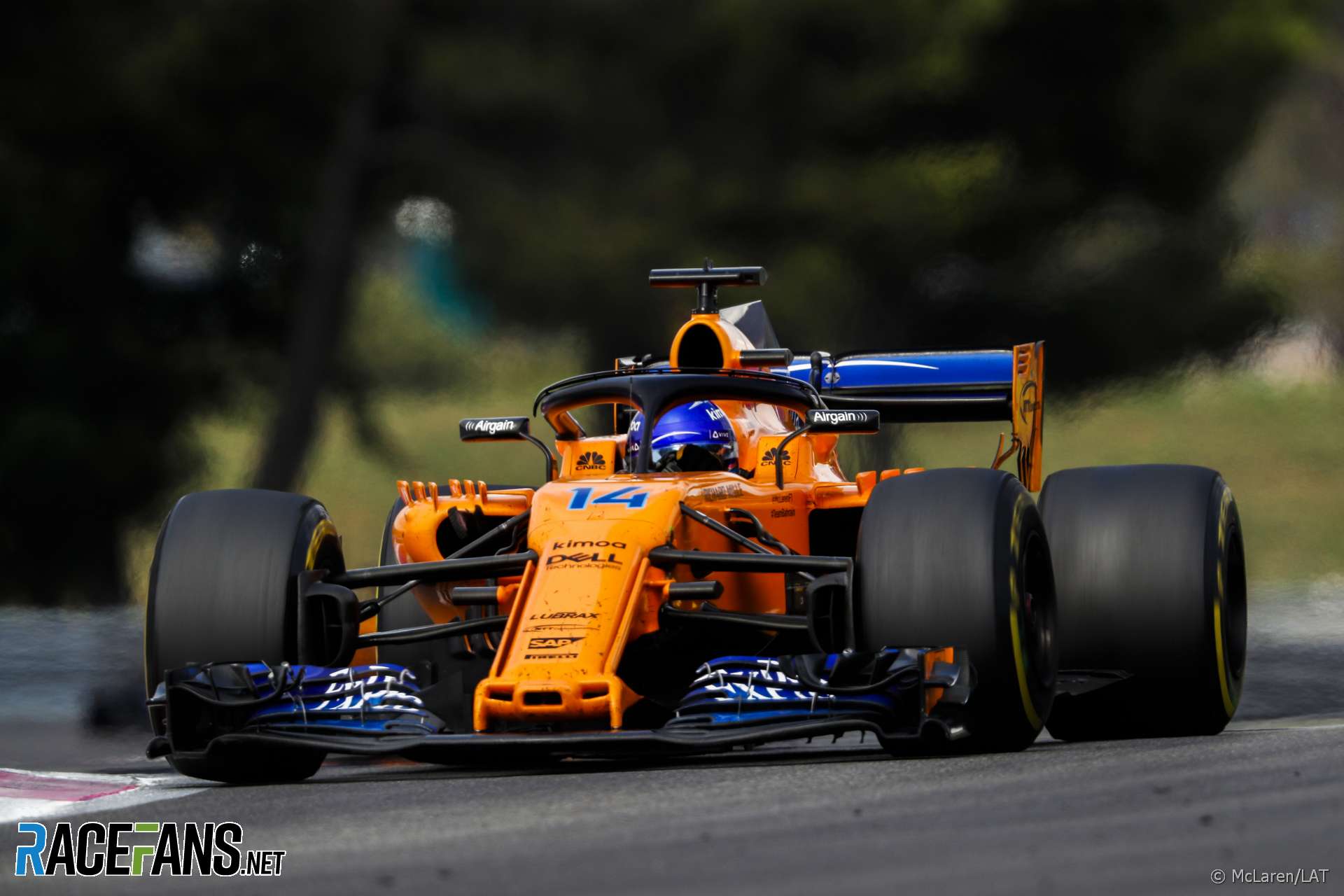 Fernando Alonso says the media’s coverage of McLaren’s performance this season has “exaggerated” the team’s plight in Formula 1.

Both McLarens failed to progress beyond the first phase of qualifying in France, which was the first time neither car has reached Q2 this year. However Alonso insisted the team’s performance was better than some media has presented it.

“A weekend like that, the only problem is the media attention it attracts,” Alonso told media including RaceFans in Austria. “Everything is exaggerated, especially in Formula One with all the polemics and all the things you need to sell every week.”

“At the same time we are not last. We are not getting worse and worse. We are not the worst team in the paddock. We are not all these things that we’ve been hearing for the last three days.

“We understand we have been uncompetitive and we are the first ones that want to improve that.”

Alonso pointed out the team’s race performance in Paul Ricard was better than its results indicated.

“If you see the results we were not good on Sunday,” he admitted. “But if you look at the race trace we were quite competitive on Sunday.”

“I started last, I respected the track limits in lap one so I was last. And then I changed from the back-up tyre for the yellow tyre on lap one, I was keeping the pace of the whole mid-group.

“After the incident with Vettel I was last by 10 seconds and even with that when Sainz and Magnussen did a pit stop they were just in front of us. So the pace of the whole first stint was very similar to Sainz and Magnussen which was definitely not [the case] on Saturday, [when] we were 1.5 seconds behind them.”